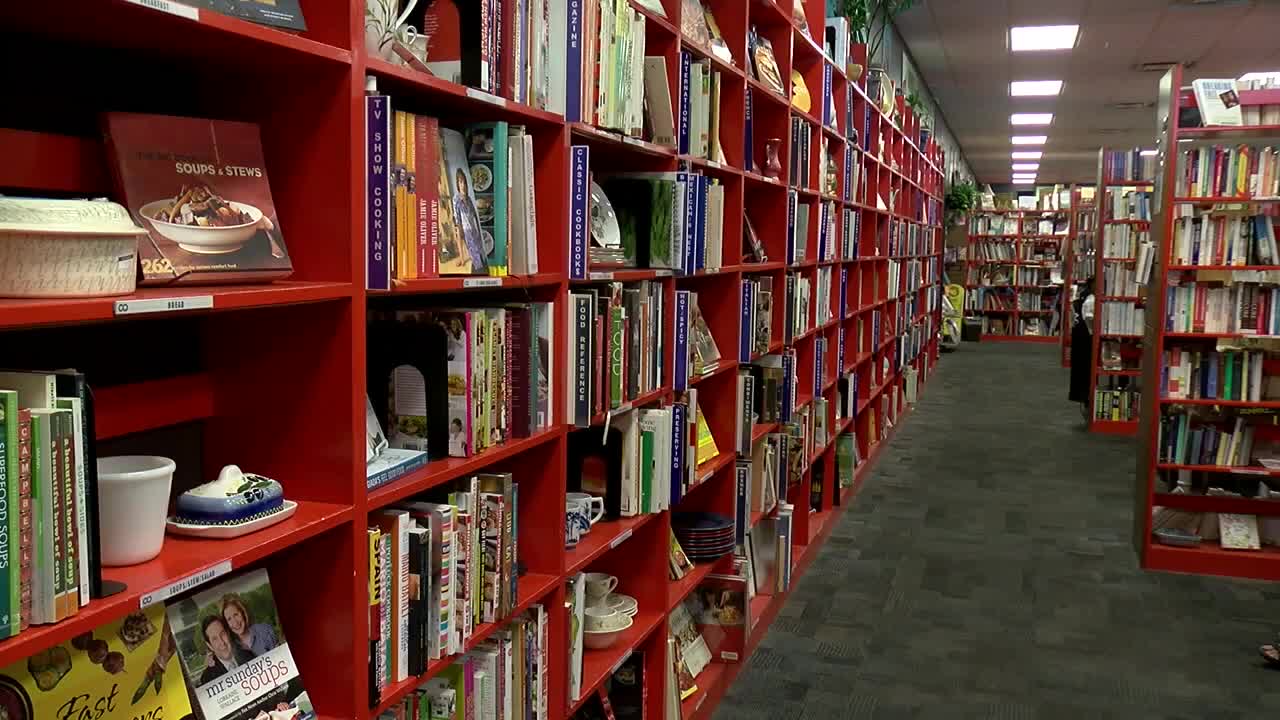 For decades that is how Bob Oldfather greeted his customers in his television commercials advertising Bookmans.

He encouraged them to trade in used books, music and magazines for money or store credit.

In 1976, he bought his father's store at Broadway and Tucson. Oldfather changed the name to Bookmans and changed the way Tucsonans bought books.

The biggest change for Booman's came in 1987.

"The idea of moving a book store into something the size of a grocery store was considered nuts," said Sean Feeney.

Feeney now runs Bookmans. He is describing the risky move to the old grocery store at the corner of Grant and Campbell more than 30 years ago.

"The iconic corner, the sign, which is still there on the corner. Bob's television advertising, sort of tied it all together and the business really took off from there."

Ironically, Bookmans has done well for more than 40 years because they do more than just deal in used books. Bob was willing to let the customers take his inventory in different directions.

"He tells the story of a customer coming in," recalled Feeney. "His turntable had been stolen. He wanted to sell all his LPs and that was the first time we handled any kind of recorded music."

That forever changed Bookmens into a vintage store, not just a book store.

Today, there are three locations in Tucson, two in the Phoenix area, and since 1990 a store in Flagstaff.

On a tour of the flagship store at Speedway and Wilmot, I discovered that Bookmans buys, sells and trades anything from comic books and collectable toys to instruments and records.

"Demand changes for our different products," said Feeney. "Five years ago records would have been buried in the back of the store, because they were and afterthought. Now they're right up in front and center."

Bookmans has also done well in recent years with musical instruments and hard to find DVDs.

But the bulk of the Boomans loaction is dedicated to books.

"It's the most expansive book selection that you can find in Arizona under one roof. Tremendous selection of fiction and nonfiction. Always dynamic and changing."

And the demand for books is back up according to Feeney.

Feeney is proud of his 227 long-time employees at the Bookmans locations, who are knowledgeable and passionate .

He is also proud of the Kids Corner found in every Bookmans. He says kids need a break from digital media and are still reading books.

"Print books are back on the up-tick. It starts with the fact kids still want to hold books in their hands. That sticks with them over the years."

Bookmans is still relevant and thriving after more than 40 years. They know the secret.

"Culture matters," said Feeney. "People want to consume it. As long as we're responsive to their needs we'll be relevant to their live."