You Can Now Buy A Jell-O Shot Jenga Set 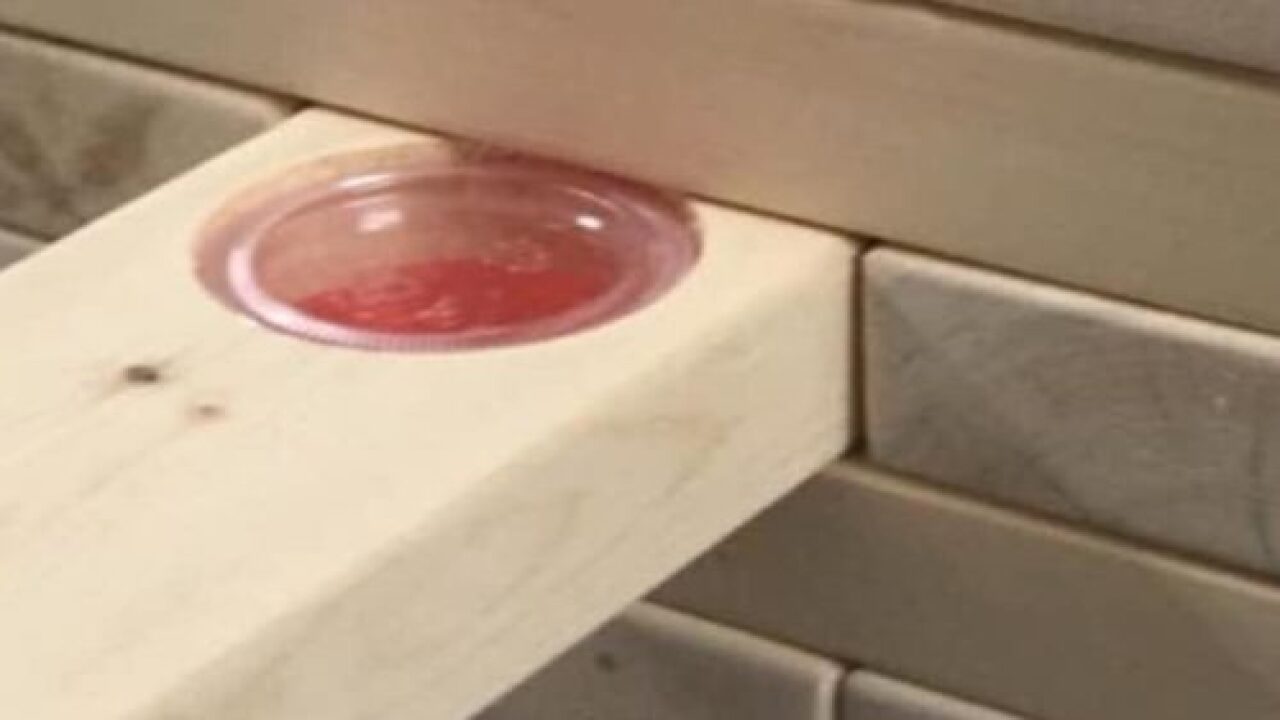 A Minnesota woodworker devised a handcrafted Jenga set for his Etsy shop — and it’s got a hilarious secret.

Brian Calteaux’s adult-sized “Little Tipsy” Jenga game hides 25 slots perfectly sized for cups of Jell-O shots. Pull out a Jenga block with a shot in it, and the shot is yours. (Whether that’s a good or bad thing probably depends on how many people are playing.)

The set even comes with tiny plastic cups and lids so you can start playing right out of the box. Here’s a pic from the Facebook page for Calteaux’s Stone Point Custom Woodworking, with Jell-O included:

The basic 25-shot set sells for $79 at Stone Point’s Etsy shop. You can add another 10 or even 15 Jell-O shot spots for an additional fee. It’s a game where everybody wins!

There is a bit of bad news, however: Calteaux is currently totally sold out of “Litle Tipsy” sets. He plans to bring them back, though, writing, “We are busy in the workshop making more!” on the Etsy page.

If you’re feeling impatient, there are other grownup games to check out in the meantime. Here are a couple to tide you over until Jell-O Shot Jenga makes its triumphant comeback:

This too-cute version of the college drinking game is a great choice for those nights when you don’t want to ruin the next day. Shot-sized tumblers replace the giant red Solo cups of yore, and the cups flip with a cute little flipper instead of by hand.

This one looks decidedly straightforward — always a good thing when drinking is involved. Players spin the wheel of misfortune and do what it says. Four shot glasses come with the game, presumably for use with commands like “ALL DRINK.” There are also simple physical feats to perform, like dancing and doing pushups.