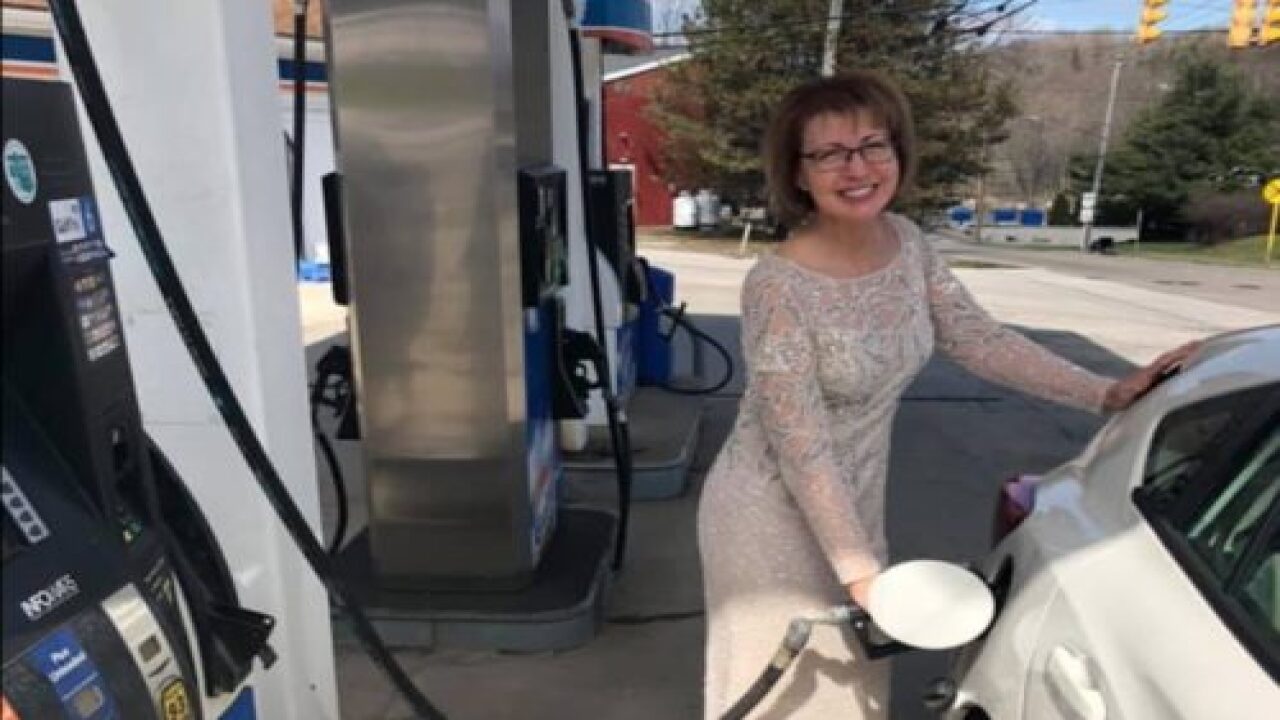 Ann Emge’s son Matt was set to get married on March 28, but in the wake of the coronavirus pandemic, the wedding plans were drastically changed. What was supposed to be a 200-person affair was scaled back to an intimate 12-person ceremony held at Emge’s lakeside home on March 21.

When it was unclear as to whether the wedding would take place at all, Emge had joked that she was determined to wear the mother-of-the-groom dress she had purchased for the big day, even if that meant wearing it to the grocery store. So after the small wedding, she decided to have some fun and wear the gown while running errands.

While practicing safe social distancing and only doing essential tasks away from her neighborhood, she looked better than anyone should while pumping gas and picking up groceries. She took to Facebook to share the photos her daughter took of her rocking the frock in casual, everyday situations, and the results are hilarious.

“Just getting my money’s worth out of my MOG dress,” she wrote.

Here’s a closer look at each of the photos.

She looks super-glamorous as she sweeps her deck:

She looked effortlessly chic (and clearly physically separated by at least six feet from anyone else) as she perused the produce at the grocery store:

Here she is giving off Vanna White vibes at the gas station:

This is the most sophisticated outfit I’ve ever seen anyone wear to go fishing:

Emge and her daughter made one more stop. Emge works at a Delta agent at the Pittsburgh airport, and while she’s on a leave of absence from work until June, she took a few snaps of herself posing in her gown in spots around the near-empty airport:

“I think people just enjoyed seeing something fun going on,” Emge told Insider of people’s reactions to her airport photoshoot. “Most people are afraid for their jobs and the industry, so it was just a distraction from the realities they were facing.”

Thanks to Emge for giving us all a laugh during these trying times!