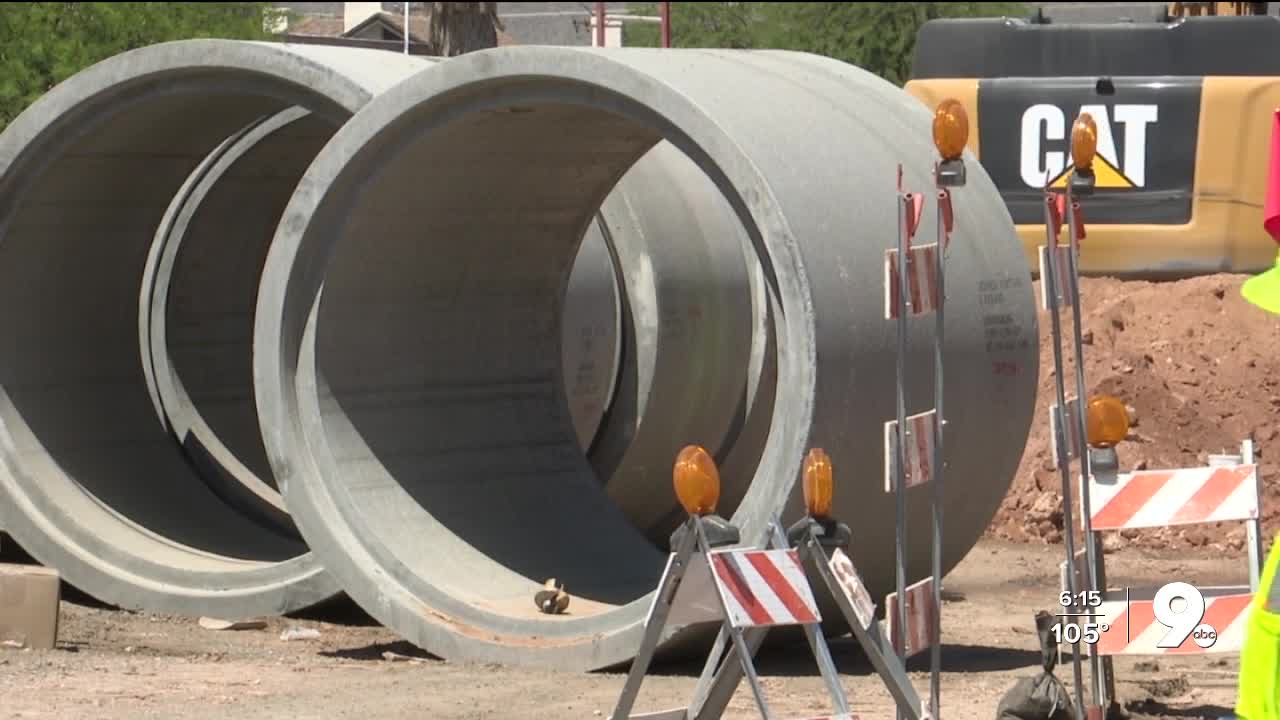 Sections of Broadway have had major flooding issues during monsoon storms. Those issues will now be solved with new underground storm drains being installed. 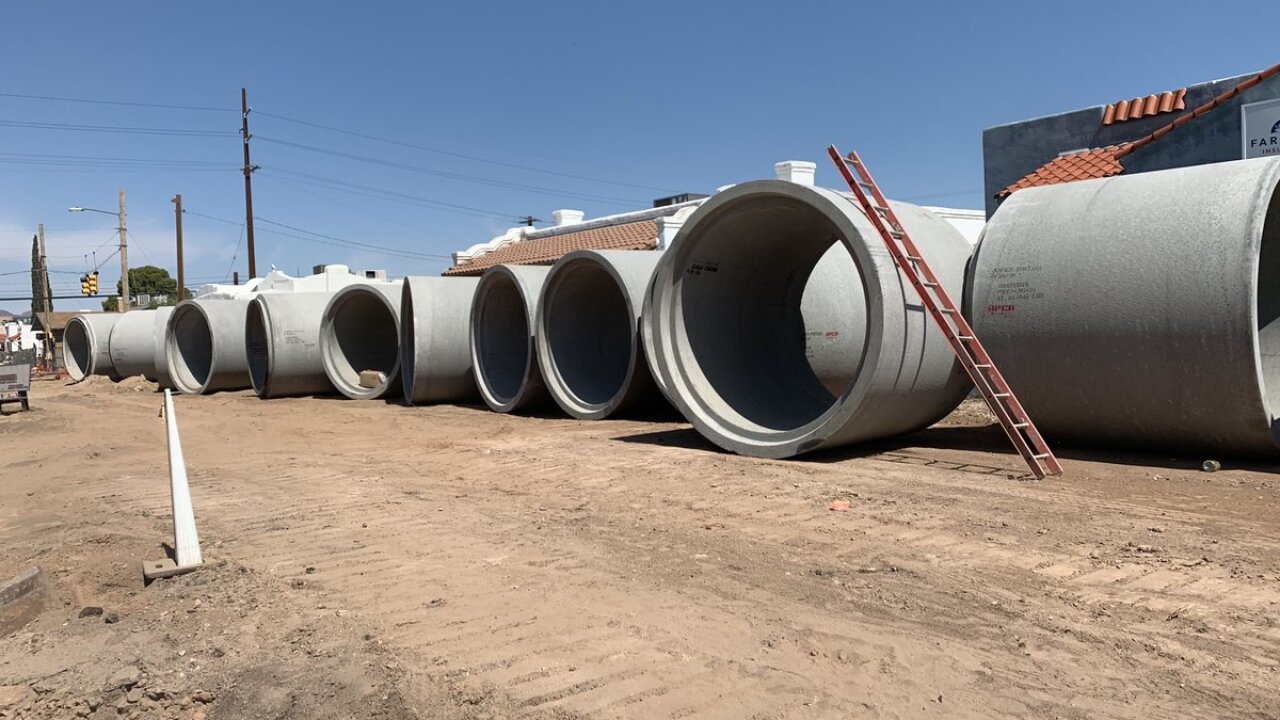 TUCSON, Ariz. — Sections of Broadway have had major flooding issues during monsoon storms. Those issues will now be solved with new underground storm drains being installed.

2-miles of Broadway are undergoing a voter-approved improvement project. The city of Tucson, Pima County and the Regional Transportation Authority started this back in February.

"Back at the west end at Euclid, we had a 96 inch storm drain. Very large, will capture quite a bit of storm water. And as we move farther east towards country club, the storm drain gets smaller. So right now we're installing about 90 inch. So it goes from 96, to 90, and then it'll get smaller as we get east on the project towards Country Club,” said Mike Graham, the public information officer for Tucson Department of Transportation (TDOT).

"We basically built roadways to actually convey storm water. So many of our older roads in the midtown on the west side, they were designed to carry storm water flows because it was very expensive to put in underground storm drain systems,” said Graham.

This project is $26.5 million, the drainage improvements is $8 million of that total.

"During the monsoon season, we have a lot of water that is on our roadway. Today we're making improvements, and those improvements will help public safety,” said Graham.

So that drivers, bikers and pedestrians stay safe while crossing the roadways during monsoon.

Over on the eastside, a similar job was completed in March.

The Broadway East Improvement was also a 2-mile long road widening project. $13.5 million went into this project, with $3 million of it going to the underground storm drain systems.

11 of those systems were installed from Camino Seco to Houghton.

"This road was probably built 30-40 years ago, and was a strip-paved roadway to where we just asphalt down on desert and we followed the contour of the desert. Which, as washes flowed through these areas the storm water would actually flow in the wash, across the roadway,” said Graham.

It also allows for the roads to last longer; less water means less erosion. Improving public safety for the traveling public and a longer lifespan of our roads.

"The goal here is retention and then detention of storm water. You're capturing the storm water and allowing it to flow at a controlled rate. Which is what these underground storm drains do,” said Graham.

The Broadway West Improvement project is slated to be completed by September 2021.