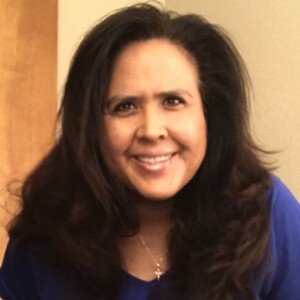 TUCSON, Ariz. (KGUN) — Monsoon in Tucson arrives around June 15th - September 30th. The most active part of the season is July through August.

Every year we wait to see what Monsoon will bring, but so far the most destructive has been outside of the monsoon. Tropical Storm Octave came September 27, 1983 to October 2, 1983.

According to Joseph Cuffari of Pima County Regional Flood Control District, the storm made history.

There are videos and photos of the mighty Santa Cruz in 1983, running bank to bank and taking everything in its path.

Cuffari explains, "During that time, there was no bank protection along the river. Over $250 million in property damage."

That severe storm also killed people and injured more than a thousand, including two DPS officers in a rescue helicopter: the pilot, 36-year-old Thomas McNeff, and the paramedic, 27-year-old Richard Stratman.

They went down at night in a Marana cotton field. Both on a call to rescue a pregnant woman. Both braving one of the most severe storms to date.

They offered perspective on the day that McNeff and Stratman set out for their rescue mission, saying "Because the clouds were probably all the way to the ground, they had no visible horizon."

They were on their way to a rescue. '83 was the largest flood -- damage wise for Pima County and Tucson regions.

Fast forward to the 1993 floods along the Rillito river, the intensity and size of those floods were greater, but with the bank protections in place thanks in part to the U.S. Army Corps of Engineers, damage was not as prevalent.

"We were one of the first communities, flood control jurisdictions to implement that," the DPS pilots told KGUN 9. "We've since become a national leader."

Joseph Cuffari, "People were using those corridors to walk their dogs, to walk their horses and generally be active along those linear parks."

Today the Pima County Regional Flood Control District works to secure banks and keep the monsoon water moving the direction intended in order to keep all of Tucson safe.

For details on other historical floods, visit their website.

Pima County Department of Transportation crews are prepared for this year's Monsoon too.

You remember #monsoon2021? We do too! And even though this year is not expected to be as bad it’s never too soon to start preparing. So, as monsoon 2022 approaches, PCDOTs crews will be ready to respond to storm events. #safetyfirst #PCDOTatwork #monsoon2022 #photosfromthefield pic.twitter.com/0JAN8sDEpv