Arizona: Closures of parts of 2 highways likely due to storm 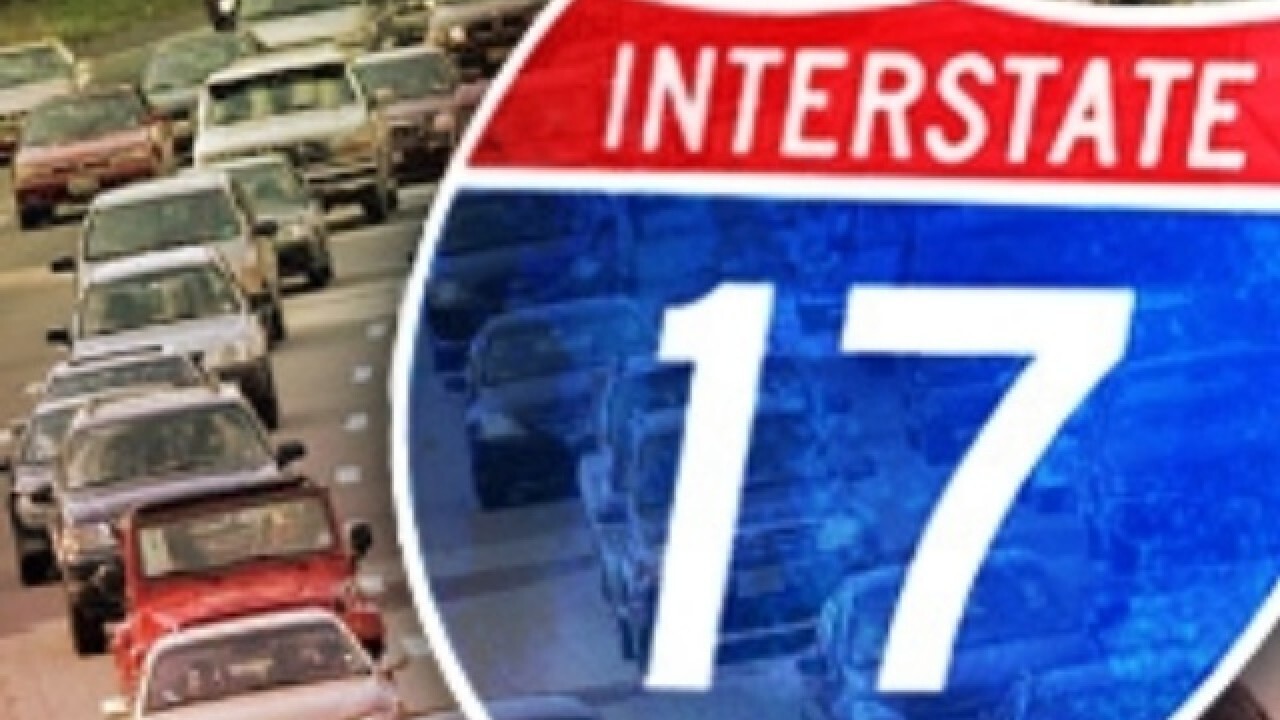 Copyright 2019 Scripps Media, Inc. All rights reserved. This material may not be published, broadcast, rewritten, or redistributed.
State officials say long stretches of two interstate highways in northern Arizona&#39;s high country will likely be closed between late Thursday and early Friday because of expected heavy snowfall from an incoming storm.<br/>

The Arizona Department of Transportation says Interstate 17 for 40 miles south of Flagstaff and Interstate 40 for 185 miles (298 kilometers) between Winslow on the east and U.S. 93 on the west likely will be closed until the snowfall lets up and the routes can be plowed.

The department also said Wednesday that additional highway closures also may be necessary.

The National Weather Service forecasts that Flagstaff will receive up to 2 feet of snow from the storm and has predicted "difficult to impossible travel conditions" Thanksgiving evening into Friday.