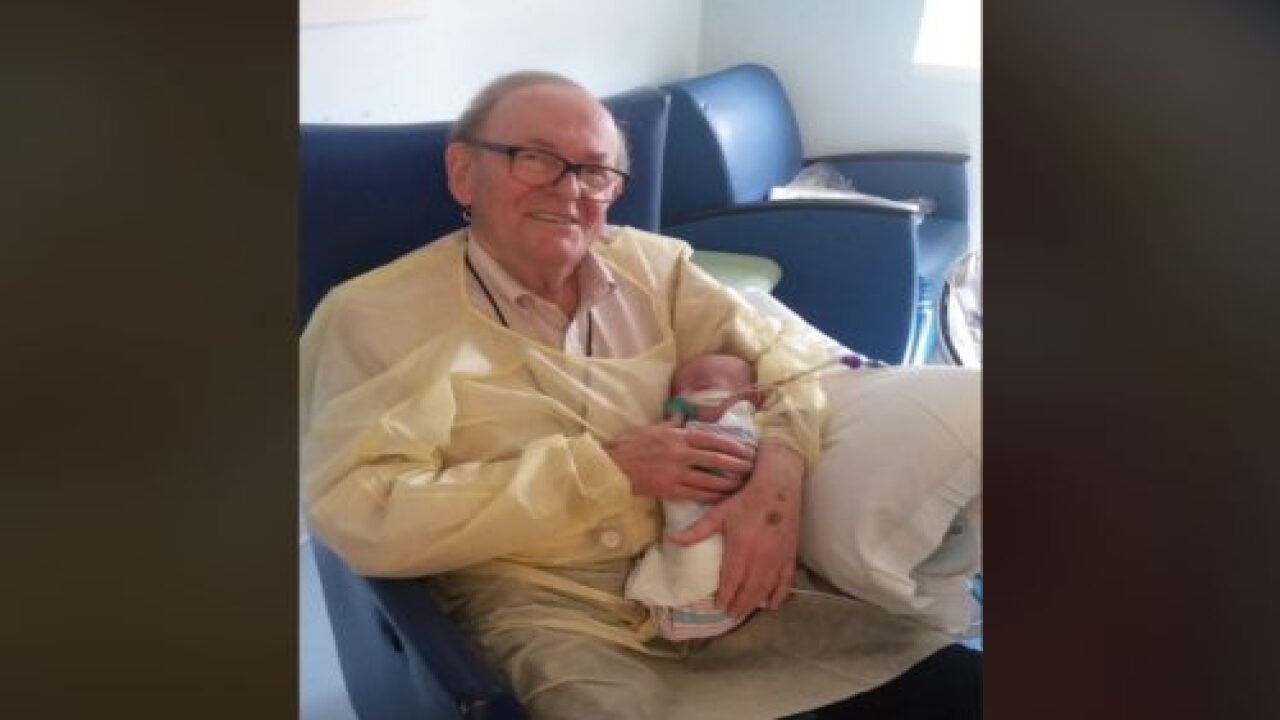 David Deutchman became known as the “ICU Grandpa” for his years spent volunteering at the NICU (neonatal intensive care unit) at Children’s Healthcare of Atlanta. The retiree gave the tiniest newborns fighting for their lives some tender loving care at a time when they needed it most.

People around the world had their hearts warmed by his loving service. Now, Deutchman has died at the age of 86, and he’ll be very much missed.

“Children’s Healthcare of Atlanta extends its deepest sympathy to the family of David Deutchman,” Children’s Healthcare of Atlanta said in a statement. “David was a long-time volunteer in the pediatric and neonatal intensive care unit at Scottish Rite for 14 years, providing support to many patients and their families. The Children’s family will never forget this incredible legend and the countless lives he touched.”

In 2017, a grateful mom snapped a photo of Deutchman in action at the hospital and posted it to Facebook, prompting the sweet volunteer’s work to go viral:

“This photo captures just one precious moment with a legend of a hospital volunteer who’s been holding patients, and their parents’ hands for 12 years,” read the post.

Deutchman was diagnosed with pancreatic cancer in October and died just weeks later, according to People. He is survived by Ronnie, his wife of 58 years, plus daughters Susan Lily and Jill Deutchman, and several grandchildren and great-grandchildren.

Shortly before his death, Children’s Healthcare organized a drive-by parade at Deutchman’s home to celebrate his life and legacy. The hospital tweeted a video of the parade.

“In 2017, the story of our ‘ICU Grandpa’ touched people all over the world,” the post read. “Last week, we learned he has stage IV pancreatic cancer. To honor this legend, our employees organized a drive-by parade outside his home, complete with a NICU transport truck and helicopter”:

In 2017, the story of our "ICU Grandpa" touched people all over the world. Last week, we learned he has stage IV pancreatic cancer. To honor this legend, our employees organized a drive-by parade outside his home—complete with a NICU transport truck andð. pic.twitter.com/NsS5fuFtK2

We’re sending our deepest condolences to the many people who will miss this extraordinary man.