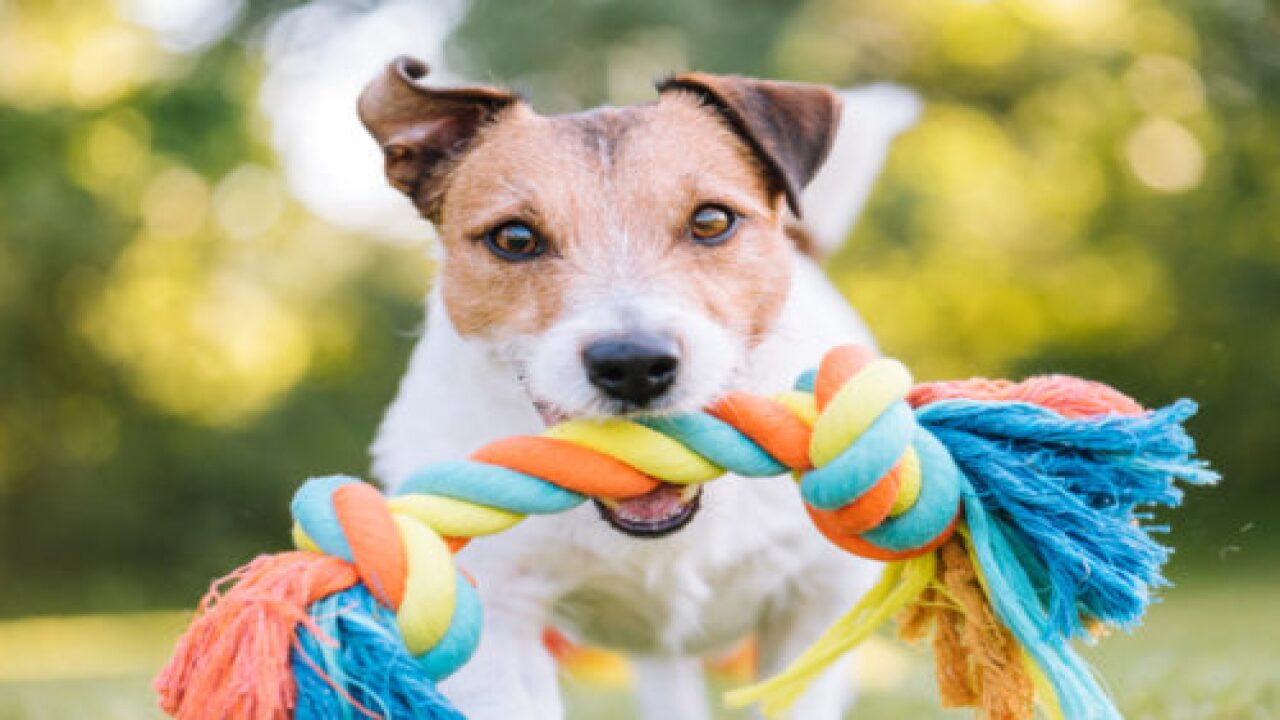 As a pup parent, you may want to spoil your good boy or girl with a variety of chews and toys. But, when you’re perusing the pet store, vets want you to know there are actually lots of products on the shelves that are quite dangerous and can cause major health problems for your dog, ranging from painful tooth fractures to life-threatening obstructions.

Drawing attention to dangerous pet chews and toys is Dr. Hunter Finn, a Texas-based integrative veterinary expert. Finn (who has become a social media star and has been named the “Hottest Doctor of 2020“) has posted a few videos on TikTok sharing the things dog parents should avoid at the pet store, according to a veterinarian.

“So many options, but what’s best for my fur baby?” one video begins:

In this one, Finn peruses the aisles to show items he says will break down your dog’s teeth.

@dr.hunterfinn##petsoftiktok ##veterinarian ##vettech ##veterinarylife I’m on vacation, but promise to make more videos if y’all like these. Cats next.â¬ Send Me on My Way – Guy Meets Girl

In this one, Finn shows even more chews that he doesn’t recommend. One of his captions notes that “Jerky treats have been under investigation for causing renal disease in pets for YEARS”:

These are the half dozen treats and chews Finn says you should never buy, as well as the problems they can cause for your pooch:

While your dog might love gnawing on these rawhides, they pose a choking hazard, Finn points out. It’s natural for dogs to want to chew, and if they gnaw off a large chunk of the rawhide, it can get stuck in your pet’s esophagus or other parts of the digestive tract, explains Fetch by WebMD. Your vet may be able to remove the pieces from your dog’s throat. But a blockage may require abdominal surgery to remove the rawhide from the stomach or intestines. If the blockage can’t be removed, it can be life-threatening. Also, some rawhide chews can contain trace amounts of toxic chemicals.

Because these treats are so fatty, they can cause your dog to vomit or get diarrhea and can contribute to obesity, Finn points out. Pig ears can also harbor bacteria, veterinarians say, and last year the Centers for Disease Control and Prevention linked pig ears to an outbreak of drug-resistant salmonella. Like other chews, pig ears can also be choking hazards and cause digestive obstructions if your dog tears off a big chunk of the chew and swallows it, points out Dr. Jason Nicholas, chief medical officer at Preventive Vet. On top of all that, the coating on the pig ears can stain your carpet.

While it’s natural for your dog to want to chew things, raw or processed bones and hooves can wear and break down your dog’s teeth and potentially cause gastrointestinal problems, according to Finn’s video. (If you can’t make an indentation with your fingernail on the bone, or hit it against your knee without feeling discomfort, it’s too hard for your dog, he says).

Also, when it comes to cow hooves, they can potentially splinter, according to Nicholas, which can puncture your dog’s mouth or digestive tract.

Does your dog tend to destroy toys? If so, rope toys can be life-threatening if your dog shreds the toy, ingests it, and then is unable to pass it, Finn says. In fact, rope is one of the most dangerous objects your dog can swallow as one long piece can remain in the stomach as another portion of it passes into the intestines causing a “cinching” effect on the digestive system, according to Germantown Veterinary Clinic in Germantown, Maryland.

Close up of small dog playing with colorful rope toy in her home.

These chew treats last a long time, which may make them appealing to pet owners who watch their dogs polish off chews in minutes. But, because they are so durable they can wear down and fracture your dog’s teeth, according to Finn. Veterinary dentists have issued some graphic warnings about the dangers of antler chews, which includes painful fractures. The VOHC has a list of acceptable products for dogs.

Jerky treats have been under investigation for causing renal failure in pets, Finn points out. “I don’t recommend them to my clients because they aren’t necessary for a pet’s diet, and, in my opinion, are not worth the risk,” he says.

The U.S. Food and Drug Administration has investigated the dangers of jerky treats after receiving thousands of complaints about illnesses associated with dogs eating chicken, duck or sweet potato treats, many of which are imported from China. The reports include more than 1,140 canine deaths. “Although it is impossible to conclude definitively in every case whether the events reported were caused by eating jerky pet treats, FDA continues to believe that there is an association between some of the reports and consumption of jerky pet treats,” according to an FDA statement. Reported symptoms in pets have included gastrointestinal illnesses and kidney problems.

Have you been buying any of these items for your own dog?