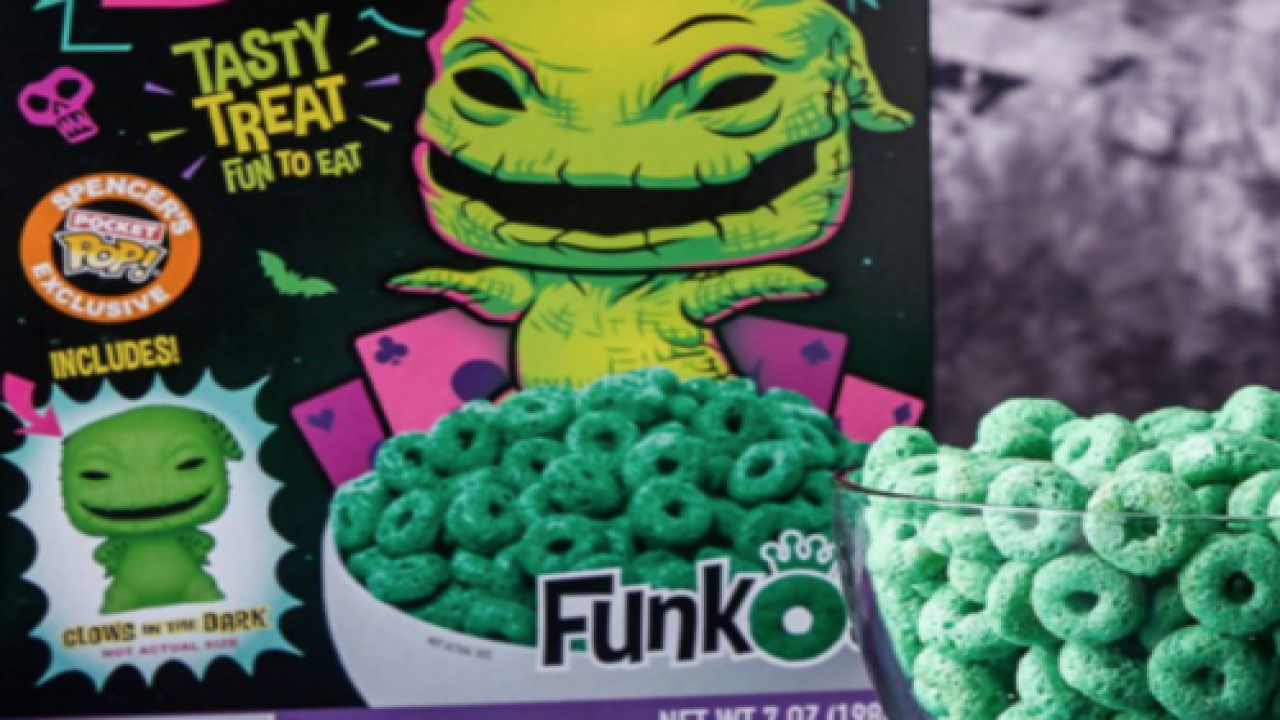 Funko is coming out with a line of fun Disney villain-themed cereals in celebration of Halloween this year. Ursula from “The Little Mermaid” as well as Oogie Boogie from “The Nightmare Before Christmas” will both be getting their own cereals, which will be sold exclusively at Spencer’s and Spirit Halloween stores beginning around Sept. 11, 2019.

Both kinds of cereal consist of ring-shaped multigrain pieces; Ursula’s are purple, while Oogie Boogie’s are neon green. Each box will also contain miniature Funko Pop! versions of the characters that they’re based on.

You can pre-order the cereals from Spirit’s web site now, and they are expected to ship by Sept. 11. Each box is priced at $10.99. While that sounds a bit steep for simply a box of cereal, remember that you’ll be getting the Funko collectible character as well.

The Ursula Pocket Pop Figure is a little bit spooky, but a little adorable as well.

Of course, these themed cereals are aimed at kids, so they also come with fun games on the back of the box:

These festive cereals will make for a fun breakfast treat for any kid this Halloween season — and if you choose to grab a box as an adult, no judgment!

In addition to those popular Pop! figures, Funkos is known for its fun cereals, based on TV shows such as “The Golden Girls” and other pop cultural phenomena.

While we’re sure these new additions to the Funko lineup are tasty in a bowl with milk or even just straight out of the box, they’d also make a great key ingredient for some Halloween treats. You could fry them up for a colorful snack that’s perfect for serving at Halloween parties or bagging individually to give out to trick-or-treaters. They’d also make for an ideal topping for cupcakes or frozen yogurt.

Will you give these villain-themed cereals a place in your kitchen this Halloween season?