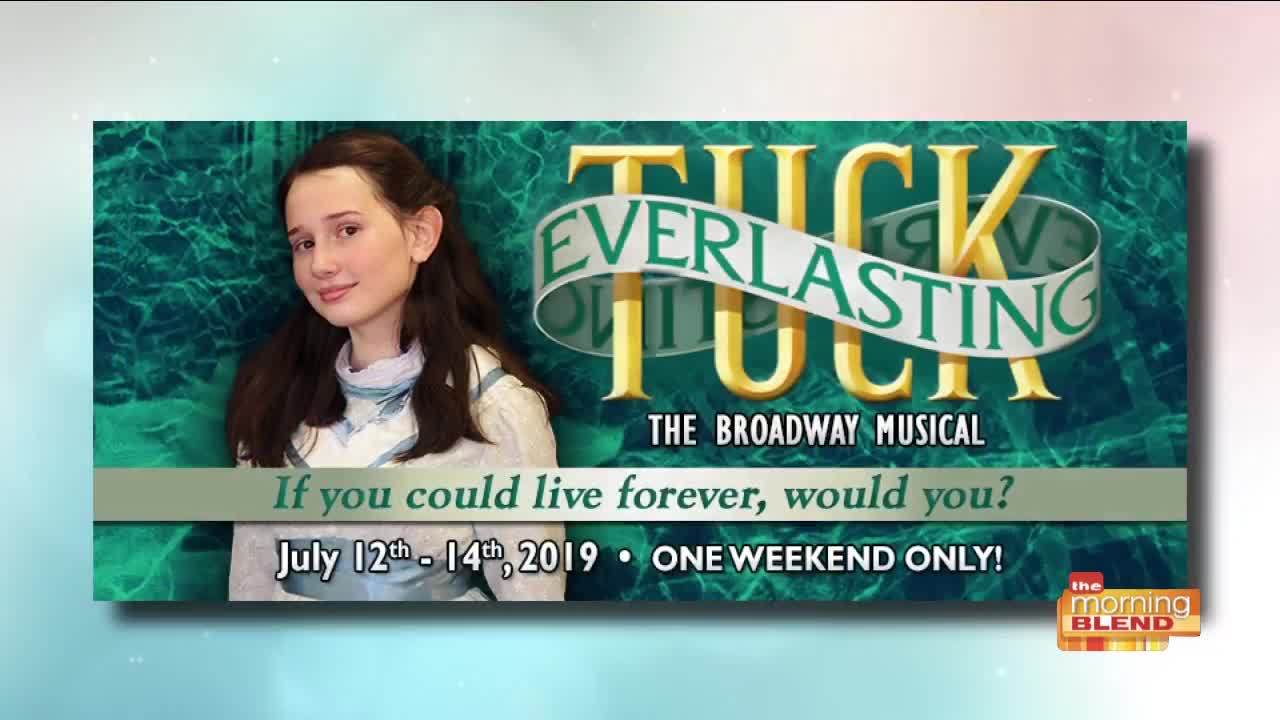 Arts Express brings an enchanted bestseller to life this summer with the regional premiere of Tuck Everlasting. Set in the 1890s, free-spirited Winnie Foster searches for adventure, finding the Tucks, a close-knit family that has discovered the secret to everlasting life. Winnie faces the choice of a lifetime: return to everyday life, or join the Tucks on their infinite, irreversible voyage through time. Directed by Nancy Davis Booth, Music Directed by Mike Padilla and Choreographed by Eric Aranda, Tuck Everlasting will be presented July 12-14th at the Fox Tucson Theatre.

Featuring a rousing score with music by Chris Miller and lyrics by Nathan Tysen and a wealth of warm-hearted humor, this whimsical Broadway musical offers families a magical summer treat. Based on the bestselling novel by Natalie Babbitt, Tuck Everlasting was been adapted into a 2002 Disney film and a 1981 One Pass media film. The musical adaptation of Tuck Everlasting made its World Premiere at Atlanta’s Alliance Theatre in 2015, where it won the Suzi Bass Award for “Outstanding Musical Production.” Its 2016 Broadway debut was nominated for a Tony Award, as well as the Outer Critics Circle Award for “Outstanding Musical” and Drama League Award for “Outstanding Production of a Musical.” The New York Times called it “Rapturous, warm-spirited and touching,” while Associated Press declared, “The music is magical. Long may it live.” Variety said, “This is an intimate family story of love, loss and the purpose and power of storytelling in the American folk tradition of Twain and Wilder.”

Arts Express has assembled a stellar cast for this production, featuring 14-year-old Allison Jennings who stars in the role of Winnie Foster. Jennings recently graced the stage in Arizona Theatre Company’s production of Music Man in the role of Amaryllis. Recent Monte Awards High School Musical Theatre nominees, Sarah Maxwell, Ben Muckenthaler and Topher Esguerra are playing the roles of Mae Tuck, Miles and Jesse respectively, with Martin Lamb in the role of Angus. Arts Express is pleased to bring Ben Wiese back to the stage as the quirkily nefarious Man in the Yellow Suit. Tuck Everlasting features these delightful actors and a talented ensemble underscored by a live orchestra, captivating choreography, stunning costumes and a poignant story that will live with you forever. You’ll be enchanted by the set as well,anchored by massive climbable trees, adorned by glimmering fireflies and surrounded by real running water.