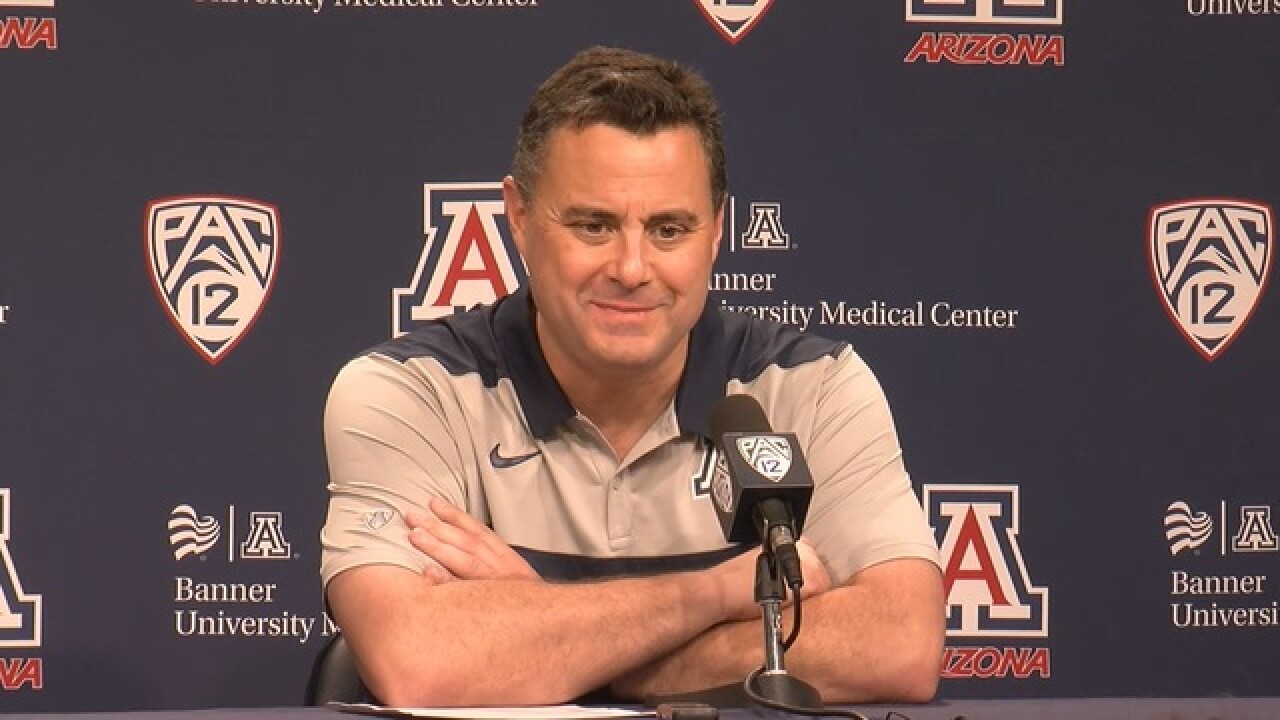 Copyright 2018 Scripps Media, Inc. All rights reserved. This material may not be published, broadcast, rewritten, or redistributed.
Dru Pelter

Pressure is something that the Arizona basketball team understands. Pressure to get to the tournament year in and year out seems to be asking for a lot from any basketball program. However for the wildcats, expectations are another aspect of the winning program the players comprehend.

This year is an unusual year for the cats, for this is the first time the team isn't ranked since 2010-2011 season. However, history bodes well for the University of Arizona, for that 2010-2011 season they climbed all the way to the elite eight in the NCAA Men's Division I Basketball Tournament.

Another interesting concept for this years team is the fact that the Wildcats don't have a star to lean on this year -- compared to the years past, having high draft picks on the team like Deandre Ayton or Lauri Markkanen.

The reasoning for the lack of key players dates back to the on-going investigation looming over the university's head about illegal recruiting tactics. This investigation is still alarming for Arizona fans and head coach Sean Miller, for Arizona regent Ron Shoopman hinted that Sean Miller's isn't completely safe.

"We never made a statement to that effect," Shoopman said.

This year's success will have to come from the entire team as a unit. Some names that have stuck out in the preseason are Chase Jeter, Brandon Williams, and University of Pittsburgh transfer Ryan Luther. Jeter will be accounted for many rebounds this season standing at 6'10” with great athletic ability. Williams will serve as a slashing guard who will be expecting to put up points throughout the season. Luther's IQ for the game of basketball will depended on coming off a season with Pitt averaging 12 points and 10 rebounds per game before he suffered a foot injury, ending his season short by 22 games.

Arizona's regular season tips off against the Houston Baptist Huskies tonight at 7 pm in the McKale Center. Though the game might not be the most competitive, this will be a good indication of how this season will pan out for the cats. With the roster being unranked without any true star power, Arizona fans can judge for the first time this year if this team is capable to surpass expectations and make it to the national tournament.