Sean Miller not coaching tonight at Oregon, Ayton is eligible 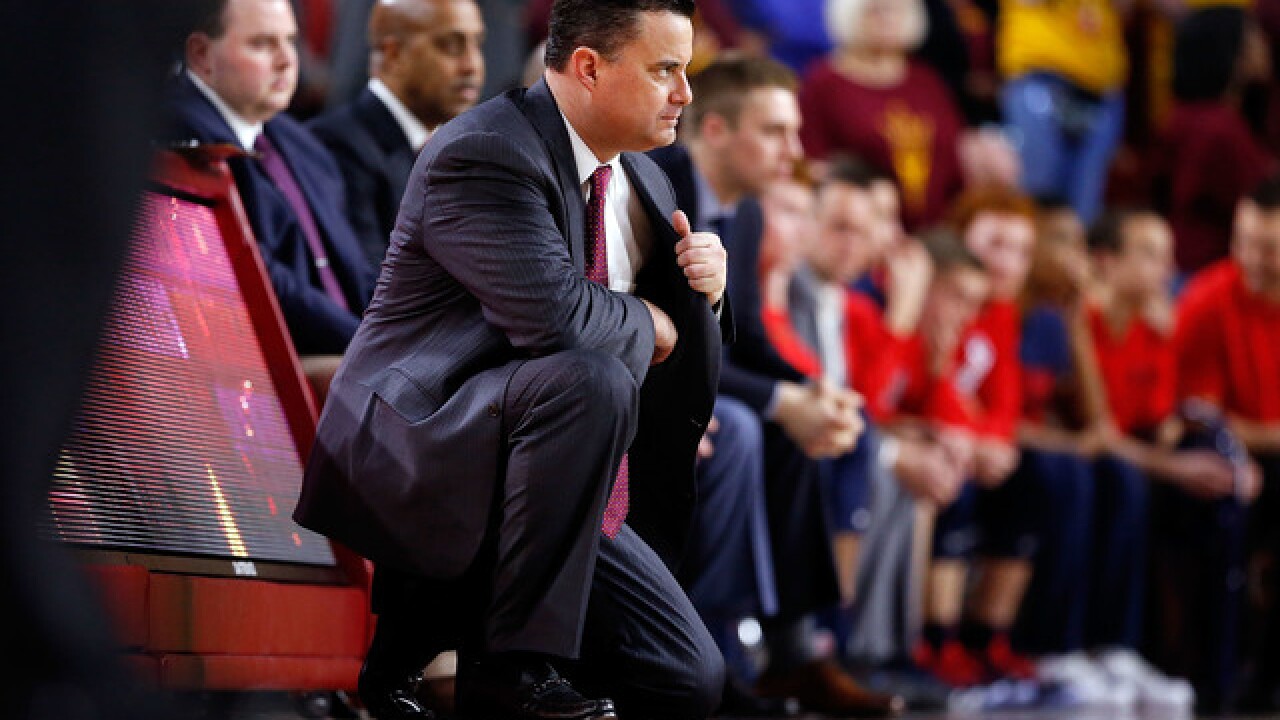 Copyright 2018 Scripps Media, Inc. All rights reserved. This material may not be published, broadcast, rewritten, or redistributed.
Chris Coduto
<p>TEMPE, AZ - FEBRUARY 15: Head coach Sean Miller of the Arizona Wildcats watches the action during the second half of the college basketball game against the Arizona State Sun Devils at Wells Fargo Arena on February 15, 2018 in Tempe, Arizona. The Wildcats beat the Sun Devils 77-70. (Photo by Chris Coduto/Getty Images)</p>

The University of Arizona and Sean Miller released the following statement Saturday:

Statement from the University of Arizona:
The University of Arizona and head basketball coach Sean Miller have agreed that it is in the best interests of the University and the basketball program that he will not coach tonight's game in Eugene, Oregon. Associate head coach Lorenzo Romar will coach in his place. Deandre Ayton is eligible and will play tonight.
Statement from Sean Miller:
I believe it is in the best interest of our team that I not coach the game tonight. I continue to fully support the University's efforts to fully investigate this matter and am confident that I will be vindicated. For now, my thoughts are with our team. They are a great group of young men that will support each other and continue their pursuit of winning a Pac-12 championship.

This decision comes one day after ESPN reported that Miller was recorded via wiretap offering a star recruit a cash payment to make sure he would sign with his team.

Miller reportedly offered a third party $100,000 in exchange for DeAndre Ayton's commitment to the team. Ayton is currently a freshman on the No. 14-ranked Wildcats, where he averages 19 points and 10 rebounds a game.

That third party is Christian Dawkins, who the FBI says acted as an agent who steered players to certain schools in exchange for cash payments. In a Yahoo Sports report on Friday, Dawkins was listed as one of the key figures in an FBI investigation into corruption in college basketball.

The Arizona Board of Regents had a meeting to discuss the recent report and released the following statement: