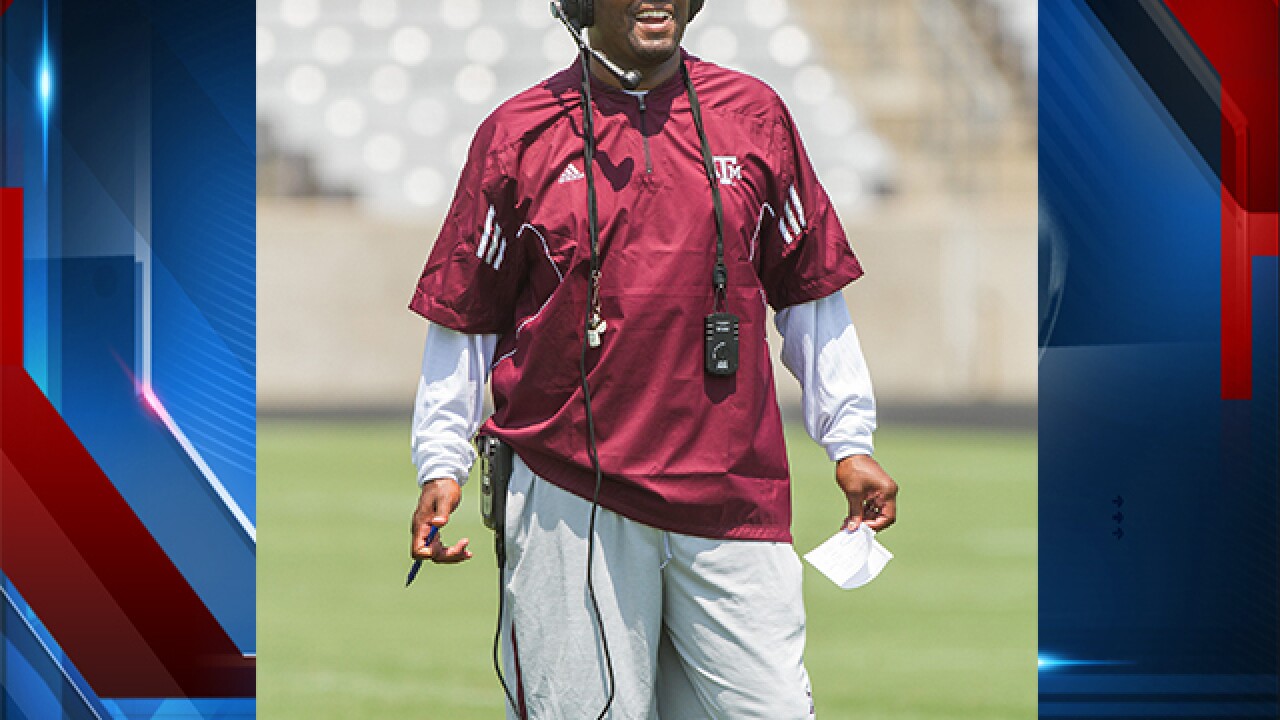 The University of Arizona has selected three-time national Coach of the Year finalist Kevin Sumlin to lead its football program, Director of Athletics Dave Heeke announced on Sunday. Sumlin comes to Arizona after serving as the head football coach at Texas A&M University for the past six seasons, compiling a 51-26 record including three bowl victories. He also served as the head coach at the University of Houston for four seasons, amassing a 35-17 record. In his 10 seasons as a head coach, Sumlin has amassed an 86-43 record and his teams have played in bowl games in nine of those seasons.

The terms of Sumlin’s contract, which are subject to approval by the Arizona Board of Regents, will be available at the Tuesday introductory press conference.

“This is a tremendous day for Arizona Football and I am thrilled to welcome Kevin to our family,” said Heeke. “He is a proven winner who will have an immediate impact on not only our football program, but also on our department and University. An accomplished coach and an excellent recruiter, Kevin shares our vision and values and fits with who we are and who we want to be. His commitment to academics and to community service are a testament to his character. I have no doubt that Kevin will bring an exciting brand of football to Tucson and that championships will follow.”

During his time at Texas A&M, Sumlin averaged over eight victories per season and won at least seven games each year, while competing in what many believe to be the toughest division in college football, the SEC West. His 44 wins over his first five seasons in College Station marked the second-fastest coaching start in school history, behind R.C. Slocum’s 49 wins from 1989-93. Sumlin was the first Aggie head coach to lead his first six teams to a bowl game, and Sumlin’s teams improved the Aggies’ school record streak of consecutive seasons with a bowl game appearance to nine. His three bowl victories are tied for the most in school history. In addition, Sumlin guided Johnny Manziel to a stellar freshman season that saw him throw for 3,419 yards and 24 TDs, while running for 1,181 yards and 19 TDs en route to the 2012 Heisman Trophy.

“I am humbled and honored to join the Arizona Family,” said Sumlin. “With a strong foundation already in place, we will work quickly to assemble an elite coaching staff and immediately begin the work of establishing our culture, recruiting future Wildcats, and connecting with Wildcats past and present. We will win championships. We will graduate our players and they will contribute to the University in many ways while they are here. We will represent Arizona with class and pride. I want to thank President Robbins and Dave Heeke for the opportunity to be a part of something special and I cannot wait to get started.”

A press conference will be held Tuesday morning, at 10am, to introduce Sumlin.