Former Cardinal Michael Floyd to spend a day in jail 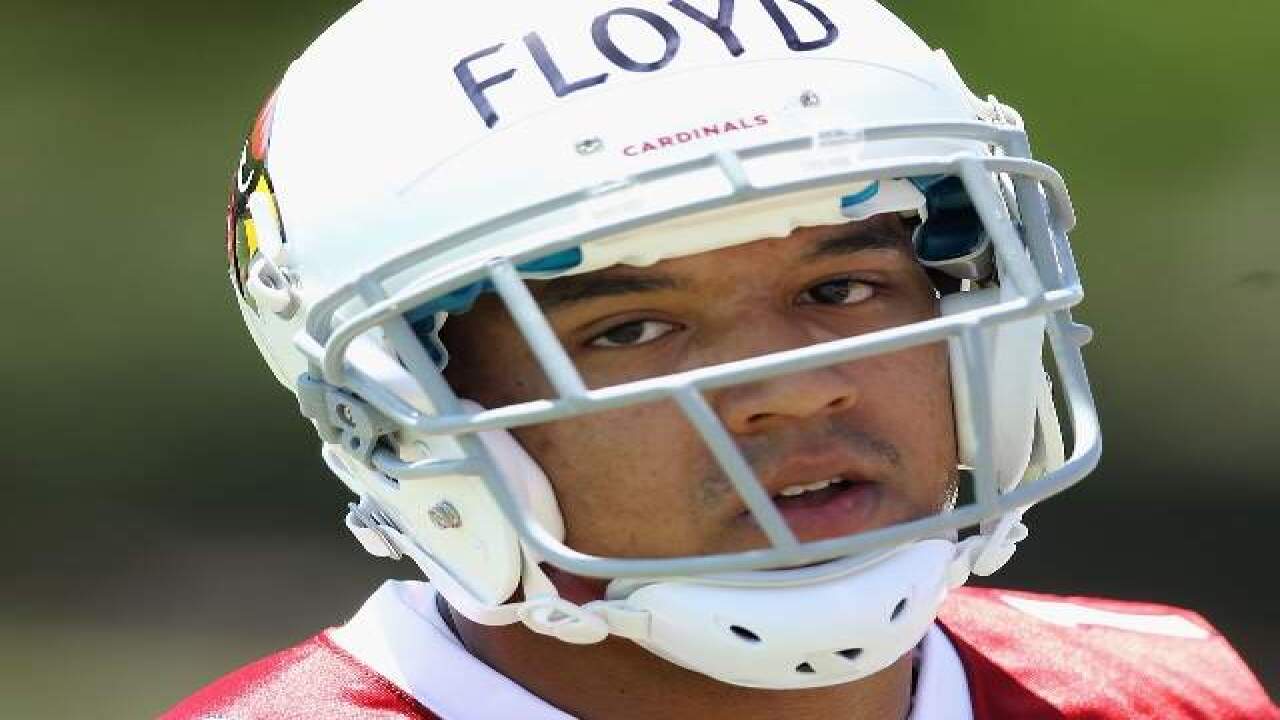 An Arizona judge has ordered Minnesota Vikings wide receiver Michael Floyd to serve one day in jail for failing alcohol tests that he blames on a type of fermented tea.
Floyd and his lawyer did not attend the Scottsdale City Court hearing and had a teleconference with Judge Statia Hendrix.
The hearing was meant to give Floyd the chance to make his case regarding the failed alcohol tests and another one he missed earlier this month, which stemmed from a 2016 drunken driving arrest where Scottsdale police say they found him passed out behind the wheel.
Vikings officials say they encouraged Floyd to drink a fermented tea called Kombucha.
Hendrix ordered Floyd start his additional jail time Monday evening in Phoenix before concluding his final five days of house arrest.
Copyright 2017 The Associated Press. All rights reserved. This material may not be published, broadcast, rewritten or redistributed.