Cunningham reflects almost a year later, ahead of jersey retirement 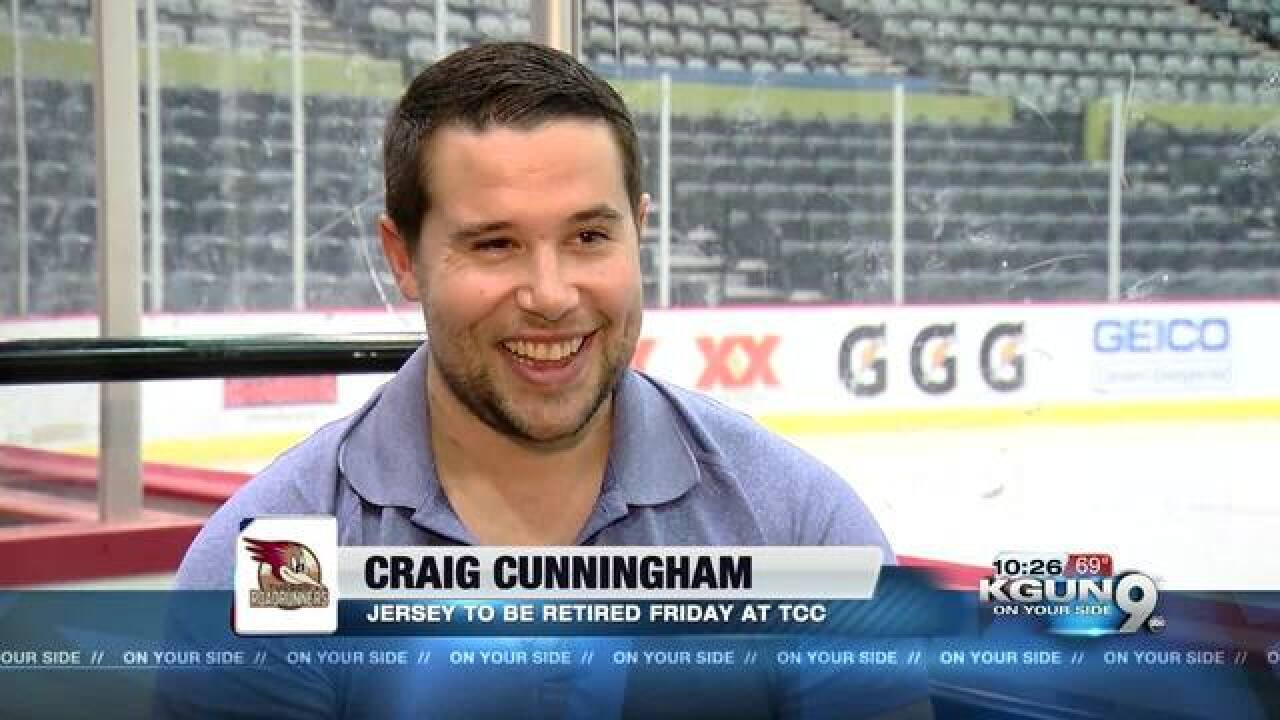 “It has been a long battle,” says the former Roadrunners captain.  As I sit down with Craig Cunningham, the effects of that night almost a year ago, still present.  “I’ve had three surgeries since then,” he tells me.

That's three surgeries since Christmas Eve, the night part of his left leg was amputated.  Which came from complications weeks after he suffered cardiac arrest on the Tucson Arena ice.  Cunningham hasn't been able to walk, let alone skate until his leg again heals enough to again use his prosthetic.

“I’ve put on all my weight back...I’ve put on a couple more pounds now that I’m not skating every day,” says Cunningham, laughing.

That’s not all Cunningham has gained.  He has a new-found perspective. This after other families reached out to him.  Families who had something in common. “I’ve actually met a lot of people that have survived cardiac arrest, and I’ve also met a lot of families where their kids didn't survive, and it puts it into perspective about how lucky I am to be here.”

And that brings us to Friday night.  Now a scout for the Coyotes, Cunningham says he always wanted his number retired, if not in this fashion. “The jersey retirement is a great honor, but it’s not just for me. My doctors. It shines a little light on everyone. My family. Everyone who supported me through the situation. My jersey is going up in my name, but there is a ton of people that made it happen.”