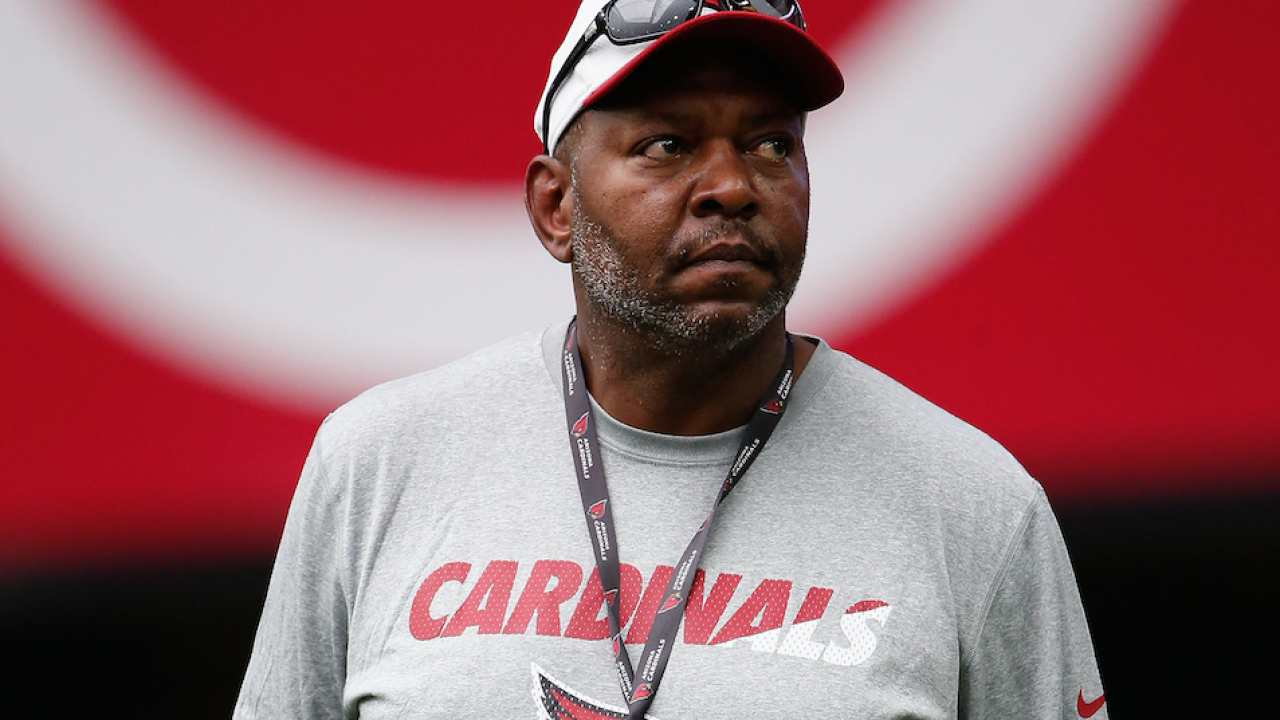 Drake, who coached for the Cardinals from 2013-17 and served as the Pittsburgh Steelers' wide receivers coach since 2018, died suddenly on Sunday, the Steelers announced. The Steelers postponed Sunday's scheduled practice following the news.

The cause of death was not specified.

"Our hearts go out to the family and loved ones of Darryl Drake," the Cardinals said in a statement Sunday morning. "It is impossible to overstate his impact on the game in nearly four decades as a coach in college and the NFL. Today, the entire football community mourns his loss."

Drake coached in Arizona under then-head coach Bruce Arians. He played college football at Western Kentucky and later coached there. He went on to coach at Texas, Baylor and Georgia. His first NFL job was as wide receivers coach for the Chicago Bears.

"I’m heartbroken for anyone who had the privilege to know Darryl. As a man, a coach, a husband, and a father, he was as good as they come," Fitzgerald wrote. "I can’t put into words the impact that Darryl had (on) me… he was my position coach for 5 years, and he’s been one of the greatest mentors and friends in my life since we met.

"We’ll get through this difficult time by focusing on all of the love that Darryl had for others and that we all had for him — it’s what he would want. Let faith guide us all through this incredibly difficult moment… sending prayers to all of the extended Drake family, especially to his incredible wife Sheila and their beautiful children."

In a tweet Sunday, Arians called Drake a "great man."

We lost a great man, husband father, coach and a dear friend Darryl Drake. Our prayers go out to his family. RIP brother pic.twitter.com/V0U3fvLleP

"I never had the pleasure of working with Coach Drake, but listening to the stories about him, he was an amazing man, amazing coach. Any time you coach for 40 years, you impact a lot of lives," Cardinals coach Kliff Kingsbury said Sunday at Cards training camp in Glendale.

"We are at a loss for words following Darryl Drake's passing this morning," Steelers president Art Rooney said in a statement. "Darryl had such an impact on the players he coached and everyone he worked with throughout his entire career. He was a passionate coach and had a tremendous spirit toward life, his family, his faith and the game of football. Our prayers and thoughts are with his wife, Sheila, his three daughters, his grandchildren and entire family during this difficult time."

A number of current and former Cardinals players also took time to remember the late coach via social media Sunday.

Rip Coach Drake. So many good times & memories with you in AZ. We will miss your energy forever!

At a loss for words! One of my all time favorite coaches to be around. Rest easy Coach Drake

R I P Coach Drake. I have nothing but good memories, you will be missed.

RIP Coach Drake!! Praying For Your Family! We Gone Miss You! I remember the good times and the trash talk from the good days in Az! Rest Easy!!

Rest In Peace coach drake. You truly will be missed ! Appreciate you for all the wisdom & knowledge you shared w me . #longlivecoachdrake 🙏🏾

Rest easy Coach Drake, you will be missed.