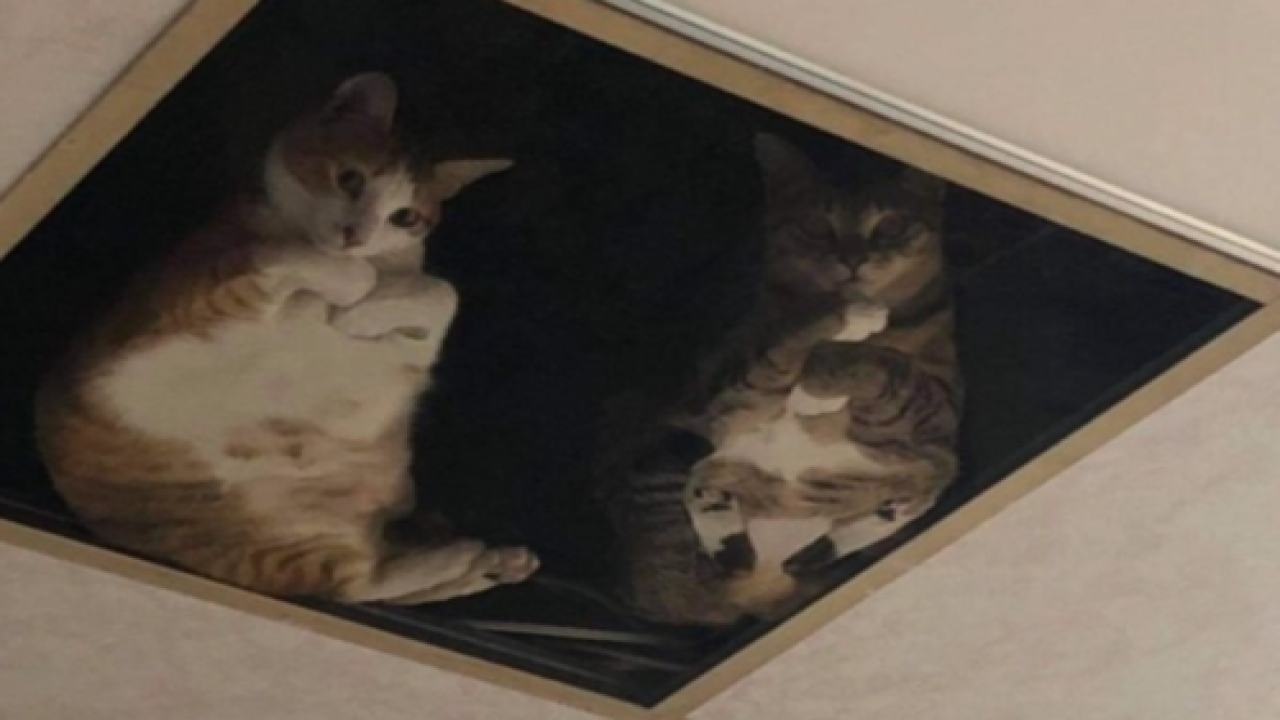 If you’ve ever shared your living space with a cat, you’ll know that they’ll go wherever they want to go, whether you’re on board or not. And they love high places — all the better for looking down at you, right?

One cat owner decided to give his moggies exactly what they wanted, and his friend revealed the results on Twitter.

As you can see from the photos posted to the platform by the cat owner’s friend @SCMcrocodile, this cat parent has carried out some major ceiling modifications to his store, including glass tiles for his feline spectators. His cats can now go into the ceiling area, perch on the glass and see everything that’s happening down below.

The photos suggest that there are three cats, who clearly love to just hang out on the glass tiles and keep a close eye on everyone who enters the shop. Because, well… cats are weird as well as nosy.

The tweet is in Japanese, but roughly translated it says: “When a friend modified the ceiling of the store for a cat, it was monitored.” Unsurprisingly, it went viral, with over 183,000 likes and 71,000 retweets.

The same user also revealed what happens when “the meal time is delayed” at home. These hungry cats are destructive cats, it seems.

This might remind you of the ceiling cat, a Photoshop meme based on a picture of a cat sticking its head through a hole in the ceiling of a room. While its exact origin remains a matter of debate, it’s often attributed to a photo submitted to FunnyJunk in 2003.

Ceiling Cat is still going strong, in one way or another. In 2018, a post from Twitter user @CampbellxEmma went viral. “My friend’s mum was at the animal welfare league and apparently there’s a cat that lives in the ceiling,” she wrote.

My friend’s mum was at the animal welfare league and apparently there's a cat that lives in the ceiling pic.twitter.com/jLl84ahuZX

Cats with their heads stuck through ceilings, cats spying on us through glass ceilings … we can’t wait to see what’s next.