Rent The Oscar Mayer Wienermobile For Free For Your Proposal 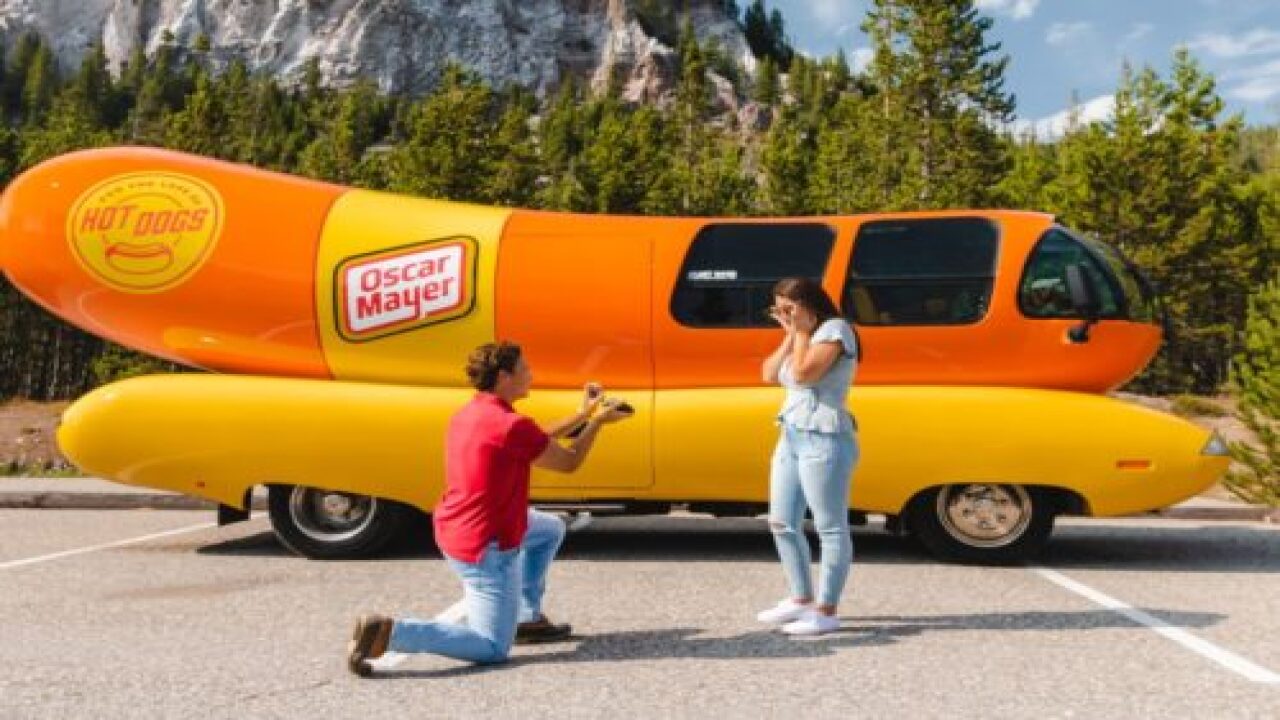 Summer weddings may have been put on hold or rearranged due to the coronavirus pandemic, but proposal season (which goes hand-in-hand with the holidays) is definitely still on — and quickly approaching.

If you plan on proposing to the love of your life soon, but aren’t sure how to make it special, Oscar Mayer has an idea: use their Wienermobile!

You read that right. The hot dog brand will bring their iconic Wienermobile to anyone who’s “mustard up” (as it said in a press statement) the courage to pop the question to their significant other.  Simply fill out the form on their website with your details, including the event you’ll be using it for, which doesn’t just need to be limited to proposals. The best part? It’s totally free!

Requests will be accepted based on the Wienermobile’s availability and those who are selected will be notified the week prior to their requested date. For a greater chance of a Wienermobile appearance, you should try to submit your request three to 12 months in advance.

The nationwide campaign to get fans to use the Wienermobile for their proposals is inspired by one of Oscar Mayer’s Hotdoggers, who goes by Zach n Cheese (@zachncheesin) on Instagram.

Zach travels the United States in the Wienermobile. He proposed to his girlfriend at Yellowstone National Park with the help from the 27-foot hot dog on wheels. (She said “yes,” by the way!)

Our very own Zach n Cheese just popped the biggest question @YellowstoneNPS and she said yes!! ð­ We’re not crying, you are! ð­

If you have something big planned, the @Wienermobile wants to help. Go to https://t.co/1DD0oAxPcO to request our memory on wheels for your big moment. pic.twitter.com/ww8bdjPh9Z

Since its introduction in 1936, Oscar Mayer has added a few new types of Wiener vehicles. A few years back, a WienerDrone and a WienerCycle joined the WienerMini, WienerRover and Wienermobile to round out the Wiener fleet.

Of course, the original is no longer in use, but take a look at what it looked like when it first hit the road:

Will you be requesting the Wienermobile to make a proposal even more special?