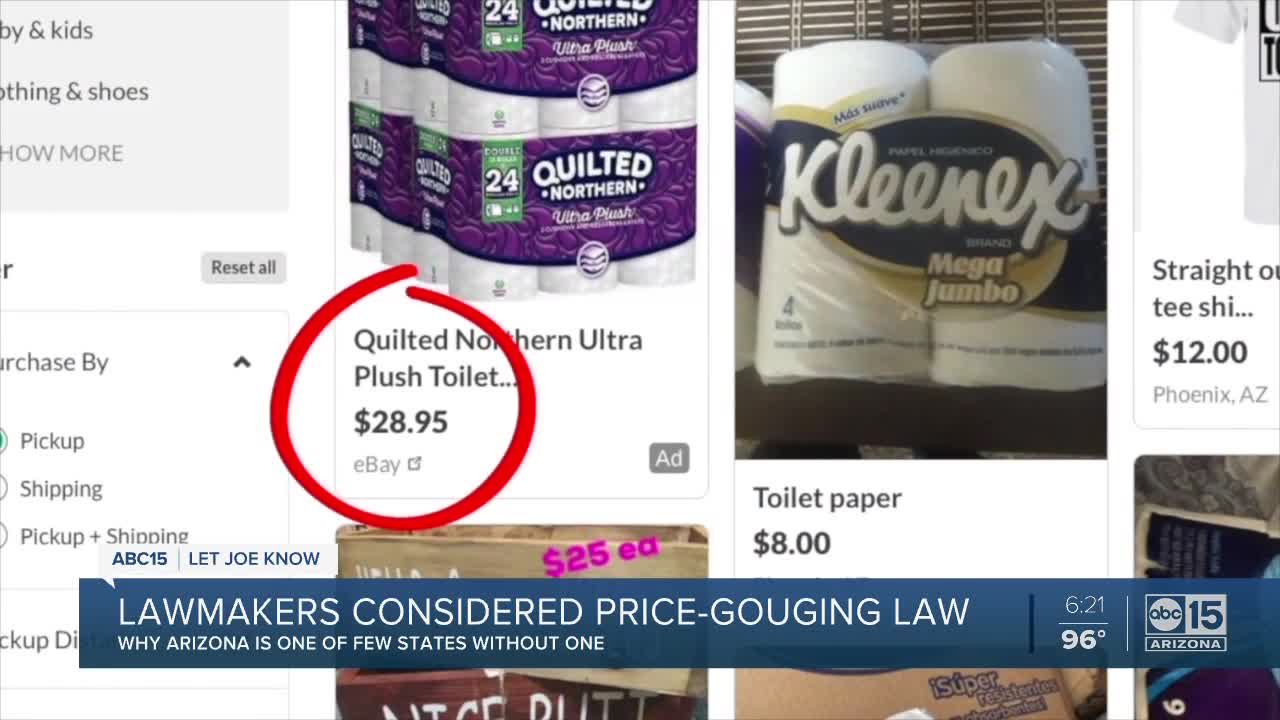 Why Arizona is one of few states without anti-gouging laws. 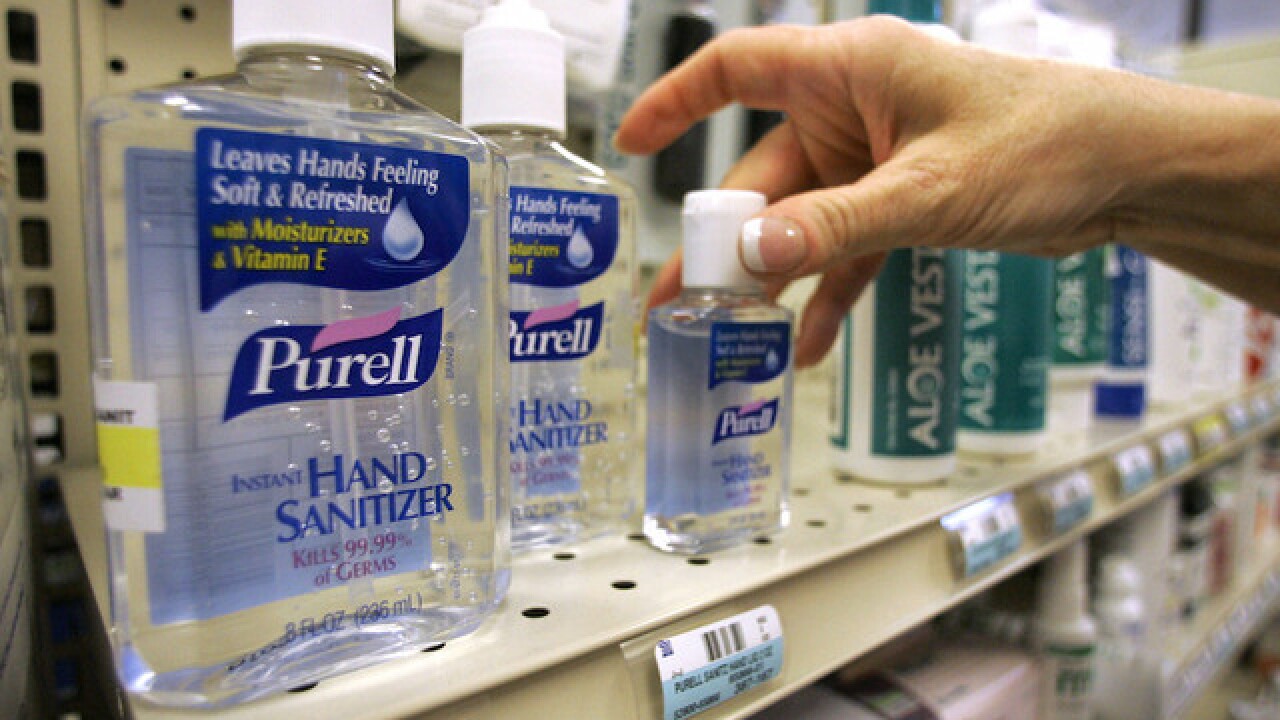 Hand sanitizer selling for 10 times the normal price? Face masks and toilet paper unavailable unless you pay much more?

Most of us have seen examples of price gouging online and in stores during this pandemic, and while Arizona does not have a law protecting consumers against gougers, state lawmakers had a chance to pass one.

It was late March when Representative Kirsten Engel, a democrat from Tucson, introduced an amendment to a budget bill a day before their session adjourned.

On the floor, Engel fought for the law, saying, "This profit for other people's misery is abhorrent."

"It should be condemned and illegal but amazingly, it's not in Arizona," she told fellow lawmakers that day.

There were already signs of massive price increases for essential items in the state.

Engel now looks back, saying at that time, prices were being jacked up for sanitizer, towels, and toilet paper.

Most states have a specific law against price gouging during emergencies, with many capping prices at 10% above their regular prices.

Arizona is one of 16 states that does not have any specific gouging law.

Engel says her law would have a price cap at 25% above regular pricing before an emergency is declared, which she calls "fairly generous."

Over the last few months, the Rebound Arizona< /span> team has confronted gougers selling necessary but hard-to-find items in stores and online for much more than their regular prices.

During this pandemic, an executive order from Governor Ducey's office did address gouging, but it only focused on products related to COVID-19 diagnosis and treatment.

Attorney General Mark Brnovich said his office can't prosecute general price gouging without a law to back it up.

Wendy Smith-Reeve, ABC15 analyst and former director for the Arizona Department of Emergency Management, said there should be a state law to protect citizens from gouging.

Smith-Reeve said a price gouging law would "allow the public to report [price gouging] and [allow] for there to be a penalty against the owner of that organization."

It's not a fair market, Smith-Reeve said, when there's an emergency and there's a run on necessities that can't be found.

So what do your lawmakers think about implementing such a law?

State House Speaker Russell Bowers seemed to want no part of Engel's price-gouging law in March. On the floor, he said it would be "taking advantage of a crisis."

Bowers basically said a gouging law would be unnecessary and used a news report as an example, saying that, "when confronted, the (gouger) changed completely and donated his supply."

While Bowers didn't say which news report he was referencing, he could have been talking about a Let Joe Know story that aired a few days earlier.

The Let Joe Know team confronted a seller who wanted $40 for a small bottle of hand sanitizer. After having an on-camera confrontation, the individual ended up donating it to an adult living facility.

The gouging law amendment was killed before it even got to a vote.

So how would your lawmaker have voted if they had a chance in March? And, more importantly, how would they vote now, given what has been seen over the last few months?

We contacted each state senator and house members individually and asked, "Are you in favor of a specific gouging law in Arizona?"

Out of 91 lawmakers contacted, only 15 representatives and one senator responded.

Each response is listed below, including any comment they made via email.

Rep. Richard Andrade: "Yes I would be interested in sponsoring or supporting this type of legislation."

Rep. Leo Biasiucci: "I am a believer in free enterprise and any individual/business making as much profit as the market allows. But when we are faced with a crisis like we are faced with now, price gouging must be stopped."

Rep. Isela Blanc: "It is unethical and immoral to maximize profits during this pandemic."

Rep. David Cook: "I would be interested in laws to protect consumers against gouging in emergency situations, but we’d really have to write them carefully to be sure the law didn’t make a bad situation worse by interfering with legitimate price fluctuations."

Rep. Mitzi Epstein: "Price gouging to make a fast buck at the expense of other people’s misery is wrong."

Rep. John Fillmore: "I have an extreme interest."

Rep. Daniel Hernandez: "I would be in support of introducing legislation around price gouging."

Rep. Steve Pierce: "Price gouging is wrong. Sure there should be a protection against it."

Rep. Athena Salman: "The majority shut down that amendment and all other protections we were offering."

Rep. Kelly Townsend: "I would say that we have discovered many things that require attention that had not been on our radar prior to this coronavirus outbreak."

Engel says she's not giving up and wants to work with colleagues to create the best law for consumers whenever they are back in session.

Again, 75 of your lawmakers did not even respond to ABC15's question about a price gouging law.

Whatever the reason, if you feel strongly about this gouging issue, demand answers from your representatives.