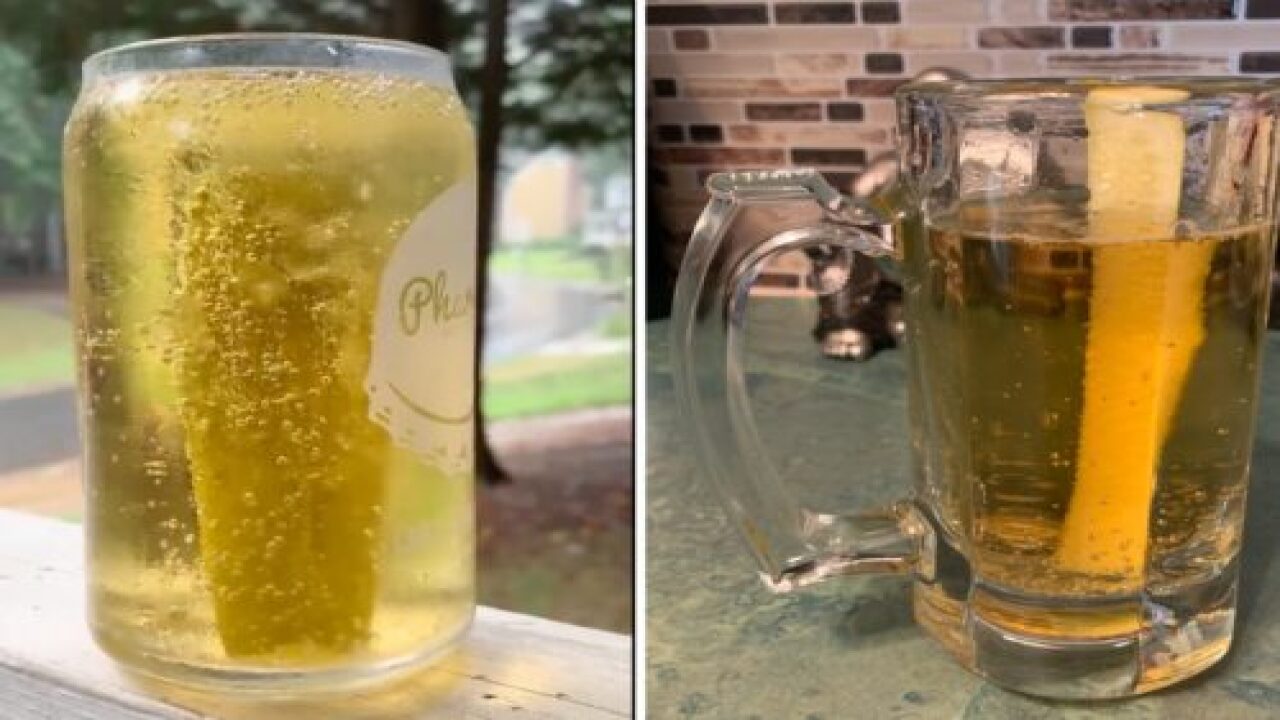 Every state has things they’re known for, and here in Michigan, we have quite a few. We have the unofficial cherry capital of the world, we are home to Faygo pop and Blue Moon ice cream, and we have an impressive list of wineries and breweries.

But while I am up for most of what my home state has to offer, craft beer is not one of them. I’ll take wine or a cocktail over a beer, but when it is the only option, I always opt for a cheaper, lighter beer and forgo the fancy ones — though I still don’t like cheap beer. So when I ran across a trend that involves simply putting a pickle in your light (i.e. cheap) beer to make it taste better, I was up for the challenge.

Though I had never tried it before, this is a well-known trick across the Midwest. Back in 2017, Esquire spoke with Joe McClure of Michigan-made McClure’s Pickles to ask him about the trend and why it works. According to him, pickles compliment the lager “because of the slight vinegar and salt notes that get picked up.”

The website ManMade seems to agree, explaining that because both beer and pickles are fermented products, they have some tanginess, and they “give a little of themselves to the other.” ManMade says a lighter beer benefits from the trick the best, as opposed to craft beer, while Life Hacker suggests using a spear pickle that is quite sour and making sure your beer is cold.

Some people are using a craftier beer to test the pickle-in-a-beer waters, anyway. @tedpavlic tried it with Blue Moon’s Light Sky citrus wheat and wrote on Twitter, “I see potential here, but it’s hard to get over the weirdness…”

I hear the new thing all the kids are doing is putting a pickle in their light #beer to spice things up a bit. So I tried it. I see potential here, but it's hard to get over the weirdness… pic.twitter.com/HSWuUsvAml

This fizzing, chilled beer with a pickle spear @tingham posted on Twitter does look like a refreshing summer drink.

I reached out to Grillo’s pickles, who recently began a #spearinabeer campaign with Pabst Blue Ribbon after their customers began sending them photos of their pickles in beer. A spokesperson told me some of their customers call the drink a Rusty Nail.

I used ice-cold Miller Lite and Claussen spears because that’s what I had on hand. I took a sip of the beer to familiarize myself with how it tasted before adding the pickle, then poured it into a glass.

Simply put, it works. While I still didn’t love it, because I’m simply not a beer fan, it definitely changed the flavor for the better. It made the beer less bitter after just a few minutes and pretty much took away the aftertaste. Right away, you’ll notice that the concoction smells more like a pickle than a beer, which is also pleasant to me since I don’t even like the smell of beer but love pickles.

My husband, who does like beer (even without a pickle!), agreed that the addition made it less pungent, taking away the bite of the beer. He ended up drinking the entire thing and says the longer you let the pickle sit in the beer, the more it will take on the flavor. If you really want it to taste more like a pickle than a beer, let it sit for a while and keep it in the whole time you’re drinking it.

Now that I’ve tried it, I would hands-down recommend adding a pickle to a cheap beer. That is, unless you hate pickles!