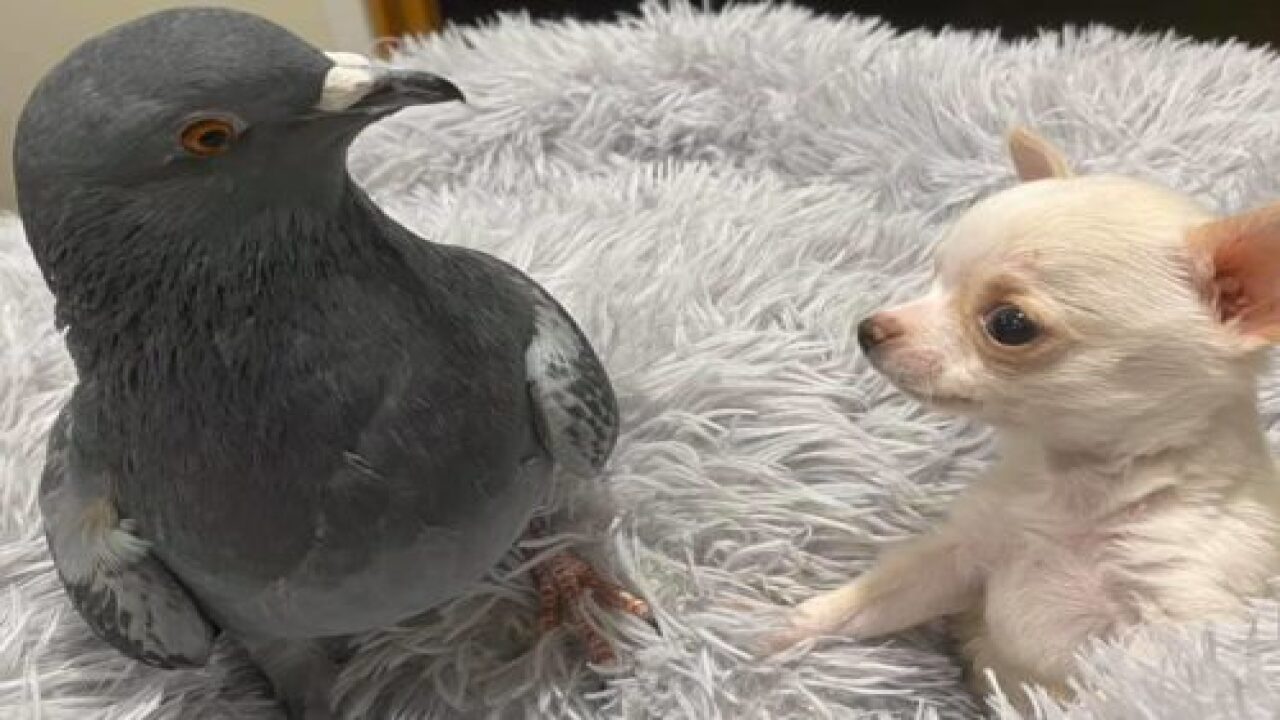 It’s so cute when animals of different species form bonds — and the friendship between Herman the pigeon and Lundy the chihuahua is no different. This unlikely duo met at The Mia Foundation, a rescue organization for animals born with birth defects. Herman lost his ability to fly, likely due to a brain injury from West Nile Virus. Lundy has some mobility issues as well. When they cozied up next to each other on a dog bed, the two became fast friends.

“The way they interacted was so cute,” Sue Rogers, founder of The Mia Foundation, told People of the animals’ bond.

On Feb. 13, she shared some adorable photos of the BFFs on The Mia Foundation’s Facebook page, and they’re pure cuteness overload:

“I see a new friendship blooming,” she wrote in the post. “Herman and Lundy.”

The post now has more than 21,000 reactions, more than 18,000 comments and more than 44,000 shares. People all over the world found their hearts warmed by the sweet friendship between these two animals.

Their viral fame has also led to an influx of contributions to the rescue.

“Just from a simple picture of a pigeon and a puppy being shared, we’ve already brought in over $6,000 in donations,” Rogers told WHEC.

Herman will remain a permanent resident at The Mia Foundation, while Rogers hopes that 8-week-old Lundy will one day be ready for adoption into a forever home. At the moment, however, she thinks he may have spinal corn damage and will need to learn to walk with the aid of a wheelchair.

The foundation has adopted out more than 1,000 animals since it was founded in 2012. Its name comes from Rogers’ own dog, Mia, who was born with a cleft palate. Although she was advised to put Mia down, she and her husband and foundation co-founder, Greg, decided to give her the best life possible. With their care, she lived as their pet for almost two years. Here’s a pic of her looking cute as a button:

“It was until after her death that I realized the reason for Mia’s existence,” the foundation’s website reads. “By taking the time to save her life, she, in turn, touched so many people and saved many animals too.”

Now, Herman and Lundy are inspiring people as well.

“I think the world needs good stories and when you have two species that basically fall in love, it can only touch hearts,” Rogers told WHEC.