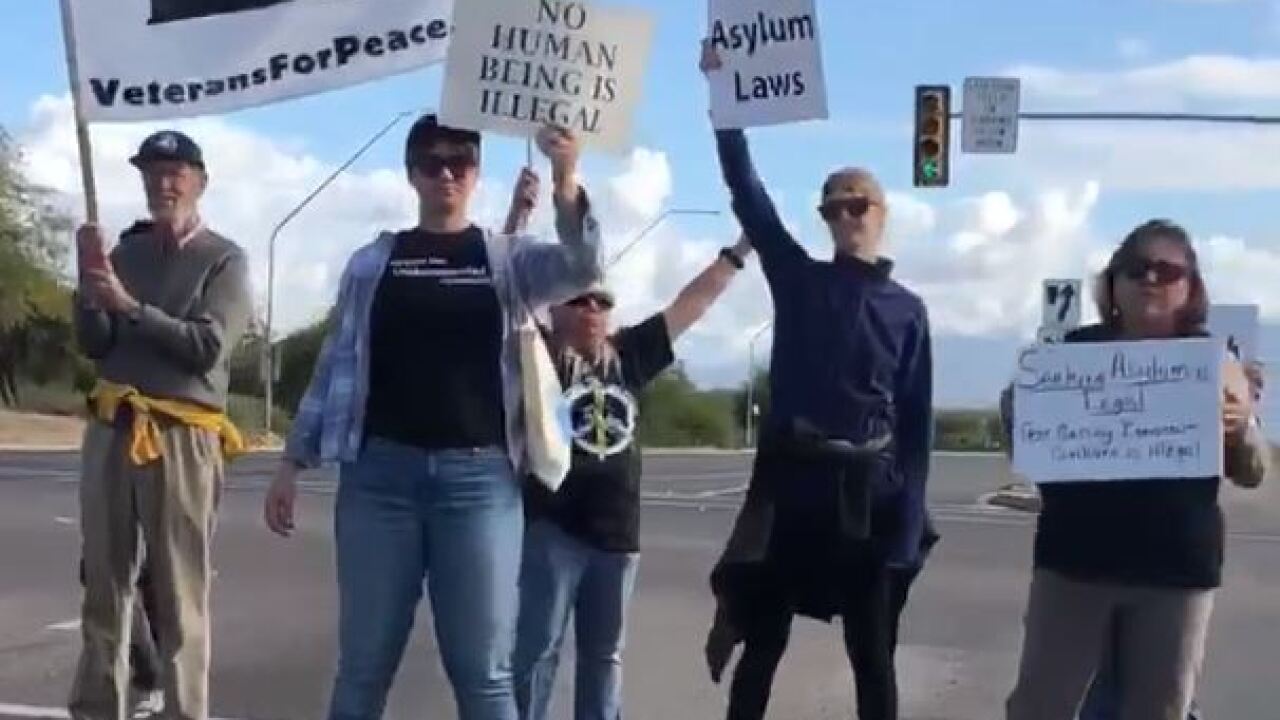 A small protest broke out early on Saturday, Dec. 1, at the Swan entrance of Davis-Monthan Air Force Base concerning troops on the border.

People began gathering at the entrance around 9 a.m. and carried on the protest til 11 a.m., displaying signs and chanting against troops being stationed along the US-Mexico border. One chant was "Say it loud, say it clear, refugees are welcome here."

Per TPD, no one was injured or arrested at the protest and roughly one hundred people were in attendance.

TPD confirmed there was a 30 minute shutdown that blocked traffic, due to protestors being in the crosswalk, but traffic was rerouted and the crowd eventually dispersed.