Parents Get The Least Sleep When Their Kids Are These Ages, According To This Study 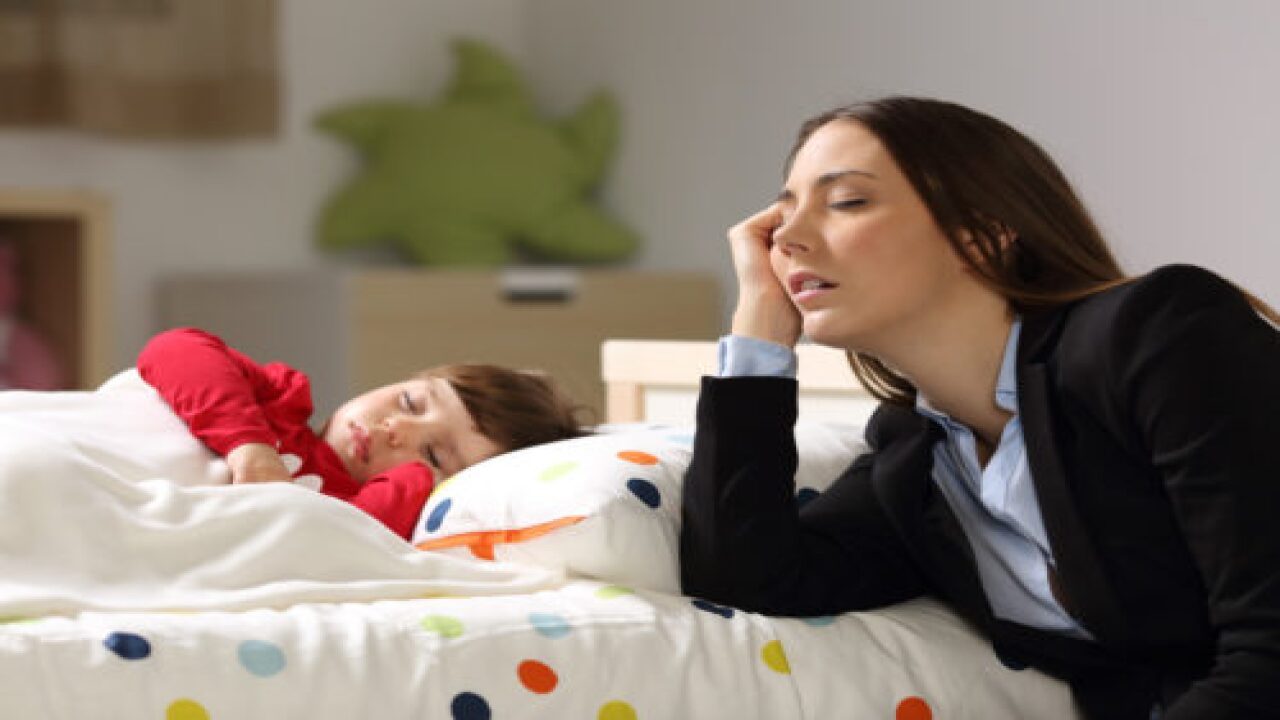 It turns out, the amounts of sleep dads and moms are getting may directly correlate to the age of their children .

In a two-year study by mattress company Amerisleep , which analyzed the sleep behavior of parents, it was discovered (unsurprisingly) that those with infants — kids age 1 and younger — are getting the least sleep.

Infants and toddlers interrupt their parents’ sleep the most, the study shows. But something surprising also came out of the study: Dads with sons ages 13 to 17 clock just as little sleep as those tired parents of infants.

No reason was given, but perhaps it’s just plain stressful to have a teen boy? Or … are they staying awake at night playing video games together? Hmm.

The National Sleep Foundation says aging causes folks to sleep less , so that could be a factor for dads of teen sons, too.

The study by Amerisleep also says moms have more sleep-related activity, which includes napping and just dozing off, than dads. The study suggests that they need more rest because they are multitasking more, which takes a toll on cognition.

Looking at the numbers, it isn’t much more — depending on the age of the children, moms are getting maybe 20-30 minutes more sleep and that’s it.

Amerisleep says “moms with daughters reported the fewest hours of sleep-related activity when their little ones were 2 years and under.”

Another study that was released in spring 2019 shows parents really don’t get good rest the first 6 years of their child’s life . That’s a long time to be sleep deprived!

On the bright side, as our children age, our sleep increases. Until dads have a teen boy, apparently.

If you are a parent who has found the time to get in a good period of rest, be sure to turn off your cell phone and do what you can to make every minute count. Here are some more tips for getting good rest .

So, parents, when did you get the most sleep after your children were born?