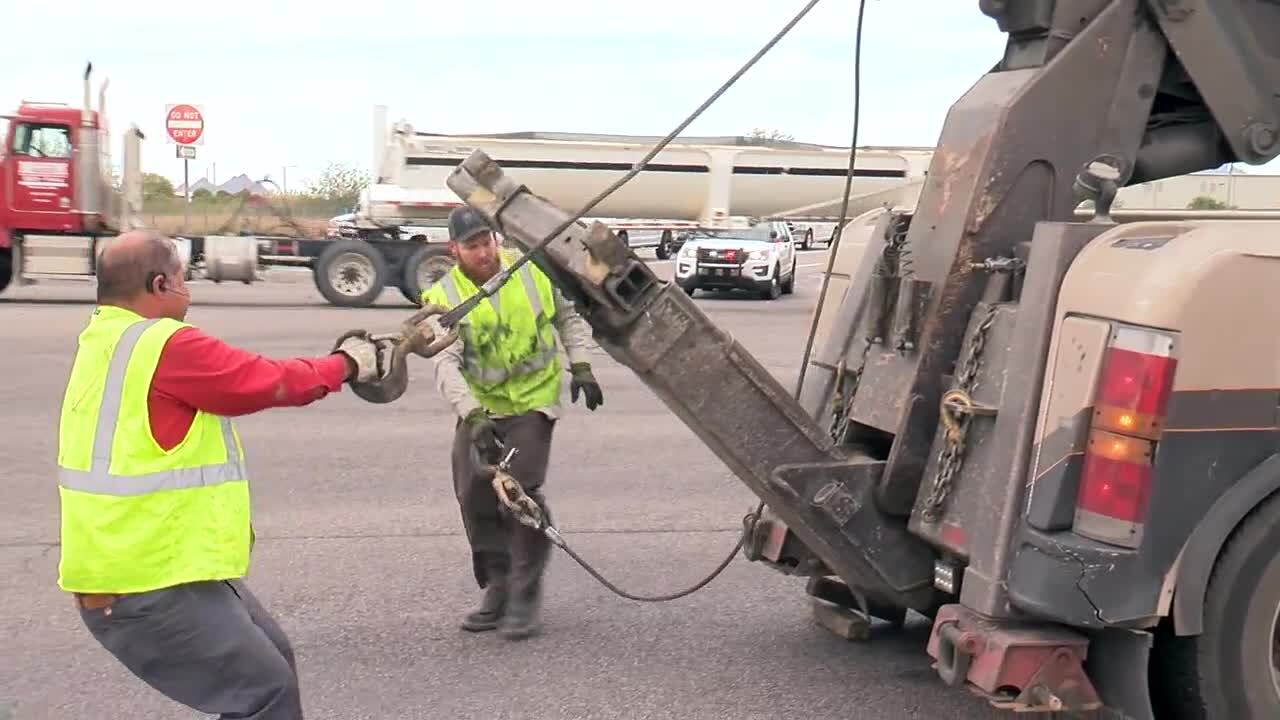 Copyright 2018 Scripps Media, Inc. All rights reserved. This material may not be published, broadcast, rewritten, or redistributed.
KGUN 9 On Your Side
The numbers are staggering. For every time a policeman is killed responding to an accident, there are six tow truck drivers killed. Arizona&#39;s &quot;Move Over&quot; law requires motorists to move over one lane, or slow down if changing lanes isn&#39;t possible, not just for first responders, but for everyone. 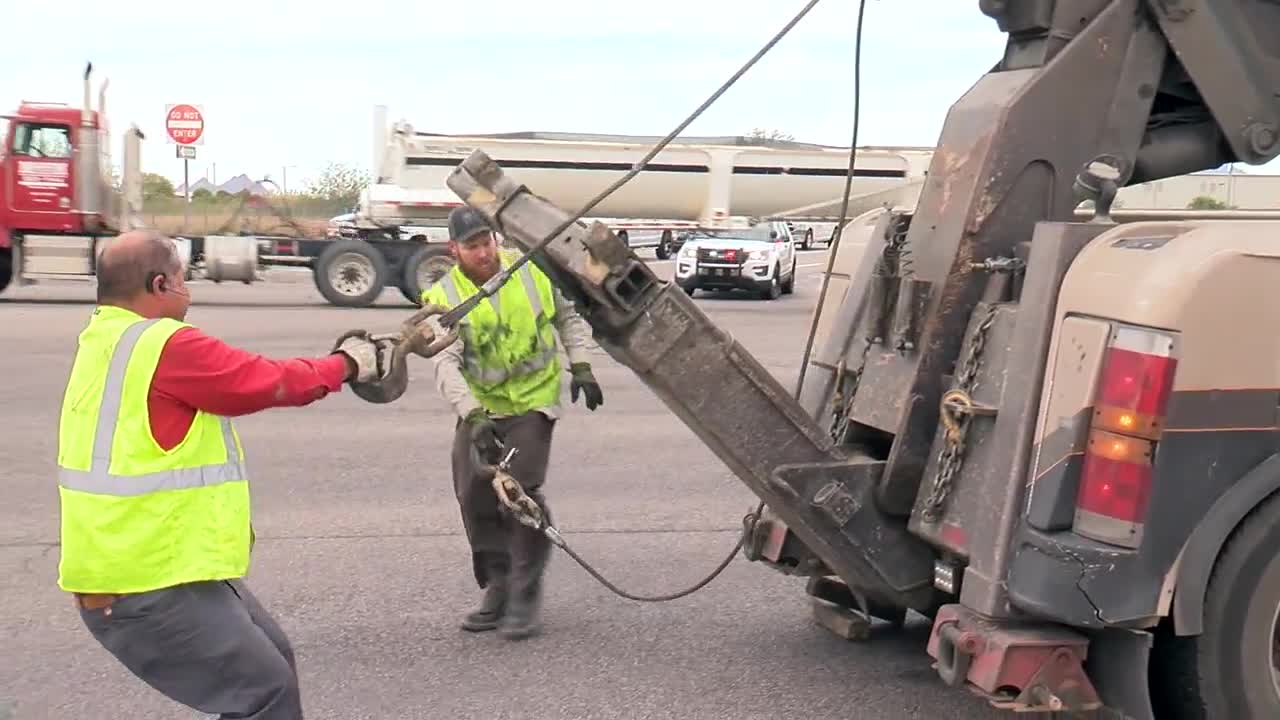 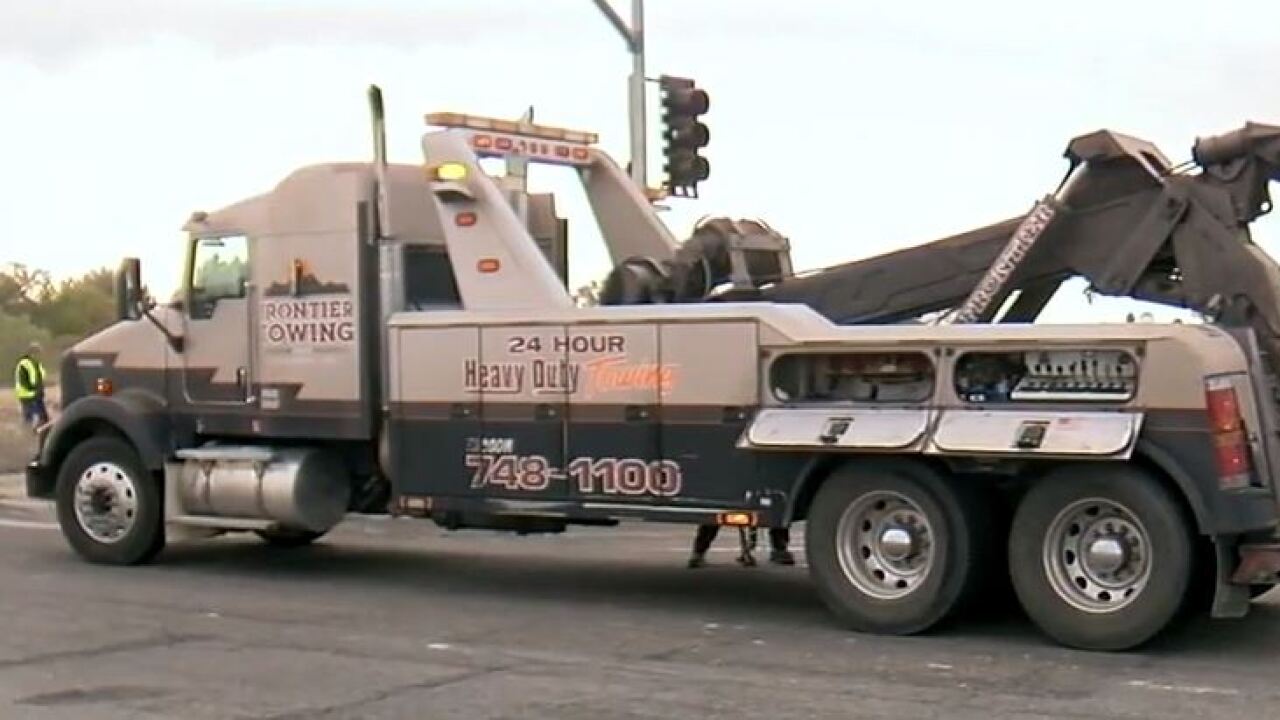 TUCSON, Ariz. - Imagine yourself driving down the highway and a massive truck flips over and you're one of the first people on scene.

"You get used to it. It's a daily job," says Frontier Towing driver, Benjamin Bedoy.

But the everyday-grind of a tow truck driver is probably more dangerous than you'd expect.

And when it comes to deaths, the numbers are even more staggering.

So no doubt, when the time comes for tow truck drivers to be called to a scene, there's a lot going through their minds.

Since we were small, we've been taught to be vigilant for emergency personnel. But what about those vehicles that don't have all the sirens and flashing lights we're used to seeing?

"A tow truck driver is not considered a first responder or considered an emergency response vehicle," says Mooney. "He's just a guy cleaning the roadway."

Which is why safety is so important.

"He doesn't have eyes on the back of his head to say, 'Look! There's a car coming'."

And it's no secret: The scene of wreck can hectic; especially when there's a high volume of traffic around it. Just another reason why many of these drivers work in pairs.

"There's a car coming. He's focused on recovering a truck so it doesn't flip over and kill someone; the rigging doesn't come loose. So my other guy is assisting him by making sure the traffic doesn't collide with my truck or my other driver," says Mooney.

In today's world, so many of us out on the roads are in a rush to get from A to B quickly. And tow truck drivers say they get it!

"The person on the road knows they need to get to where they're going, and the blocked road doesn't help them," says Mooney.

But they also say, just because we've got places to go, doesn't mean it's OK to put other lives at risk.

"When you see us out there, please pull over...move over," says Bedoy. "When you see our lights on...please move over."

In fact, Arizona's "Move Over" law even requires motorists to move over one lane, or slow down if changing lanes isn't possible. It's a simple concept we can all follow so the roads and those who work on them stay as safe as possible.