The process of installing speed humps 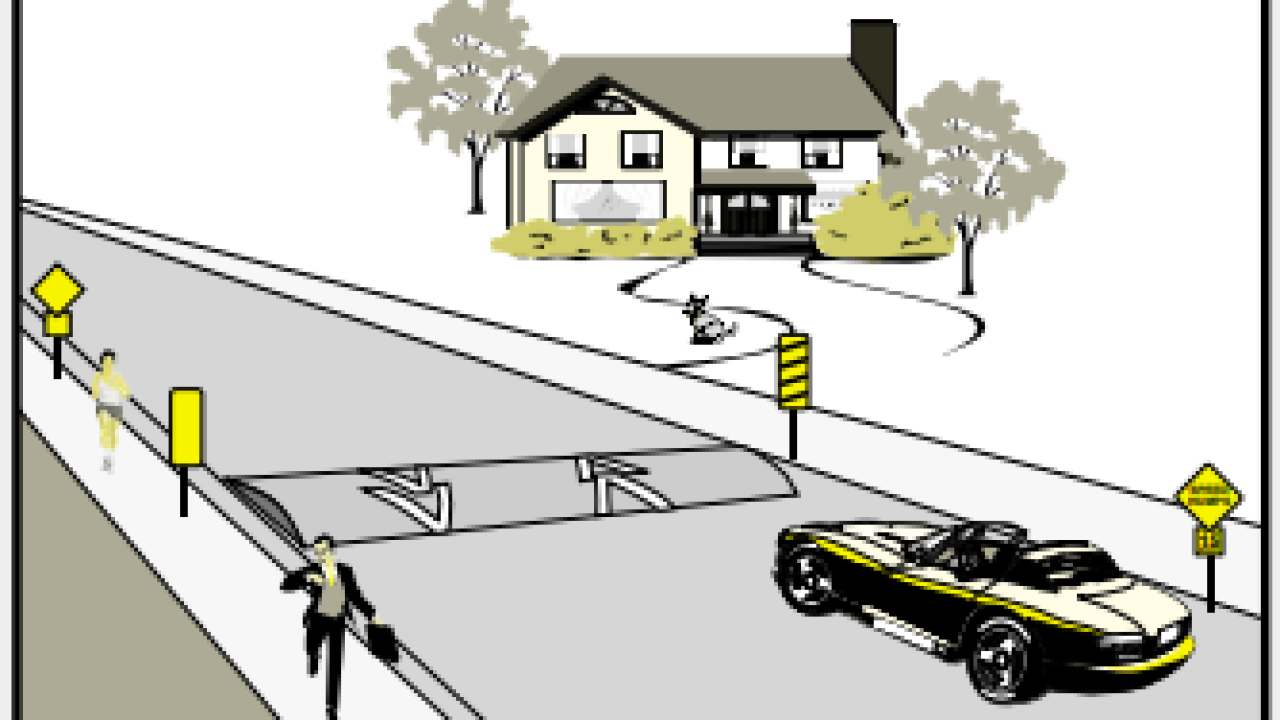 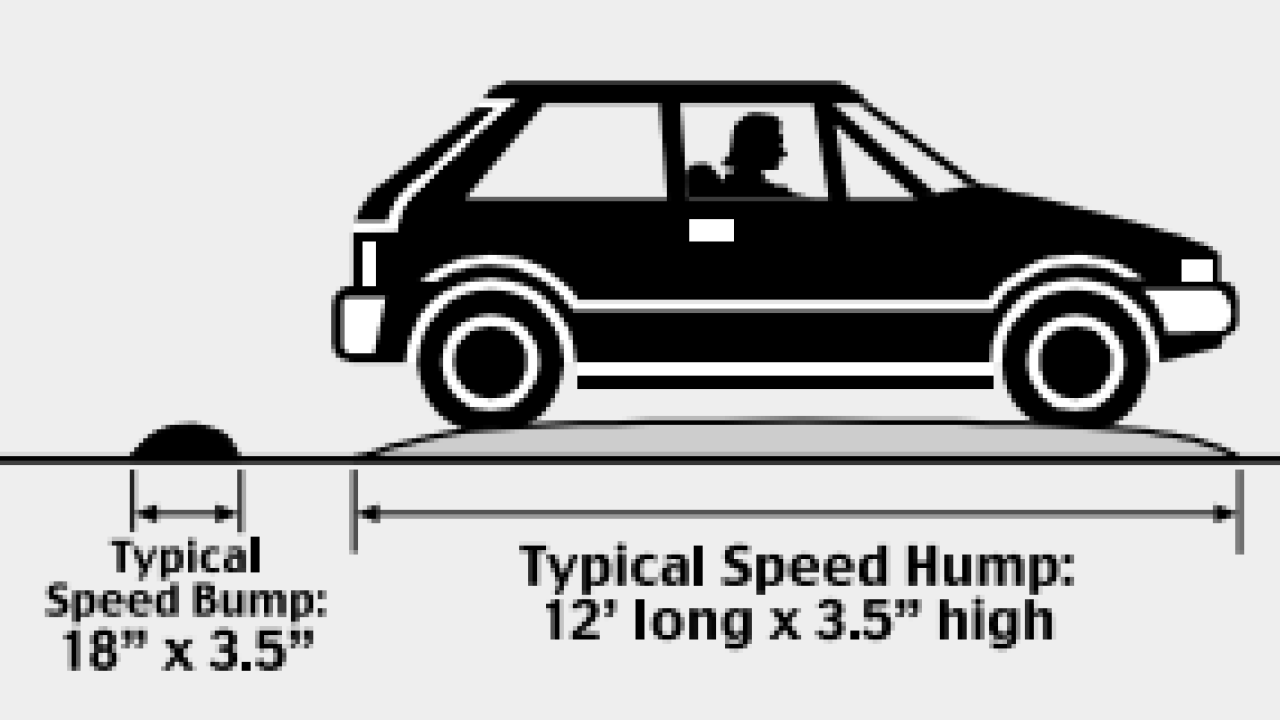 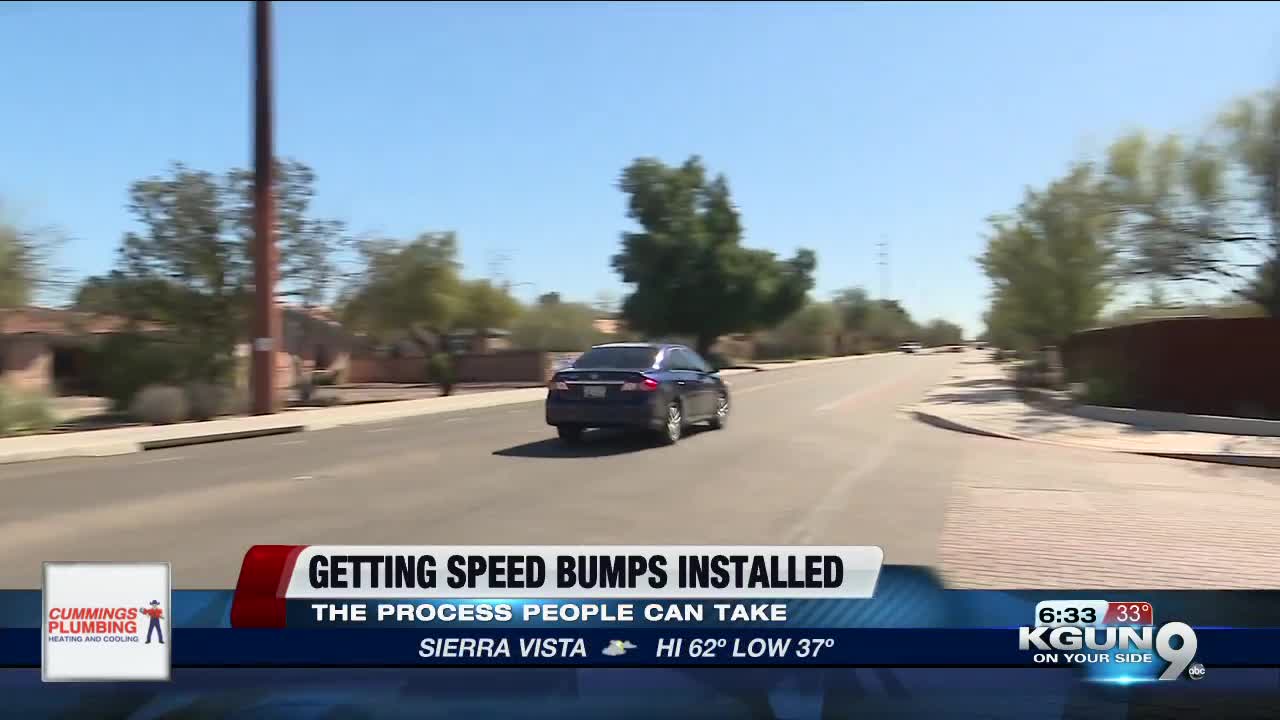 TUCSON — Since we first launched Operation Safe Roads and began asking viewers to share their concerns with us here at KGUN 9, one of the most frequent questions we've received concerns speeding in residential neighborhoods and how to go about having speed bumps, speed tables, or speed humps installed.

The most recent request came from a viewer who lives near the intersection of Roger and Mountain, an area where people say drivers will ignore the 25 mile-per-hour speed limit. This situation has led several people in the neighborhood to want speed humps put in place so that people slow down.

The purpose of a speed hump is to reduce the speed of vehicles on residential streets where speeding is occurring. They are not designed to change the volume of traffic on residential streets, and do not significantly reduce cutthrough traffic. However, recent speed hump studies have shown a 40-60% reduction in vehicles exceeding the speed limit, according to the City of Tucson.

What Is the Difference Between a Speed Hump, a Speed Table, and a Speed Bump?

According to the Tucson Department of Transportation, neighborhoods looking to install speed humps need to fill out a speed hump request form. Once the form has been submitted a "petition form and highlighted neighborhood map" will be sent to you. The petition must be filled out accurately by your neighborhood representative and will require 60% approval signatures from neighbors on abutting streets. Once this step is achieved the petition can be returned to TDOT and, if approved a study will be performed, payment will be arranged, and once payment is confirmed a date for construction will be established.

The management program says the cost for a speed hump is set at $500 and you will have to pay for it yourself.

For those interested in going through this process, it's important to remember that submitting a petition does not guarantee the plan will be approved and installed. There are several factors, including existing speed humps and potential flooding issues that can cause a request to be denied.

More information is available on the TDOT website in the section dedicated to outlining these processes.

Operation Safe Roads
KGUN 9 is committed to making our roads a safer place to travel on foot, on bikes, and in our vehicles. We welcome your input. Send your issues and concerns about the safety of our roadways to saferoads@kgun9.com or call 520-290-7690.