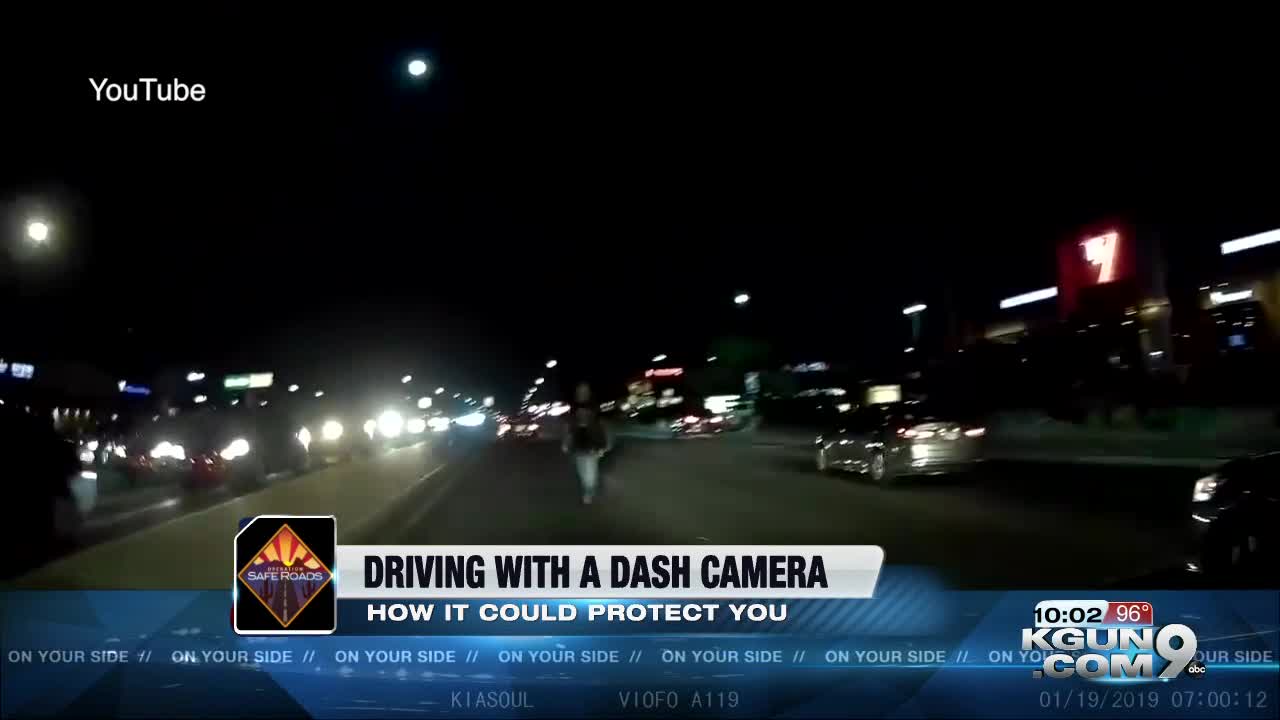 Every time Taylor Reynolds gets in the car, he turns on his dash cam. He says he won't drive a vehicle without one.

The 18-year-old estimates he drives 1,000 miles each week around Tucson, gathering hundreds of clips.

"If I have to slam on the brakes or someone almost hits me, then I'll save it and post it to YouTube," Reynolds said.

One video that shows Reynolds making a left turn from Craycroft onto Broadway has gained more than 34,000 views. A pedestrian is in the middle of the road, and Reynolds narrowly misses him.

TONIGHT AT 10: A Tucson teen drives around town with a dash cam, and posts videos of close calls to YouTube. Hear the reasons why he does this tonight on the next #OperationSafeRoads. @kgun9 pic.twitter.com/pKPrsUSn01

"I did not see this pedestrian until I got right up on him," Reynolds said.

He says he posts the clips to show how careful drivers need to be on the road, and what could happen if they're not paying attention. The number one reason why he has a dash cam is to protect himself, he said.

"If I were to get into a car accident, and I clearly was not at fault, and I know I wasn't at fault -- but the other driver says I was at fault -- I can show that footage to my insurance company and the police officer, showing them that it was not my fault," he said.

KGUN9 did a search online for dash cameras and found most average around $100, and can cost as much as over $400.