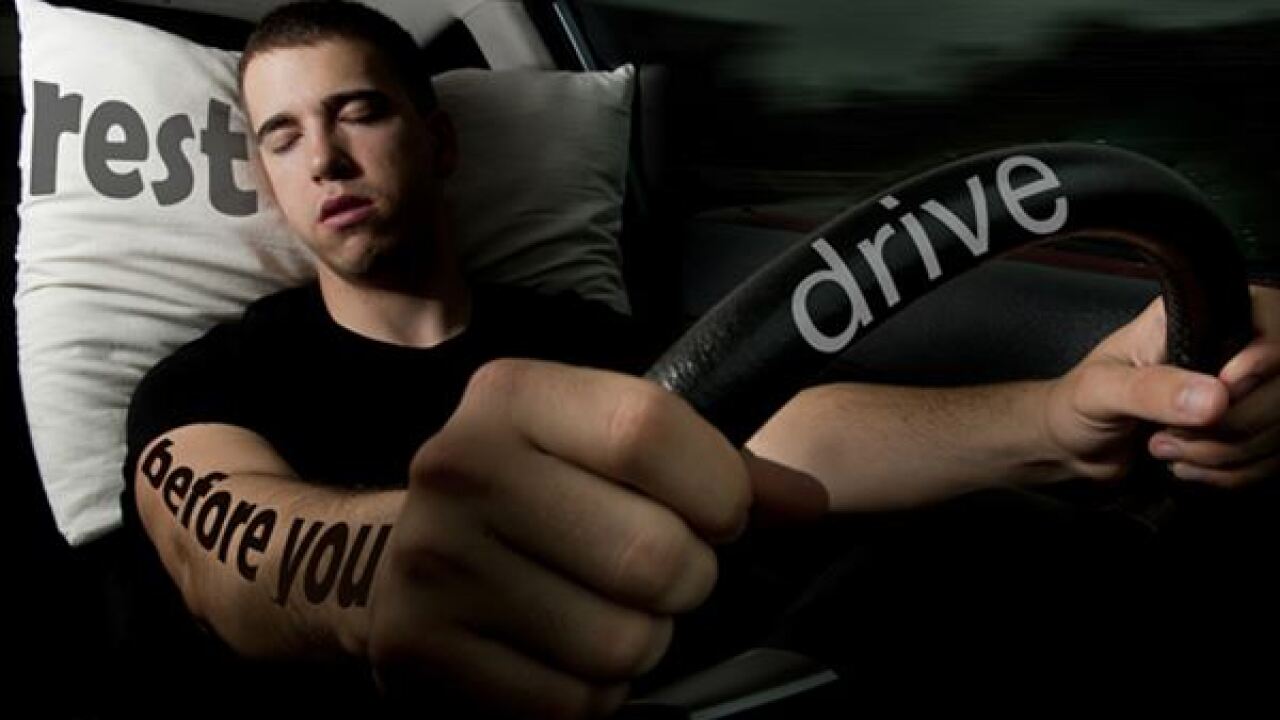 TUCSON, Ariz. - Do you ever get that feeling when you're driving in a car and you're so tired you don't remember getting from one place to another? You're not alone! The CDC says more than a third of American adults aren't getting enough sleep on a regular basis.

"It's a big problem! The most recent literature says 800 lives have been lost to drowsy driving annually," says David Sholes, manager of TMC Sleep Center.

And if you break those numbers down even further, sleep experts say, it's the teen population that is most at risk.

"With the school system and their schedules nowadays, they are stretched thin and they are probably not getting enough sleep," says Sholes.

So when it comes to getting behind the wheel, combine lack of rest and your brain not functioning at one hundred percent, and you've got a recipe for disaster.

"There is no ability to react," says Sholes. "No ability to make decisions because you are essentially asleep. Your brain is asleep."

We did some looking, and as of right now, there is no drowsy driving law in Arizona, so it's up to parents to keep and eye on their young drivers.

"Making sure that they are getting adequate sleep. That their routes to and from certain locations are safe and that they have the power to pull over and take a nap," says Sholes.

Sleep experts also say not getting enough rest early in life can have an impact on your health later on down the road, which, in turn, could lead to problems when you're behind the wheel.

"We're now finding out that hypertension, diabetes, a lot of factors that sleep deprivation can impact your quality of life and actually make you more susceptible to those diseases. But also accidents," says Sholes.

It's no secret that life gets busy. But no matter your age, losing sleep isn't worth the risk of hurting yourself or someone else on the road.