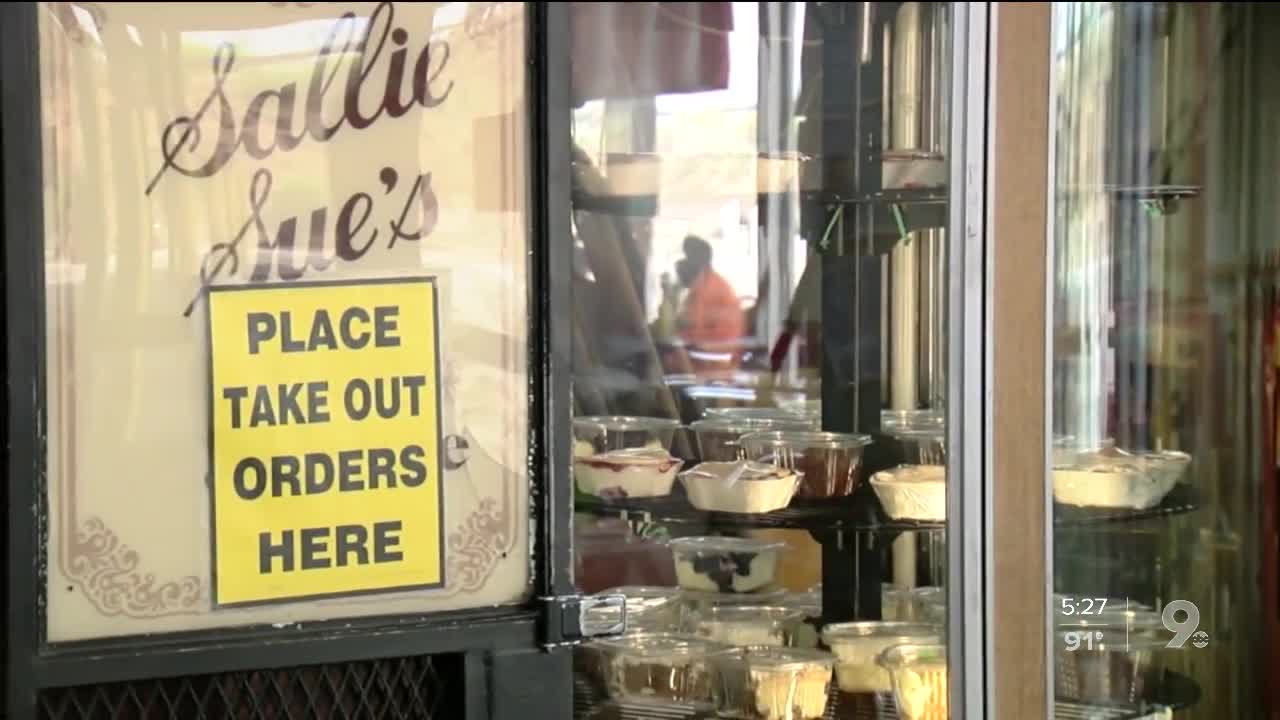 A well-known restaurant inside Tucson's 'Triple-T' truck stop is being remodeled during this time.

TUCSON, Ariz. — A well-known restaurant inside Tucson's 'Triple-T' truck stop is being remodeled during this time.

Omar's Hi-Way Chef restaurant planned on doing more of a minor remodel during the summer, but because of the shutdown they ended up doing a complete revamp.

President of operations for 'Triple-T' truck stop Kurt Dando said "There's nothing positive about what's going on, we all know that. As a matter of fact, it's horrifying, it's truly horrifying for everybody. But we took advantage of the restaurant being closed, the front of the house. Of course we're still doing takeout and orders and we took advantage of that by doing a complete remodel."

Approximately two-thirds of staff had to be laid off, but the owner will be offering their job back when things settle.

'Triple-T' and Omar's qualified for a small business loan the second time around.

The restaurant hopes to be open by the end of May.