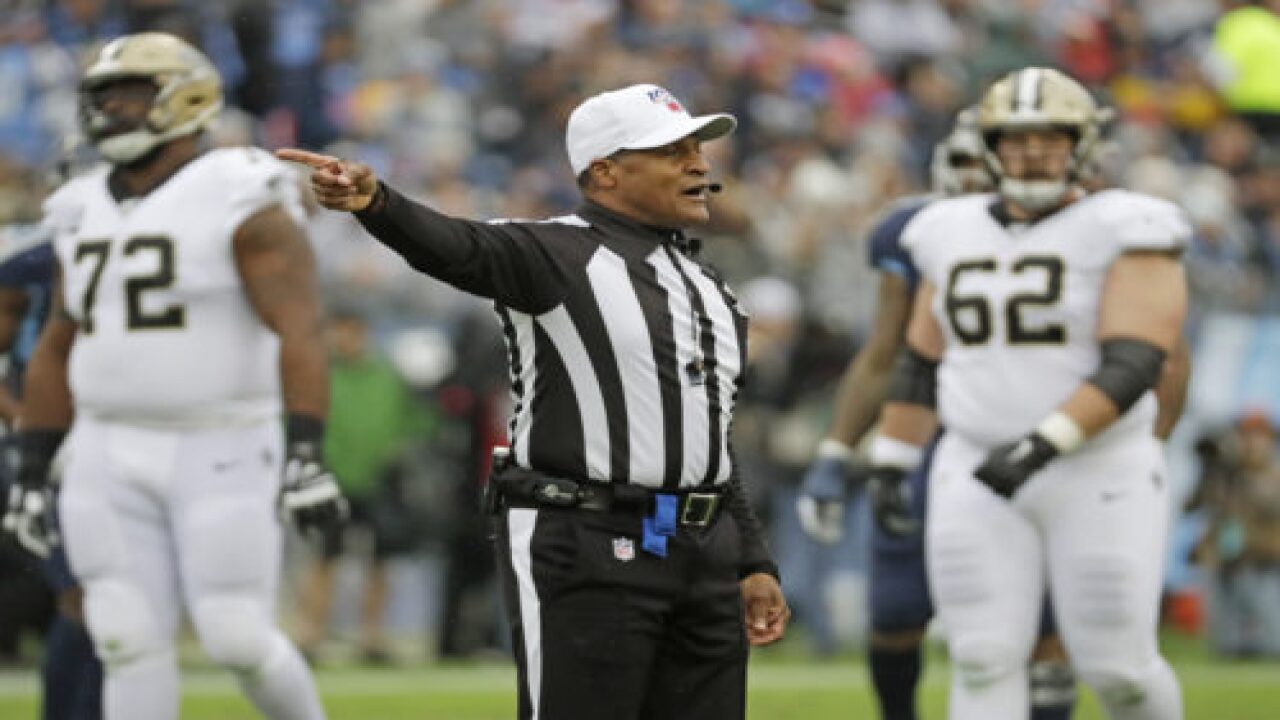 When the National Football League’s Los Angeles Rams and Tampa Bay Buccaneers take the field on Nov. 23, it will be an historic night. But it won’t be about the players.

Instead, the focus will be on a small group of people who typically try to stay out of the spotlight: the officials. For the first time in its 100-year history, the NFL will have an all-Black officiating crew on the field in Tampa, Florida.

The seven-man crew will take the field led by head referee Jerome Boger, who is a 17-year league veteran, according to USA Today.

“This historic Week 11 crew is a testament to the countless and immeasurable contributions of Black officials to the game, their exemplary performance, and to the power of inclusion that is the hallmark of this great game,” said NFL executive vice president of football operations Troy Vincent, ESPN reports.

The NFL has 17 officiating crews that are selected before the start of the football season. The league works to keep these crews together as much as possible so the individual referees get to know one another and build a better working relationship over the season. While many of the crews were organized based on geography this year due to COVID-19 travel considerations, the NFL is pulling two of the referees (Johnson and Steed) from other crews to create this historic officiating team.

Crew leader Boger told ESPN he is looking forward to the game — and working a game that marks such an important milestone.

“I am proud of my heritage and excited about my participation in this historic game,” Boger said. “The opportunity to work with a great group of Black officials and exhibit our proficiency in executing our assignment is something I am really looking forward to.”