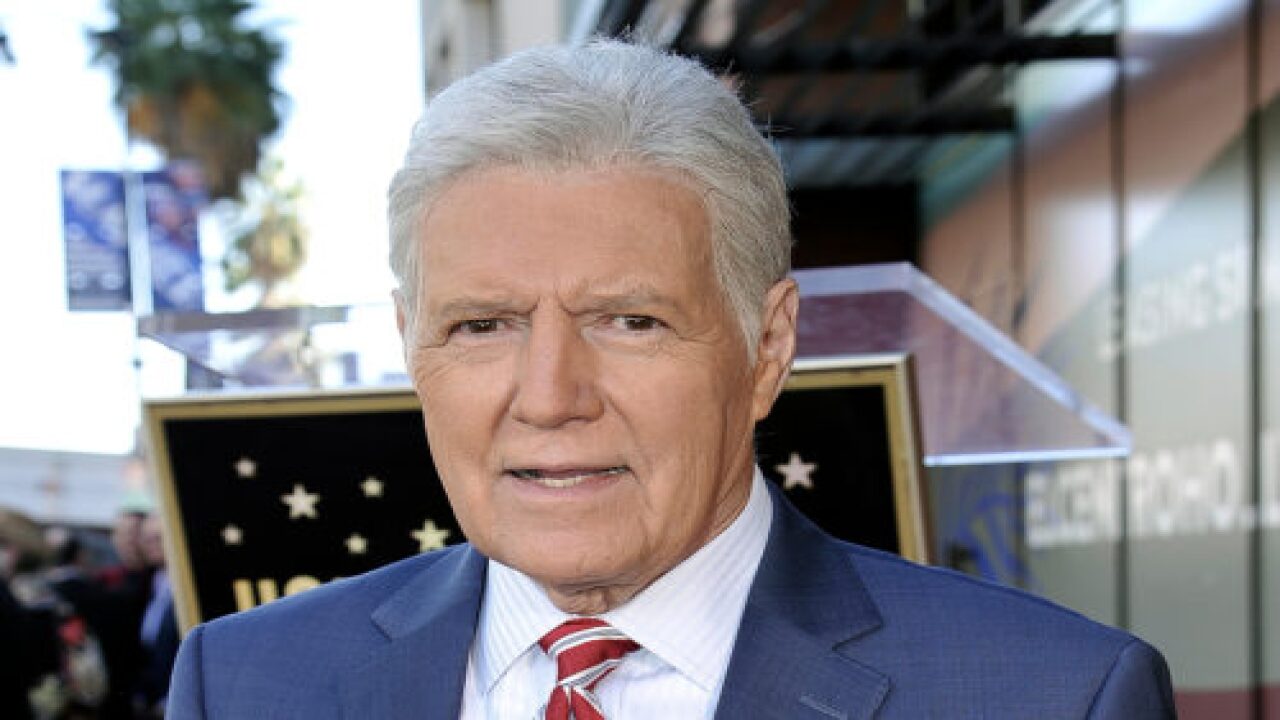 As the Emmy-award winning host of “Jeopardy,” Alex Trebek was a beloved part of many families’ evening television ritual for 36 years. So when he died on Nov. 8, many Americans mourned the loss of this warm-hearted, inspiring man who was so much more than just a game show host. Minnesota Vikings wide receiver Adam Thielen was among them, and he decided to honor Trebek by hiring an artist to create custom cleats that would celebrate the “Jeopardy” host’s legacy.

During the “Monday Night Football” pregame on Nov. 16, Thielen took his new cleats to the field in a touching tribute to Trebek.

Shoe artist Dan Gamache shared images of the custom cleats on social media, writing, “no matter where you were from I feel like Jeopardy was a part of all of our lives in some way.” The gold-and-white cleats feature a full-color painted image of Trebek with a halo over his head. On the other side of the shoes is, “We will miss  you, Alex — $19,000.” The words are white on blue, in the style of a “Jeopardy” wager, and the number is no doubt a nod to the fact that Thielen wears number 19.

For #MNF pregame tonight my guy @athielen19 will be honoring the legend Alex Trebek who passed last week. I feel like no matter where you were from I feel like Jeopardy was a part of all of our lives in some way. ð #skol pic.twitter.com/1itrgOM4M8

The Minnesota Vikings shared pictures of the cleats on their Twitter account as well, turning the caption into a “Jeopardy” question: “Cool cleats for $2000”:

Gamache has created other custom cleats in the past, including artwork that features everything from music (like rapper Future’s album art to cleats with Pharrell Williams’ face) to movies (like cleats featuring Beetlejuice and the Grinch). He has become the NFL’s go-to guy for creating unique and quirky designs, thanks in large part to the Iron Man shoes he created for Lebron James, which helped make Gamache a household name among sneaker-heads and sports fans.

It’s just one of the many tributes we’ve seen in the days since Trebek’s death, and the depth and breadth of the tributes goes to show just how much he meant to his fans — and says a lot about how Trebek lived his life. In addition to being a regular guest in so many families’ living rooms, Trebek was also beloved for his humanitarian work.

“Alex first got in touch with us during the Ethiopia famine in the 1980s, asking how he could help,” wrote World Vision president and CEO Edgar Sandoval Sr. in the organization’s tribute to Trebek. “Over the years, despite his busy schedule, Alex found time to visit some of the greatest humanitarian crises of our time, bringing attention to the issue of poverty.”

We miss you, Alex!