Landslide at Myanmar jade mine kills at least 162 people 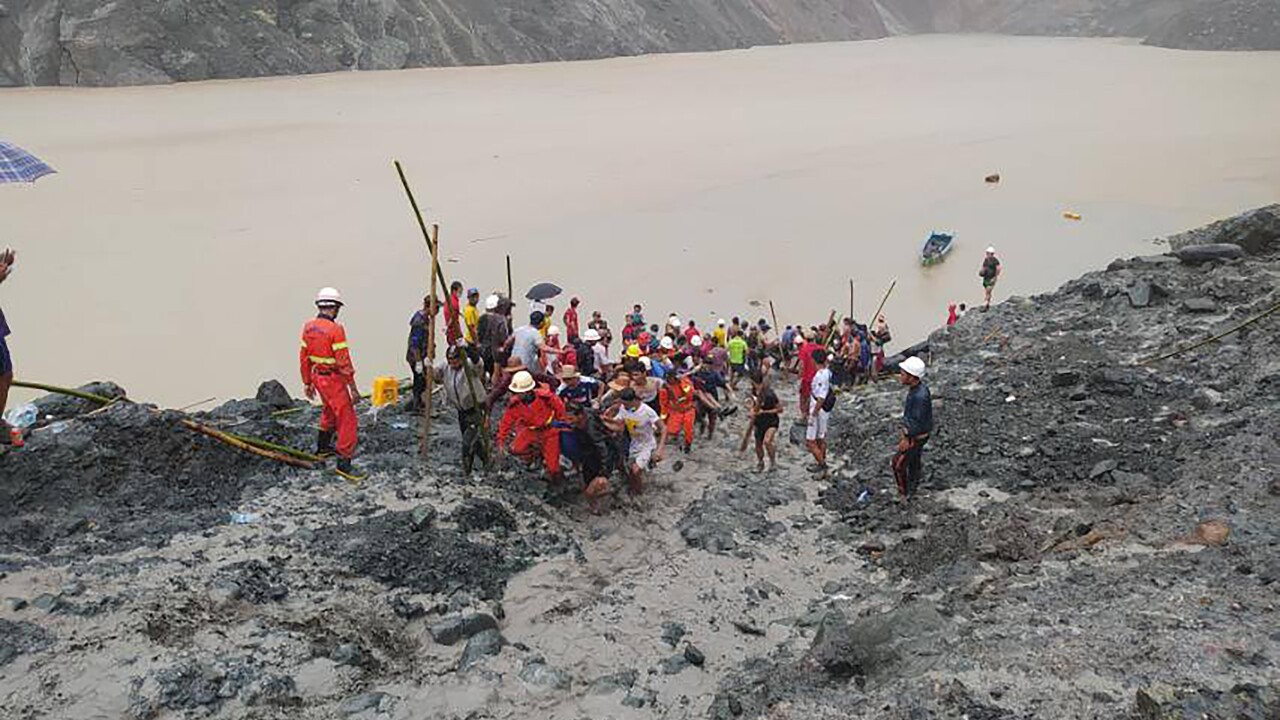 Copyright 2020 The Associated Press. All rights reserved.
AP
In this photo released from Myanmar Fire Service Department, rescuers carry a recovered body of a victim in a landslide from a jade mining area in Hpakant, Kachin state, northern Myanmar Thursday, July 2, 2020. Myanmar government says a landslide at a jade mine has killed dozens of people. (Myanmar Fire Service Department via AP)

HPAKANT, Myanmar (AP) — Officials in Myanmar say a landslide at a jade mine in the country’s north has killed at least 162 people.

The landslide took place in Kachin state, the center of the world’s biggest and most lucrative jade mining industry.

The death toll surpasses the 113 killed in what previously was the worst such jade mining accident, in November 2015.

The victims are usually freelance miners who settle near giant mounds of discarded earth that has been mined in bulk by heavy machinery in order to scavenge for small bits of jade.