Koalas on track to become extinct in New South Wales before 2050, report says 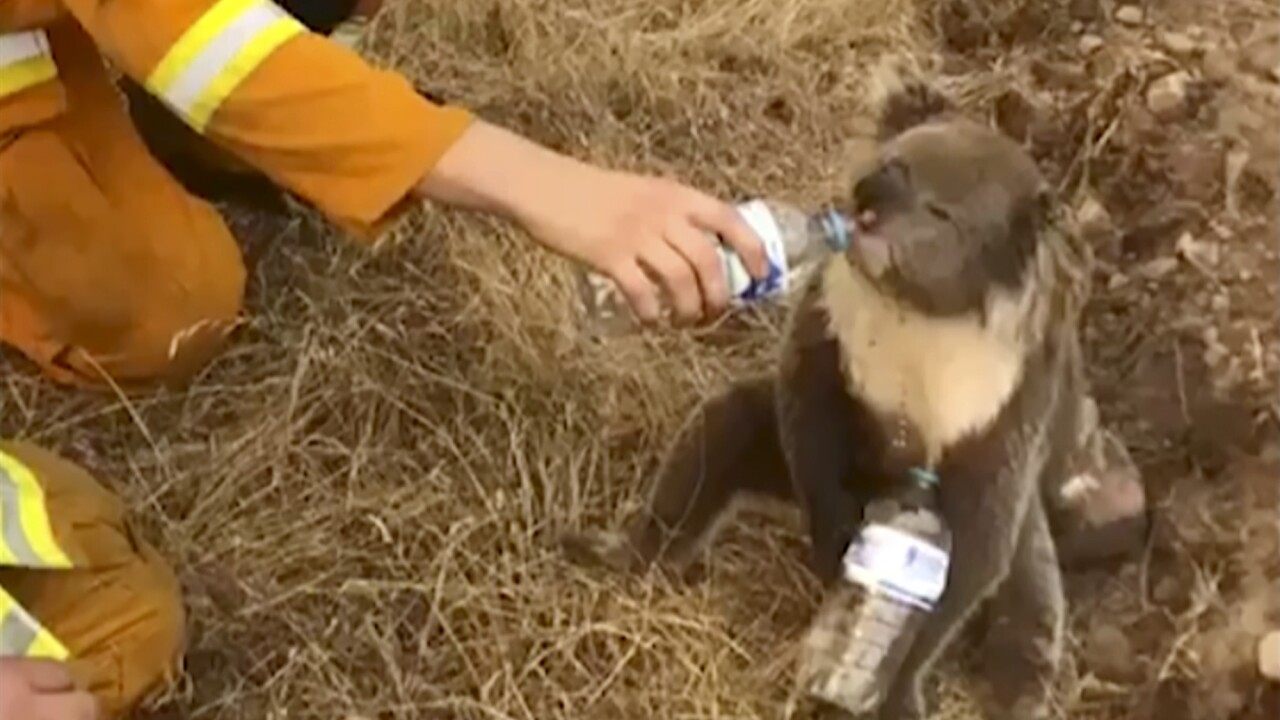 AP
In this image made from video taken on Dec. 22, 2019, and provided by Oakbank Balhannah CFS, a koala drinks water from a bottle given by a firefighter in Cudlee Creek, South Australia. Around 200 wildfires were burning in four states, with New South Wales accounting for more than half of them, including 60 fires not contained. (Oakbank Balhannah CFS via AP)

SYDNEY, Australia – Koalas are on track to become extinct in New South Wales before 2050, according to a report from the Australian state’s parliament.

A committee released the report Tuesday after a year-long inquiry and it’s asking the government to take immediate action to save the nation’s most loved animal.

A government estimate showed that there are about 36,000 koalas in the state, but the committee says that estimate is outdated and unreliable.

The report says the loss in koalas is partly a result of the 2019-2020 bushfires that devastated the country. The committee says at least 5,000 koalas were lost in the fires over the past year, potentially more.

“An estimated 24% of koala habitat on public land has been severely impacted across the state, but in some parts, there has been a devastating loss of up to 81%,” the report says of the wildfire devestation.

However, the committee says the most serious threat to koalas is habitat loss.

“The ongoing destruction of koala habitat through the clearing of land for agriculture, development, mining and forestry has severely impacted most koala populations in the state over many decades,” wrote committee chair Cate Faehrmann. “The committee found that this fragmentation and loss of habitat poses the most serious threat to koala populations and made a number of key recommendations that stronger action must be taken by government to protect and restore koala habitat on both public and private land.”

The committee also found that climate change is having a severe impact on koalas, not only by affecting the quality of their food and habitat, but also by compounding the severity and threats of other impacts, such as drought and bushfires.

Along with its findings, the committee provided a long list of recommendations for the government to implement in order to save the state’s koalas. Those included prioritizing the protection of koala habitat corridors, improving monitoring methods and increased funding.

One recommendation encourages the government to look into the establishment of a Great Koala National Park on New South Wales’ North Coast.