For the second straight day, protesters have disrupted traffic at one of the world's busiest airports in Hong Kong. 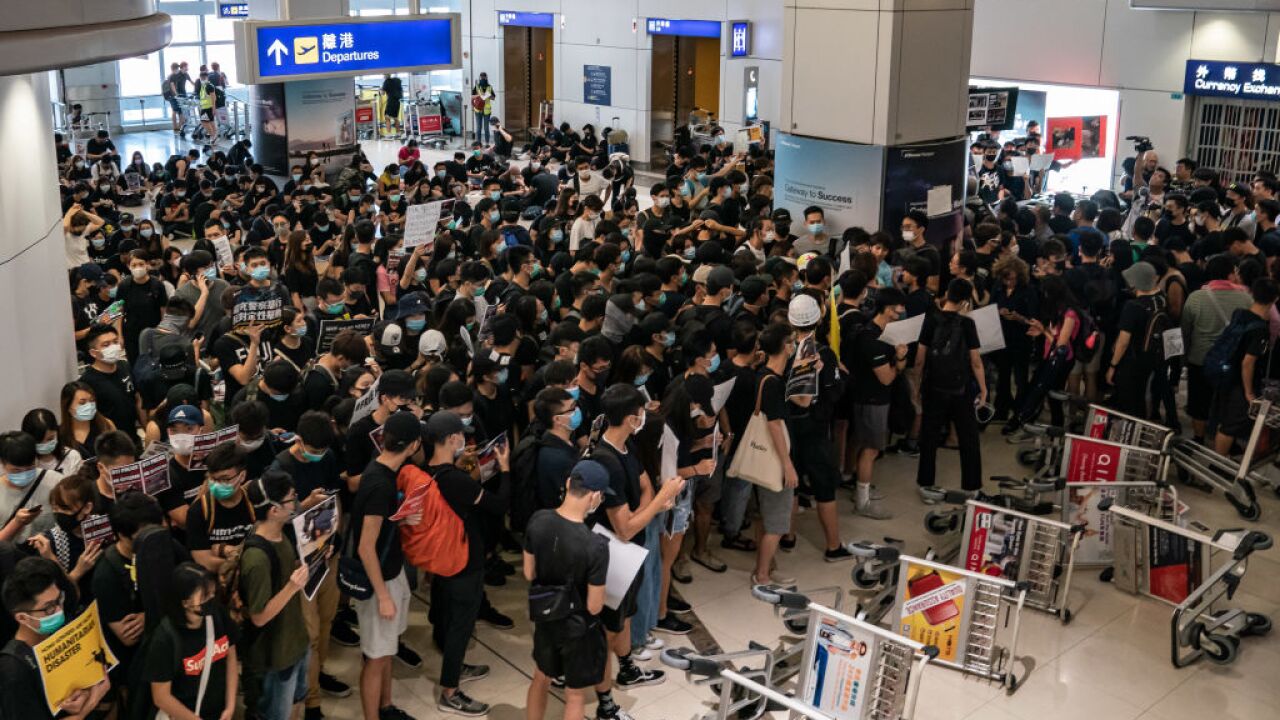 Scenes of chaos erupted at Hong Kong's airport on Tuesday evening as riot police clashed with protesters who continued to block security gates at one of the world's largest travel hubs.

The police made their first significant appearance at the airport since protests began there five days ago, with at least five police buses arriving at the airport after 10:30 p.m.

Protestors scrambled to set up barricades as police officers left the buses and entered the airport. Riot police appeared soon after, amassing outside the airport terminal and clashing with demonstrators.

The violence came after Hong Kong's Airport Authority announced that all check-in services would be suspended for another night, due to terminal operations being "seriously disrupted."

"Members of the public are advised not to come to the airport," the authority said in a statement. All outbound flights which have not yet completed the check-in process have been canceled.