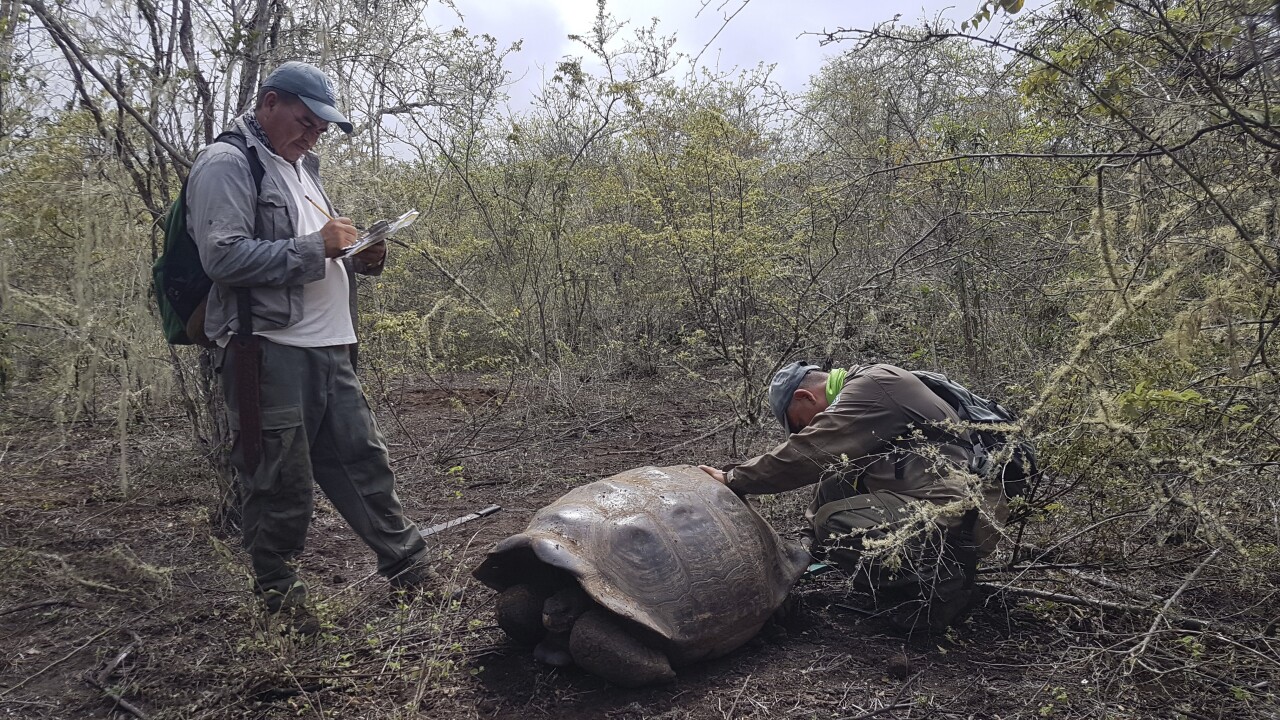 QUITO, Ecuador (AP) -- Conservationists working around the largest volcano on the Galapagos Islands say they have found 30 hybrid giant tortoises partially descended from two extinct species, including that of the famed Lonesome George.

The Galapagos National Park and Galapagos Conservancy said Friday that a young female has a direct line of descent from the Chelonoidis abingdonii species of Pinta Island.

The last of those tortoises was Lonesome George, who died in June 2012 and was believed to be over 100 years old. Another 11 males and 18 females were from the Chelonoidis niger line of Floreana Island. They were taken to a captive breeding center.