UArizona professor imagines what 'recovery' could look like after Bighorn Fire 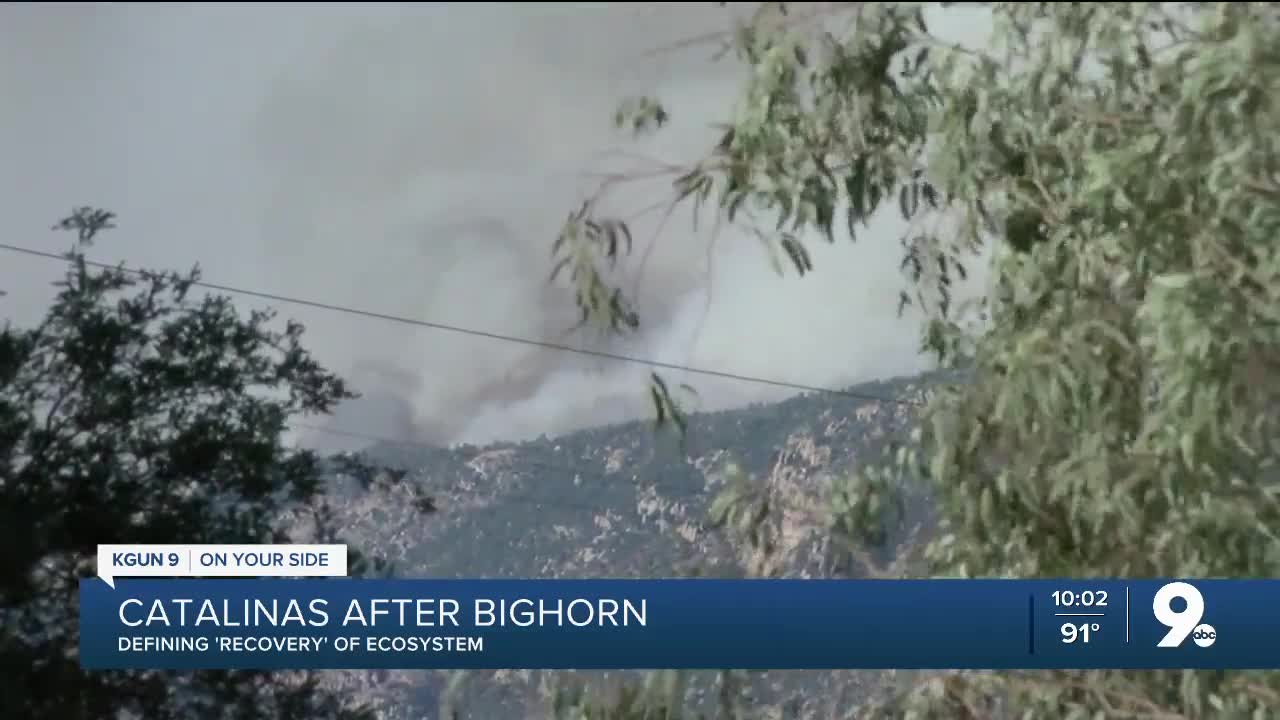 MT. LEMMON, Ariz. — Recovery seems a long way off but when it happens, one expert from the University of Arizona said it could make the Catalinas look very different than before.

"The question of how the ecosystem is going to grow back after this fire is really complicated."

Dr. Don Falk is an expert in the ecological recovery after wildfires from the University of Arizona.

He said some forests and species of vegetation will face a severe threat from the Bighorn Fire depending on the intensity with which in burns.

"It really depends on what we call 'fire severity' that is how much impact the fire has on the things that grow there."

He provided a map, made by Lauren Maghran for her masters thesis, it identifies the severity of fire that burned during the Bullock and Aspen fires in 2002 and 2003.

Falk said when researchers can make a map of the Bighorn Fire, they'll have an idea how severe and where it burned, that will give experts a better idea how nature might 'recover.'

"When we say recovering, we tend to think: 'well there was a forest before, it's going to grow back into a forest now.'"

Falk said when you're talking about natural recovery you can't speak in terms of human lifetimes, you start talking in decades and centuries.

"I'm a very optimistic person and I always want to believe that nature is going to bounce back, but it does happen sometimes that the impacts are so severe that if it's going to recover, it could not happen in our lifetimes."

Falk said saguaros that burned in the lower elevations might have a difficult time recovering just because they aren't as adaptable to fire as conifers and other species.

Falk said one very apparent change to the landscape could happen on Mt. Lemmon itself.

He said it wouldn't surprise him if the mountain looked very different after the fire is contained and new vegetation makes its way on the peak.