Inside the retardant operations on the Bighorn Fire

For the first time, KGUN 9 cameras were rolling inside the Catalina State Park where operations are underway to stop the spread of the Bighorn Fire. 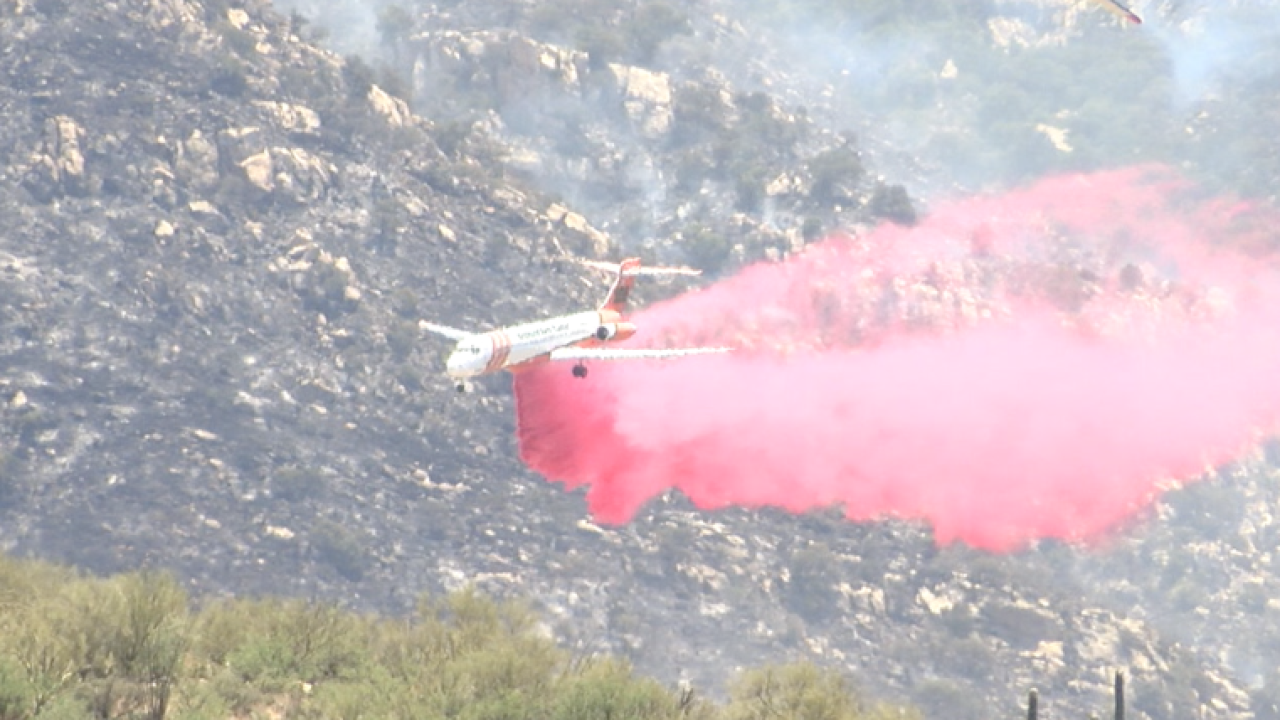 TUCSON, Ariz. — For the first time, KGUN 9 cameras were rolling inside the Catalina State Park where operations are underway to stop the spread of the Bighorn Fire.

“It's just another tool for them to use on the fire but in this rough terrain and mountains and weather conditions here. There's nothing else that would be in the moment,” explained Marty Posey, owner of Pecos Valley Wildfire.

Retardant starts out as a dense powder. It is then mixed with air and water through hoses that then transfer the chemical to large tanks where helicopters come down to pick it up and drop it over the Santa Catalina Mountains.

Marty Posey owns Pecos Valley Wildfire and he is no stranger to wildfire -- he has worked to stop them for decades. He said the helicopters fly in and take up to 2,100 gallons to drop over the fire.

“When the fire reaches the retardant, you'll have a chemical reaction that takes place," he said. "The fire will slow down to almost a crawl and if mother nature allows it to work right, then the hand crews can mop it up and clean it up."

He thinks the retardant has been successful.

“They had the potential to lose a really large number of very expensive homes. A lot of values at risk, as we call them," Posey said. "I think, to a large degree, the aircraft and the retardant made a major difference. That's a major expense, but it works,” he said.

Retardant operations will continue over the next several days in the Bighorn Fire.