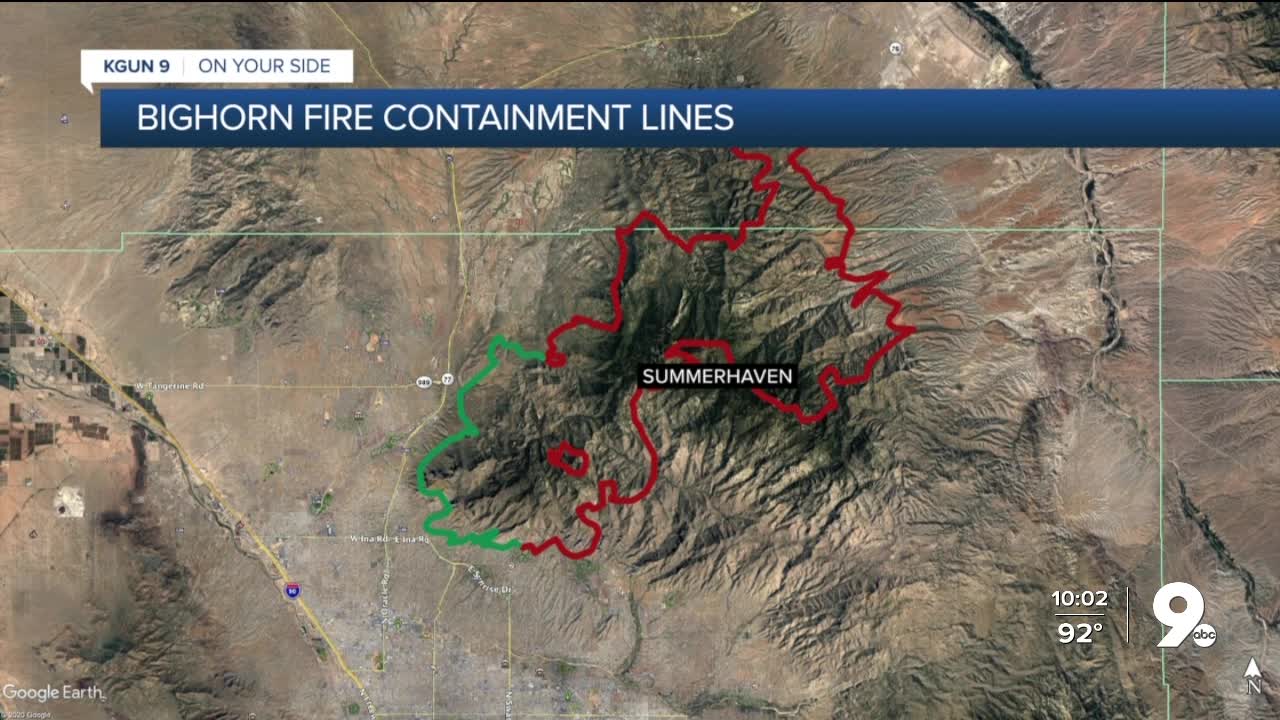 Containment of Bighorn fire can change one day to another, we asked how fire crews identify that

MT. LEMMON, Ariz. — There was a haze that blanketed the area around the base of Mt. Lemmon and it goes to show this fire can move very quickly from one place to another.

The Bighorn Fire has shown that if it can be controlled, that control can be lost very quickly, that's how fire crews explained how containment is defined.

When wind and dry conditions cause the fire to grow they said they can lose ground on the containment of the size of it.

It all has to do with what they call a 'fireline.'

On the map you'll see how they identify the boundaries of the Bighorn Fire (using drones to do that).

Red lines identify where the fire still burns and black line show where it's no longer burning over that line, meaning it's contained.

That's how crews said they learn every morning how much of it contained and how much more work they have to do.

Adam Jarrold, a spokesperson for Emergency Management, explained how containment can change from one day to next like a shift seen last week when it fell from 40% to just over 20%.

"So what happened is we had that really windy day last week and the fire just pushed and grew much larger so we had that uncontained fireline in the direction the fire was pushing," Jarrold said.

The Bighorn has burned over 58,000 acres but the work of the crews is a testament to how quickly they can gain ground, they said containment has gone up to 33%, Monday evening.