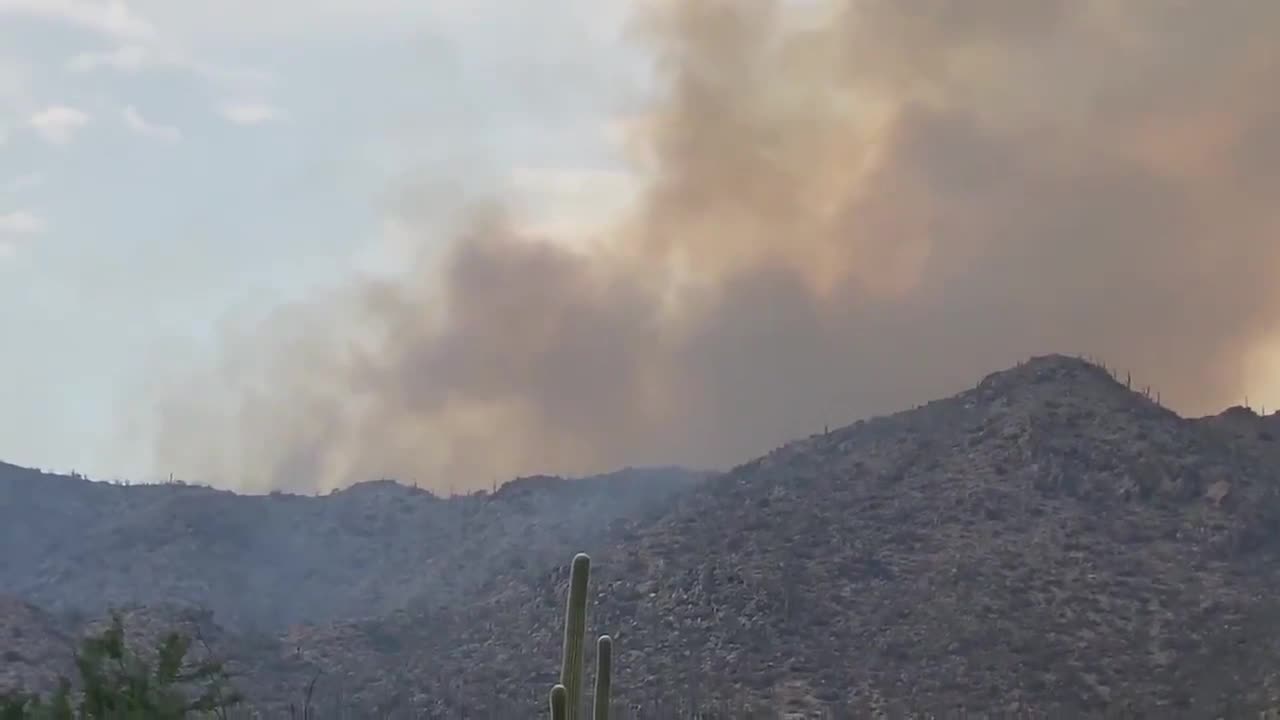 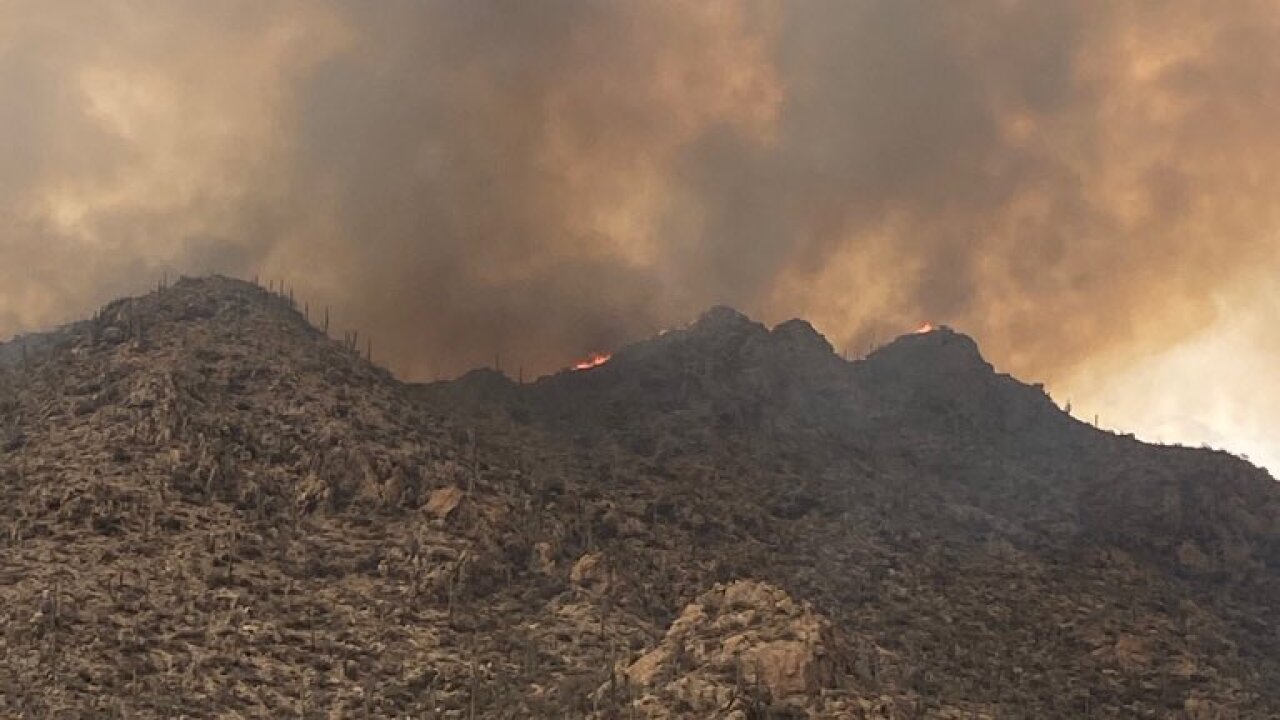 TUCSON, Ariz. — According the Arizona State Forestry, the fire in the Tortolita Mountains is 100 percent contained Monday.

Good work @azstateforestry . To all of the residents in Dove Mountain please rest comfortably tonight, the Dove Fire is officially 100% contained. https://t.co/o1oQhasuoK

According to Northwest Fire, the fire has increased to 940 acres, fire activities have increased due to winds. There are no current threats to structures.

Saturday morning update of the Dove Fire. Fire has burned approximately 940 acres. There are a few hots spots throughout the burn area. @azstateforestry crews expect this weekends rain will allow full containment by the end of the weekend. Still NO threat to structures.

Fire activities increased this afternoon with the winds but the fire is burning to the east/northeast. The path of the fire is away from structures and towards open desert. The fire line to the south and west (closest to developed areas) has held all day.

According to the Arizona Department of Fire and Forestry Management, the Edwin Fire and the Dove Fire are each estimated to be 100 acres in size. The Edwin Fire is two miles northeast of the Dove Fire. The Edwin fire is said to be about eight miles away from Oracle Junction, and a tenth of a mile from two structures in the area. No evacuations have been ordered so far.

The Northwest Fire District is also assisting in fighting the blaze.

New fire in the Tortolita Mountains. Video taken of the ridge just north of the end of Dove Canyon Pass. Northwest Fire crews on scene with @MaranaPD. @azstateforestry enroute. No evacuations ordered yet. Updates to come as available. pic.twitter.com/uugQ7fMZaH

Fire reached the top of the peak seen in the previous video. The fire has not proceeded down the mountain which is a positive sign. Still no immediate threats to property at this time. pic.twitter.com/eesyLzYm7y