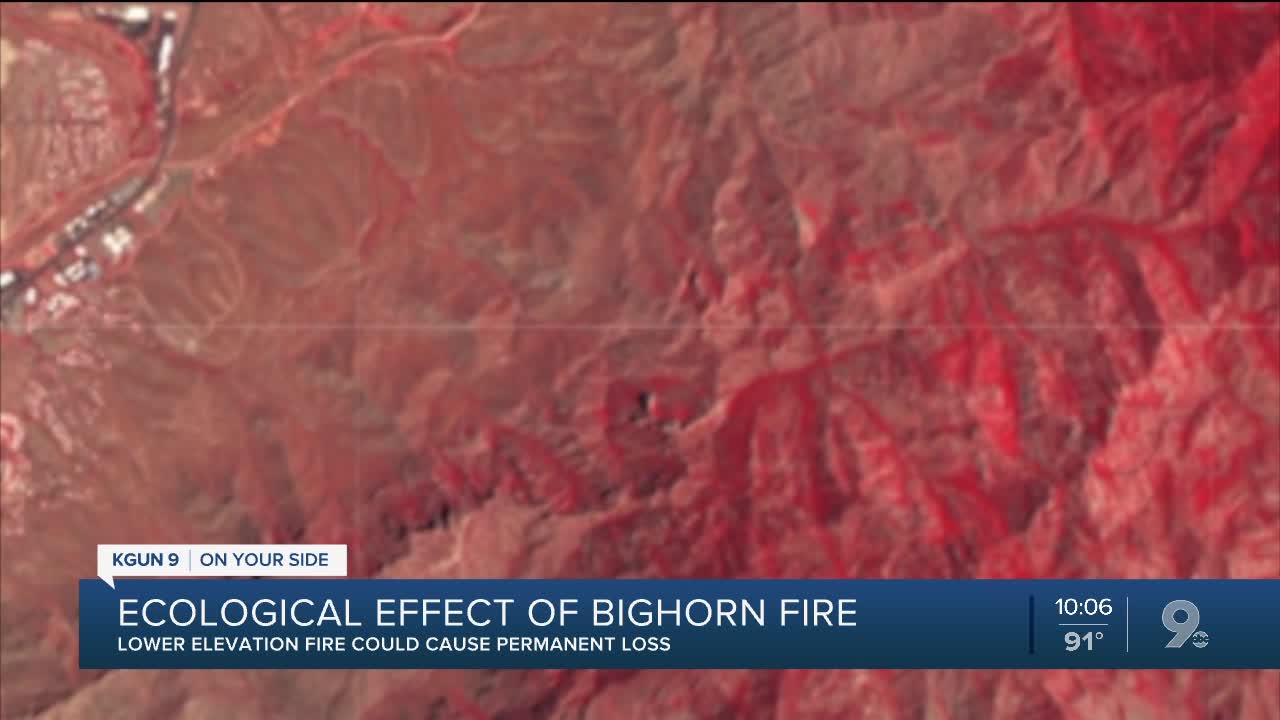 UArizona researcher says some vegetation could be lost forever.

On the mountains you have high, mid and lower elevations, the type of trees and vegetation vary on each level.

Dr. Laura Marshall, a researcher at the University of Arizona, said the saguaros that burned in the desert elevations of this fire, below 3,500 feet, might be gone forever.

"In the Catalinas you have mostly coniferous, so mostly pine forest at higher elevations. In the mid elevations you see lots of woodlands, lots of oak and grasslands. In the low elevation you come down into the desert," Marshall said, that is what is fueling the Bighorn Fire.

Marshall is an expert on mountain forests at the the UArizona's School of Natural Resources and the Environment.

"A lot of that area has not burned at all in the past 50 or more years."

Because of that she said this fire had plenty of vegetation to burn.

"You could expect an oak woodland to burn maybe every five or 10 years."

She said most of the vegetation has adapted to the fire and can grow back in the mid and higher elevations.

"At the lower elevations it is unnatural. Where you see the saguaros growing and grasses around them, that's the invasive buffelgrass moving into the lower Sonoran Desert, that's very bad and very unnatural."

Marhsall provided a photo as an example of what that invasive grass looks like growing in a desert, this she said, could be causing the fire to spread to the lower desert system.

"Those systems are not adapted to fire, they would burn maybe every 400 years you might see a fire in the Sonoran desert."

A satellite photo taken on May 29th by the U.S. Geological Survey, provided by Marshall, shows vegetation in red and bare land in black.

Dr. Marshall says researchers will continue to examine satellite images and the terrain around the fire once it's contained, that will give them a better understanding of what was lost in the Bighorn Fire.