Learning through play is main focus at new center 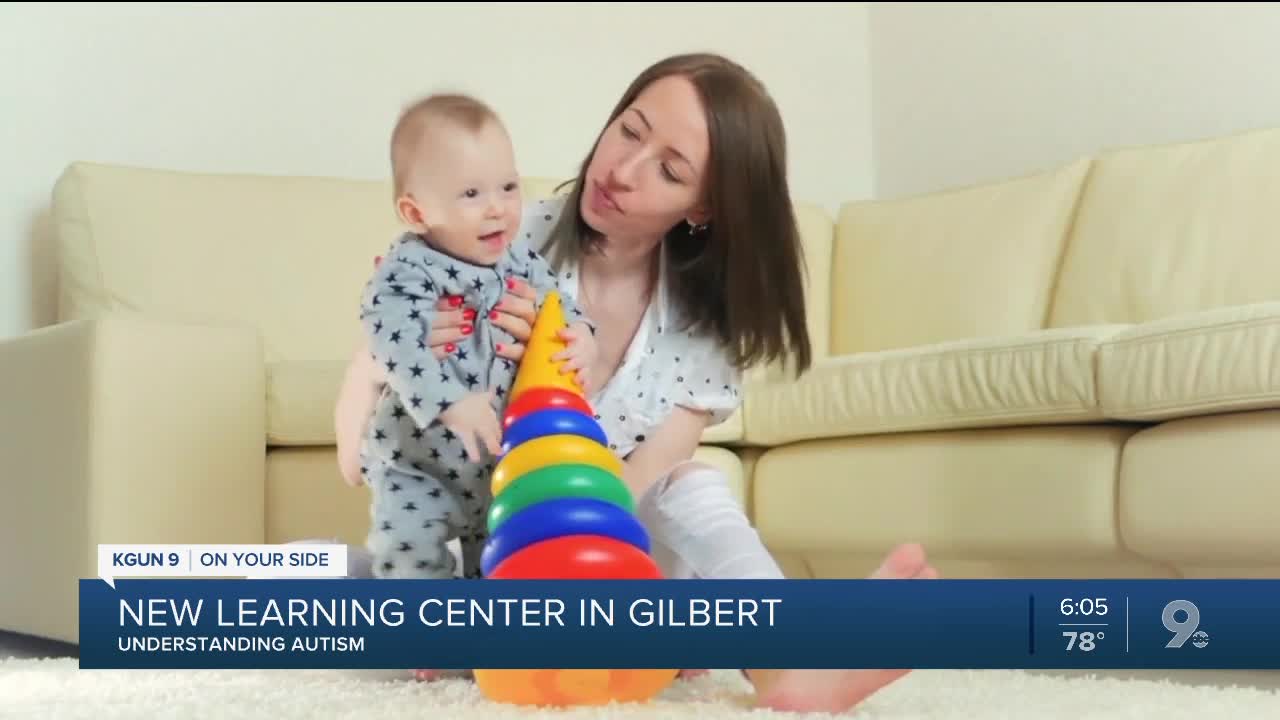 An autism learning center is a place where social interaction between children with autism can be facilitated in a school-like setting. GILBERT, Ariz. — Autism Spectrum Therapies is a company that provides applied behavioral analysis (ABA) services in the Phoenix area. It now has a new learning center that opened in Gilbert a few months ago.

An autism learning center is a place where social interaction between children with autism can be facilitated in a school-like setting. And learning through play is what AST said is it's main focus.

"Our learning center in particular is designed to transition from one room to one room. Each room has its own individual focus," said Julianne McKenzie, the assistant clinical director at AST.

AST's learning center has rooms for different types of play. Two rooms for imaginative play, where a child can use the kitchen set or the caterpillar and dress up clothes to pretend to be anything or anyone they want to be. A craft room where a child can create art and read during story time. A sensory room where a child can be a calmer environment dedicated to the senses. And a group play area where several children are together for "circle time" and can interact more with one another.

AST's original and first learning center location is in Tempe; but now with the opening of this Gilbert location, it said it can better serve folks in the east valley.

"When I found out they have a Gilbert office, when I was going through the early journey of Cole being diagnosed, I was really excited it was close to home. Because I'm a Gilbert resident, and so it just worked out," said Elizabeth Mangan, one of AST's client's mother.

Mangan and her three-year-old son, Cole, have been with AST for four months. He was diagnosed with autism in May 2019.

Because AST says it takes pride in its "family focused" approach, Mangan and her family thought it was a great fit.

"When we intake a family, we're really going to work with the family to identify any additional needed resources and we're going to look at how can we help this family as a whole, because when you build a support system around a child, you're going to find the greatest success for that child," said McKenzie.

The family is in the early-intervention stage of their life-long journey with Cole and autism.

"Cole is a twin. He has a sister that's his age and then he has an older sister that's six. Having the dedicated one-on-one person to consistent use language with him in the home, to consistently praise him. You know, moms are stretched a little thin when they have more than one child, and so having that person that is dedicated to that has just been amazing and I think has really helped him," said Mangan.

At AST a child can have a designated behavior technician that stays with them throughout their sessions, and helps the child navigate through social settings. The behavior techs can also continue the child's behavior plan and treatments in the home.

"And I've seen his growth exponentially go up in the short amount of time that they've been with him because of the model. I'm so grateful for it, because he's really thriving right now," said Mangan.

And like Cole, AST said it has seen an increase in socialization in the other children they serve.

"It's just really great to see the light in their eyes that shines bright when they are interacting with another individual their own age," said McKenzie.

While a diagnosis of autism can bring some fear, Mangan said she and her family have found comfort in AST and its learning center - in it's approaches and in the technicians and analysts that work for the center.

"A huge benefit to our family, and to my other kids is that, I am learning so much from watching them interact with Cole. And I get to apply that to the hours that he doesn't have somebody with him," said Mangan.

Helping her be, what she said, a better parent to all three of her children.

"There's so much information thrown at you and it is very overwhelming and ABA therapy has a little bit of controversy in it, and so just give it a try and see what's best fit for your family. Don't let the fears kind of get in the way of finding these types of services because it's really helped my family," said Mangan.

Autism Spectrum Therapies is hoping to open a Tucson learning center in the near future.