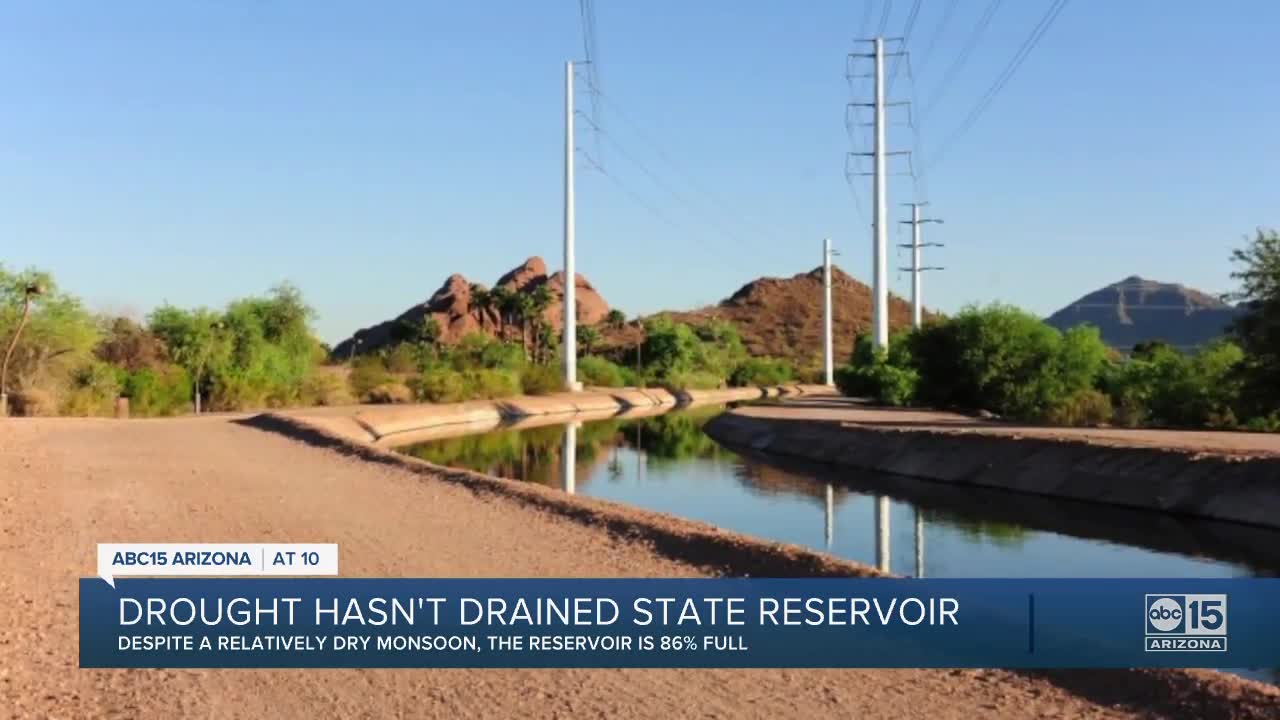 As of late August, the Salt and Verde River reservoir system is 86% full, even with little rainfall this monsoon.

As of late August, the Salt and Verde River reservoir system is 86 percent full, even with little rainfall this monsoon season.

It all comes down to when the Valley gets its rain and the time of water runoff, which typically occurs during the latter part of winter and early spring.

Therefore, droughts on the Salt and Verde rivers aren’t expected to be as impacted by climate change as the Upper Colorado River Basin, according to Dr. Bo Svoma, a meteorologist with the Salt River Project.

A hot and dry summer does impact water storage and streamflow, but according to a study done by SRP and the U.S. Bureau of Reclamation, the effects are minimal on local watersheds.

“Over the year, when you do the weighted average of summer and winter, it only amounts to 1 to 2 percent of streamflow impact for an increase of one degree Celsius," states Dr. Kevin Murphy, a hydro-climatologist at Arizona State University.

Although the Valley population has been booming over the past several years, the demand for water has actually gone down."Just ten years ago, SRP was serving about 900,000 acre-feet per year of water requirements for the Valley. Now it's down to 800,000 acre-feet," Dr. Murphy says.

That’s good news for sustainability, but the fire-ravaged lands of our state need some assistance from Mother Nature.

Dr. Murphy expects a wetter time period sometime in the next five years.

"As we've studied these megadroughts, they come and they go, they come, and they go, and they last from 10-30 years. Right now, we're at the 25th year of this one. Don’t be surprised if we see some wetter years. Our precipitation outlook is what’s really important in future climate change.”

To read the study conducted by SRP and the U.S. Bureau of Reclamation, click here.