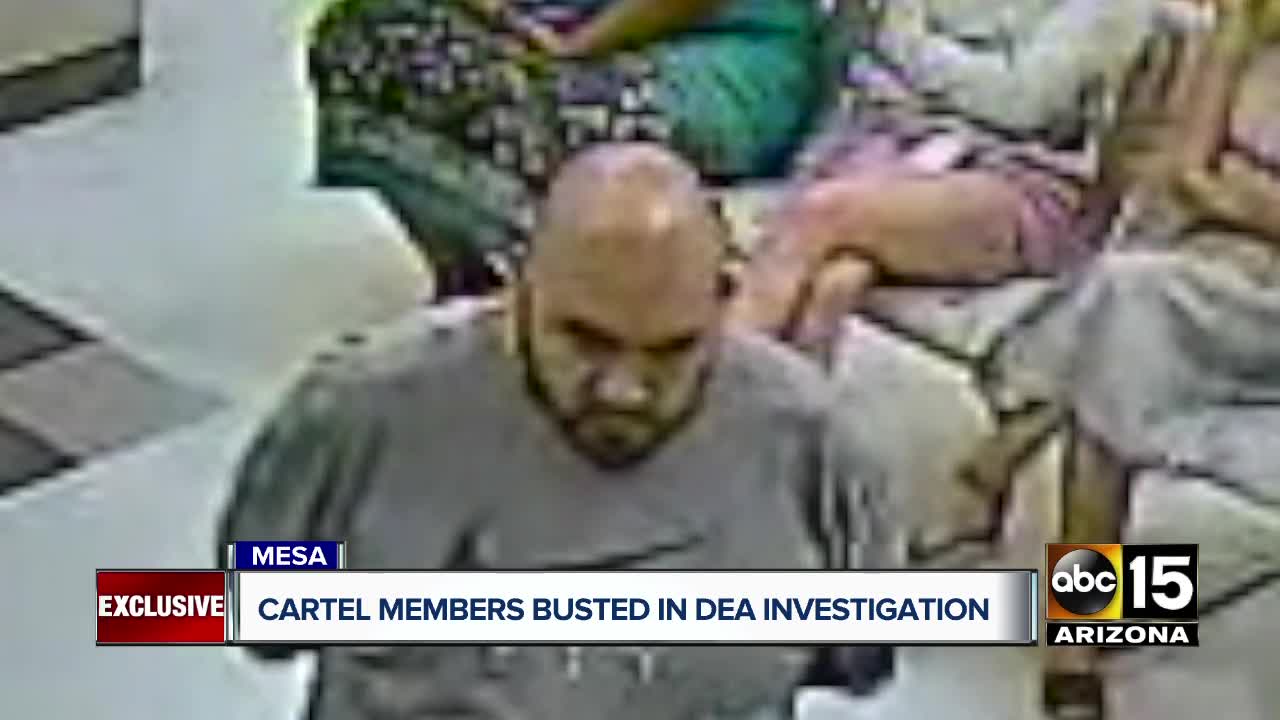 A federal and local drug task force arrests three members of a Mexican based drug trafficking organization in Mesa. 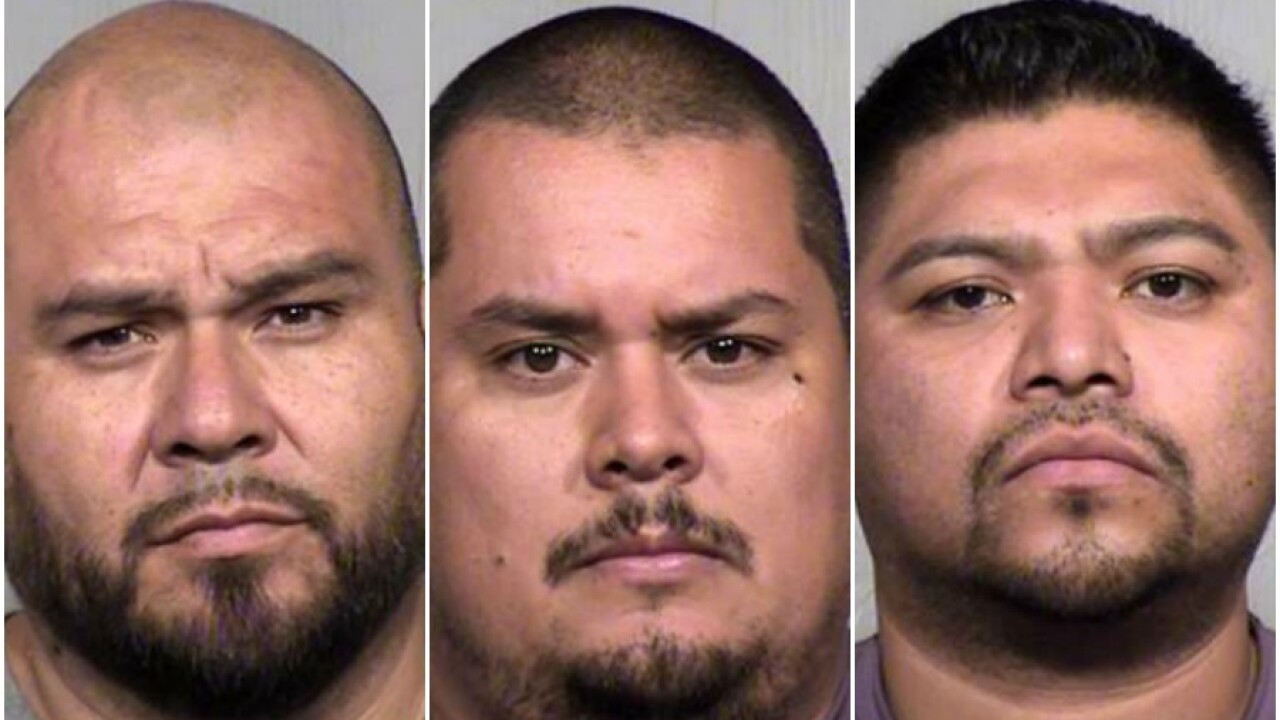 A federal and local drug task force has arrested three members of the Sinaloa Cartel living in the Phoenix area.

During the six month investigation, the agents took more than $200,000 worth of drugs from the operation and intercepted more than $75,000 in cash.

Starting in January, a DEA task force coordinated an investigation with Scottsdale police to target members of the cartel operating out of Mesa. The organization imports cocaine, meth, heroin, and fentanyl-laced pills from Mexico and exports illegal drug money back across the border, according to court documents.

Investigators identified Carlos Armando Perez Gutierrez, 38, as a member who stays at a drug stash house near Hayden and McDowell roads. Investigators say Gutierrez directed a vehicle into his backyard where kilos of drugs were unloaded. The car was allegedly loaded with boxes of ammunition, hidden in a secret compartment in the radiator.

Another member, Alfredo Rios, 44, reportedly communicated with another cartel dealer, Ivan Garduno Valencia, 35, saying the drugs had arrived and they "looked good." Investigators say Rios told Valencia to meet him at a Mesa tire shop and the drugs would be found inside a tire.

Authorities intercepted the vehicle and reportedly found nine bundles of cocaine, heroin, and fentanyl hidden inside the spare tire. The driver allegedly told police that he was taking the shipment to Las Vegas.

“With these three arrests, we were able to identify and arrest a cell head, another leader, as well as a retail dealer. So that's three people in the hierarchy that we were able to take out, in just that short amount of time,” said Erica Curry, spokesperson for the Arizona DEA.

Rios was allegedly found with $40,000 wrapped in three bundles in his car and another $15,000 in cash at his home near Mesa Drive and Southern Avenue.

Detectives said Rios was living at the home with his wife and kids. When law enforcement raided the house, Rios threw a door, with nails sticking out, at the federal agents. They also found two guns in the home, which Rios was prohibited from owning as a convicted felon.

When investigators raided Valencia's house, they reportedly found cocaine and "two jugs of Lidocaine" that is used to cut cocaine, according to court records. Investigators also found ledgers documenting the group's drug sales.

Agents and detectives spent months surveilling the homes and stash houses, as well as intercepting coded communication through a wiretap. They say the investigation into the cartel is ongoing.

According to court documents, the drugs were being shipped to Las Vegas, Colorado, Texas, and other states across the country.

All three men are being held on $250,000 cash bonds on charges of narcotic drug sales, money laundering, aggravated assault, and weapons misconduct.