Inside an Arizona police department filled with Brady list cops 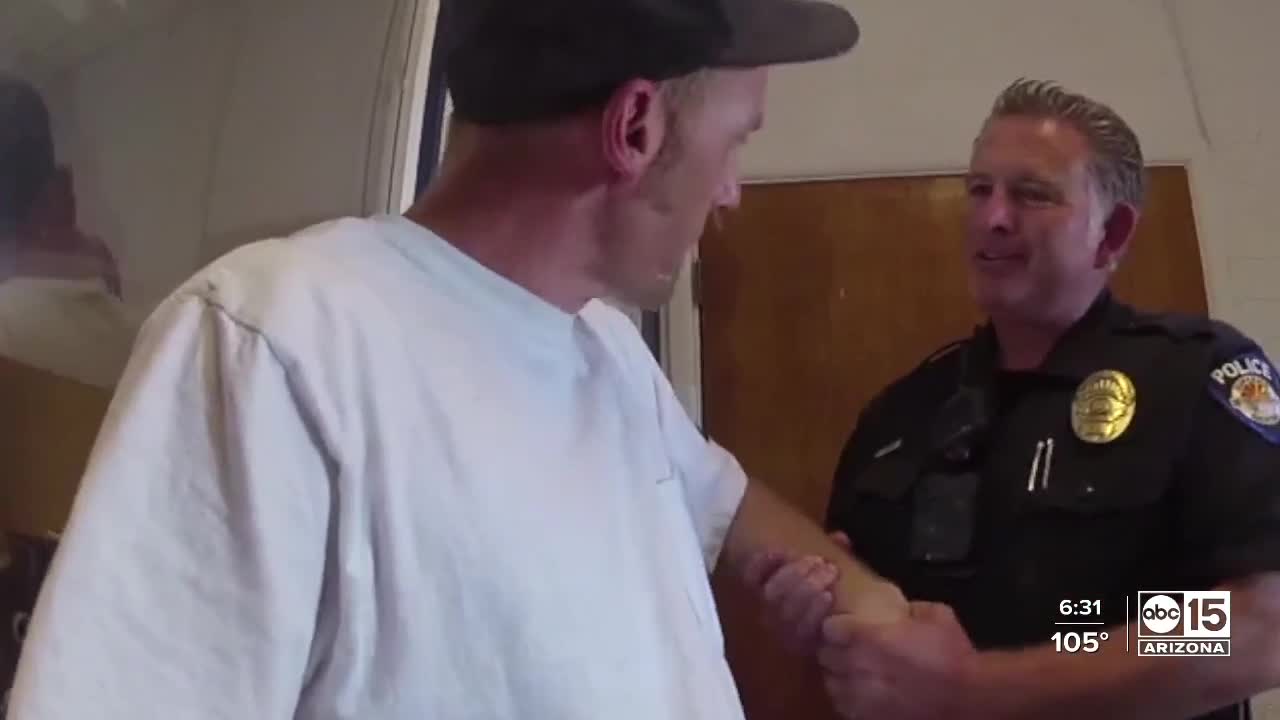 An ABC15 investigation found Superior’s police force was filled with discredited cops, who were enabled by a broken Brady list system that let them escape lasting accountability and kept past transgressions hidden from disclosure. 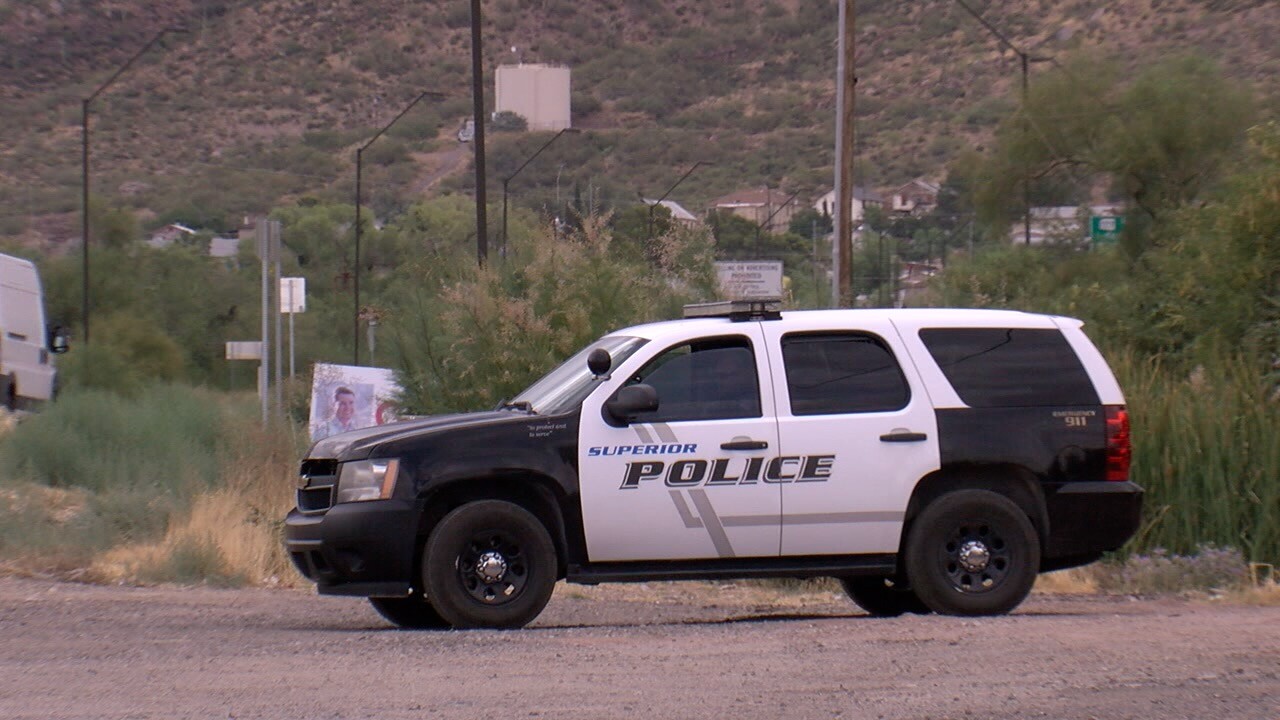 When Clint Peterson walked into the Superior Police Department, he had no idea what was coming.

Instead, within three minutes, Peterson found himself handcuffed, pinned on the ground under a pile of officers, and arrested for allegedly resisting arrest and hindering prosecution.

The charges, which were later dismissed by prosecutors, were based on false statements filed by a team of officers with histories of misconduct, dishonesty, and crimes.

“If you’re an officer, you should be fired one time,” Peterson said. “You should totally be expected to be at a higher standard, if you want that job, you know what I mean.”

But an ABC15 investigation found Superior’s police force was filled with discredited cops, who were enabled by a broken Brady list system that let them escape lasting accountability and kept past transgressions hidden from disclosure.

Peterson was arrested in March 2017.

At the time, six of Superior’s nine full-time officers had been fired from at least one previous job and ended up on a Brady list somewhere — although not all of them in Pinal County, according to records and data obtained by ABC15.

The earliest many Arizona counties began keeping Brady lists was around 20 years ago.

The lists exist so prosecutors can track cops with integrity issues and ensure their past misconduct is disclosed as required by the 1963 Supreme Court case Brady v. Maryland.

But there are major failures in the system in Arizona and what happened in Superior is the end result.

One flaw is there is no official statewide repository of Brady list officers or uniform standards. Each county attorney’s office keeps their own list in their own way, applying all different standards for what misconduct belongs.

Another flaw is a lack of mandatory outside reporting.

“The issue is that the prosecutors who keep them have no requirement to share that information with AZPOST, which is the organization that would decertify problematic officers,” said Jared Keenan, a former defense attorney now with the ACLU Arizona.

The Arizona Peace Officers Standards and Training Board is the state agency that licenses cops.

ABC15 compared Brady lists from every Arizona county to every AZPOST case going back to 2000. We found at least 400 Brady-level matters never resulted in an official case before the state board.

“If they don’t know about it, then these officers are going to be certified even in the unlikely event they were to get fired,” Keenan said. “They could move across town, to another county, even another state, and none of that information is necessarily going to be tracked.”

Peterson’s arrest was recorded on a reserve officer’s body camera.

The incident began when he came to the station to pick up a friend, named Aaron Maughn, who had been arrested hours earlier for drinking in public.

It’s a chaotic scene that’s easier to understand by watching.

[WARNING: The video below contains police violence and graphic language]

The incident reports are filled with untrue and highly-questionable statements, including a false allegation that Peterson refused to identify himself to the female officer and another saying he took an aggressive stance before resisting arrest.

“Not at all,” Peterson said. “They had my arms. I could not move my arms at all if I wanted to… They had complete control over me. There was nothing I could do.”

One of the key officers in Peterson's arrest was Christian Ensley.

According to personnel records obtained by ABC15, Ensley has worked in at least six Arizona police departments, either failing to meet standards, resigning under investigation, or getting fired for dishonesty. In 2010, he was required to undergo a psychological evaluation that determined, “he may be a poor candidate due to his moral self-righteousness, possible adjustment challenges, may be overly sensitive to criticism, and may be rigid and inflexible in his thinking.”

Another officer involved in the arrest was Commander Anthony Doran, who was previously fired from the Pima County Sheriff’s Office for having sex on duty, records show. In 2019, Doran was fired from Superior for again having sex on duty, which he recorded on his body camera. He also had pornography stashed on his work computer in a folder labeled “Fun Time.”

Police were likely agitated with Peterson because of what his friend had done the night before.

Aaron Maughn failed to stop for a traffic violation and was able to evade officers by driving off-road into the desert and ditching his vehicle.

One of the officers pursuing him, Martin Sosa, has his own similar criminal history. In 2012, while working for Phoenix police, Sosa was arrested for DUI and unlawful flight after he sped away from officers at 80 to 85 miles per hour, records show.

Officer Ensley and a reserve officer found Maughn at a gas station the next day.

The arrest was also captured on body camera and shows Ensley taser Maughn after he was handcuffed and laying on the ground.

When a bystander told the officers they were using excessive force, Ensley quickly approached the man, requested identification, accused him of trespassing, and told him to leave.

[WARNING: The video below contains police violence and graphic language]

The Town of Superior did not respond to an email request for comment.

In an interview, Pinal County Attorney Kent Volkmer said he believes Superior has improved as a department since the incident and thinks Peterson did “passively resist” arrest.

However, Volkmer said the officers unnecessarily escalated the situation and wished they would have handled it differently.

The Superior Police Department has faced lawsuits for excessive force, civil rights violations, and other misconduct.

A man named Richard Manriquez is suing officers for a 2016 incident, alleging excessive force and an unlawful search of his home based on a false statements to obtain a warrant.

The case, along with the corresponding incident reports and body camera videos, reveal disturbing behavior and unbelievable mistakes.

Manriquez, who’s in his mid-50s and is a disabled 120-pound man, was hospitalized after police raided his home and allegedly beat him.

However, none of the officers claimed to have their body cameras rolling, despite recording hours of footage leading up to the search and immediately recording video after he’s placed into handcuffs.

Manriquez’s attorneys also claim Officer Ensley used “false and misleading information” to obtain a search warrant of his home by claiming it was the primary residence of his nephew, John Soriano.

Soriano had been arrested by police earlier in the day.

He was the passenger in a car stopped for a cracked windshield, and officers found a small amount of marijuana and a pipe in the center console.

One of the officers who assisted in the search of the car and Manriquez’s home was Bryan Lawrence. Records show, he was previously fired from the Yavapai County Sheriff’s Office for lying to a supervisor. Lawrence was later fired from Superior for having sex on duty, "sexting" on duty in uniform, texting photos of dead bodies to people, and illegally searching his sexual partner in confidential databases.

The use of force on Manriquez wasn’t clearly documented in any of Superior’s department reports.

In depositions, his attorneys finally discovered which one of the officers repeatedly punched him during the raid.

It was Officer Richard Mueller, who’s worked for four different law enforcement agencies. Records show, he was fired from the Pinal County Sheriff’s Office for sucker-punching someone at a Tempe bar and then fleeing officers. He also worked at Globe Police after Superior and then transferred to Miami Police, where he shot someone in a controversial case last year.

“The Town’s former police chief referred to the Town’s police department as an, ‘island of misfit toys’ because it is a ‘second-chance agency’ hiring officers with extensive misconduct records who cannot otherwise get jobs as police officers,” the lawsuit states. “The Town hires substandard officers with extensive misconduct records to save money.”

He believes the entire department needs to be shut down with the town’s law enforcement responsibilities taken over by the county sheriff.

“This happens to people every day and they don’t do nothing about it,” Peterson said. “And that’s how it’s gotten where it’s gotten.”

But he said it took nearly a year to get them dismissed and multiple court hearings. For months, prosecutors threatened a lengthily sentence if he didn’t plead guilty and agree to a deal of six-month sentence.

Prosecutors never disclosed the officers’ past misconduct or provided the body camera video of his arrest to him.

“I was basically guilty until I proved myself innocent,” he said.