Firefighters busy helping people down mountains due to heat-related issues 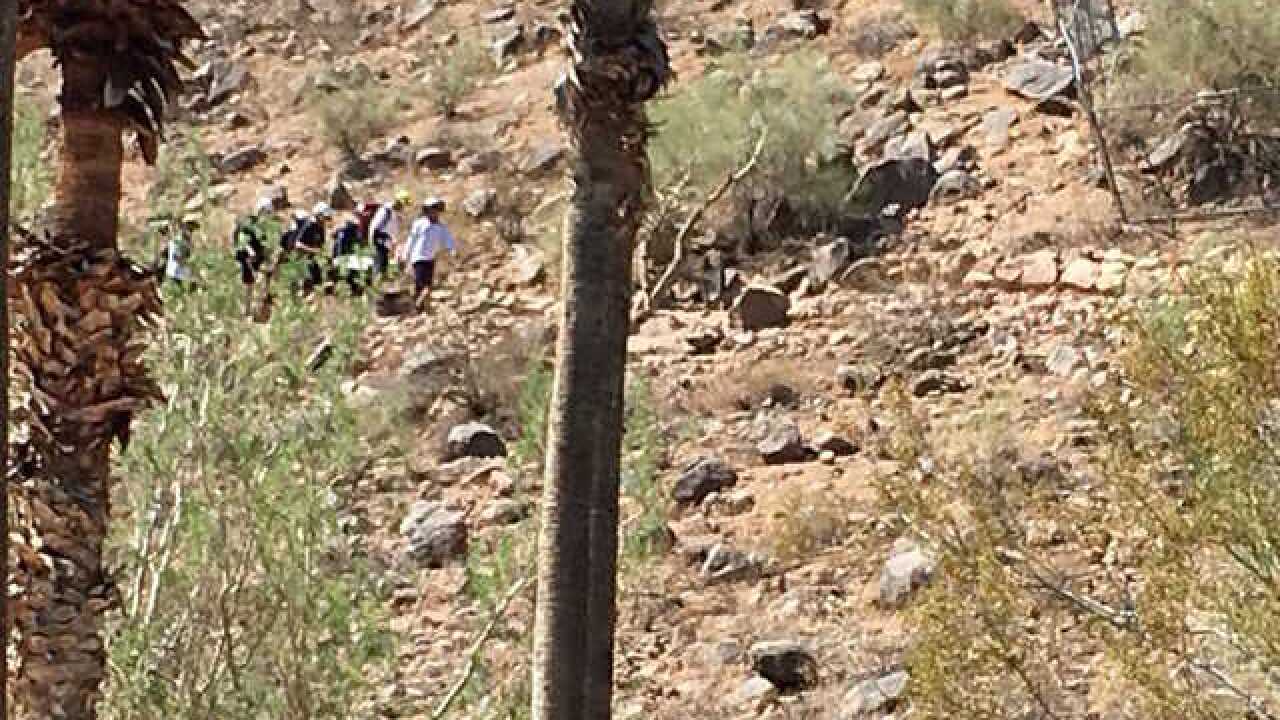 Firefighters were busy Sunday helping people down Valley mountains during five separate incidents involving heat-related issues. The mountain rescues come a day ahead of an Excessive Heat Warning being issued in the Phoenix-metro area.

Around 9:15 a.m., Phoenix fire crews responded to Camelback Mountain after receiving reports of a 33-year-old man who suffered an ankle injury and was overheated, a fire spokesman said.

A big wheel was used to help him down the mountain and he is hospitalized for heat-related symptoms, officials said.

Shortly after, firefighters were called to Pima Canyon Trail on South Mountain after a 43-year-old woman said she was out of water and experiencing vertigo on a trail.

Rescue crews used an IV to treat the woman and she was able to walk down the mountain with assistance, a fire spokesman said. The woman did not need to be hospitalized.

Officials say the two people were able to walk down the trail and not did need assistance after resting and dehydrating.

About an hour later, Phoenix firefighters received reports of a fourth incident at a mountain near North Valley Parkway and Dove Valley Road.

A fire spokesman says a 14-year-old girl was hiking with her parents when she began suffering heat-related symptoms.

The teen was helped down the mountain using a four-wheel vehicle, officials said. She was treated at the scene and did not need to be taken to the hospital afterward.

No rescuers were injured during the incidents in Phoenix, fire spokesman confirmed.

A fifth incident was reported on the Sunrise Trailhead in north Scottsdale where an injured hiker was helped off a mountain by helicopter, authorities said. The hiker is in stable condition and no additional information was released.

As of July 1, the Phoenix Fire Department had already responded to 125 mountain rescues.

An Excessive Heat Warning is in effect Monday through Wednesday. As a reminder, it's best to stay indoors as much as possible and keep yourself hydrated.