FD: 17-year-old rescued after being stuck in shaft while riding ATV in New River 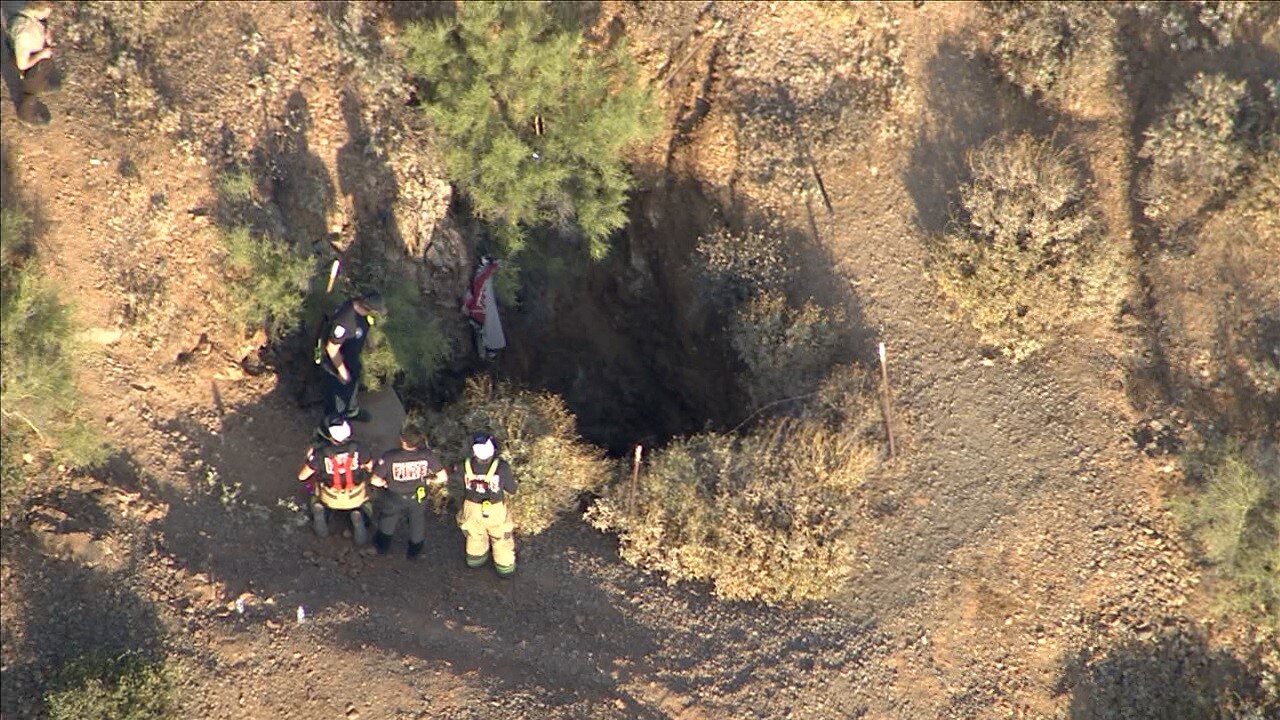 Daisy Mountain Fire officials rescued a 17-year-old boy after he fell into a shaft near Desert Hills Drive and New River Road.

MCSO officials say the call came in at around 6 p.m. after the boy was riding a quad and fell into the shaft.

34 units responded and a full rescue team dropped into the mineshaft at 6:45 p.m. He was transported to Phoenix Children's Hospital for an evaluation, MSCO says.

Firefighters have rescued the young boy from the shaft, it is unknown on his injuries but he is alert and talking with rescuers. He will be flown out to Phoenix Children’s Hospital for an evaluation. Great job by all first responders on scene. pic.twitter.com/uYpue5CRbr

It is unclear if he suffered any injuries, however, fire personnel say he was alert and speaking to the rescuers.

Watch live video from scene below: