Arizona lawmakers sound off on rise of school shootings 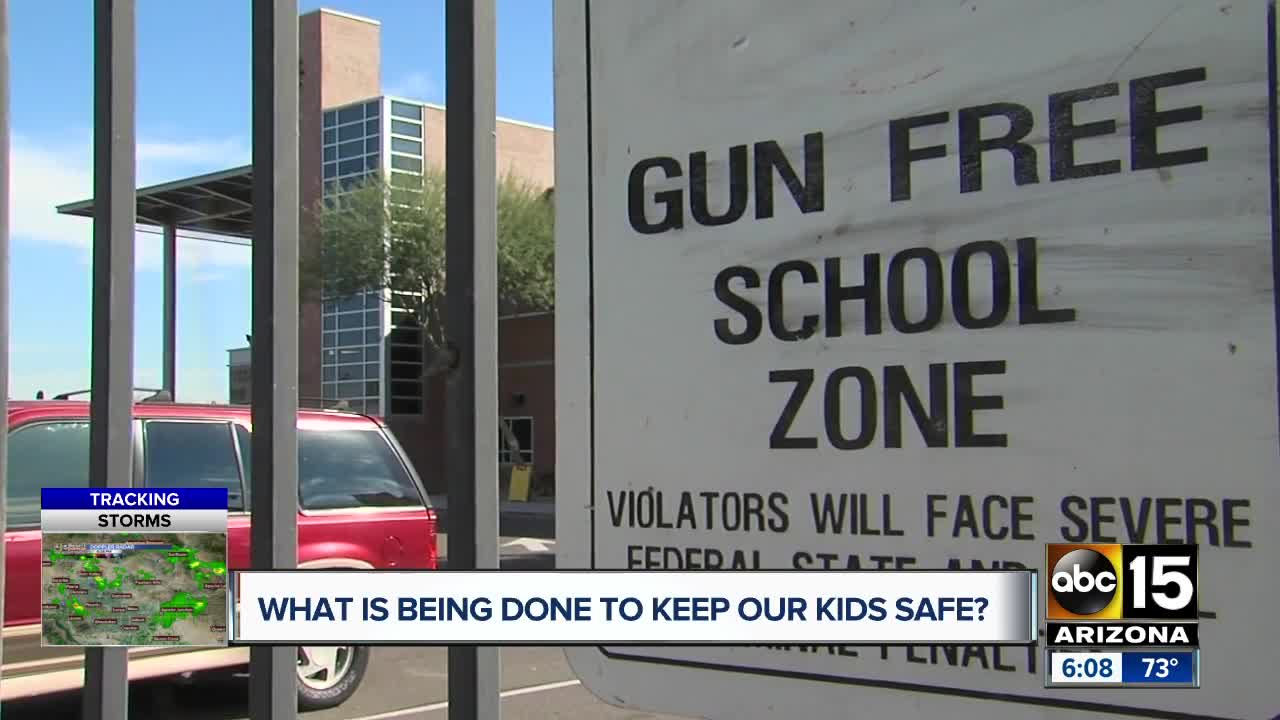 What Arizona politicians are doing to protect our children.

After the recent school shooting in Colorado, we asked lawmakers what they are doing to protect our children.

We reached out to every member of the House and Senate. We heard back from a handful of Democrats and one Republican.

"As a mother, as a legislator, I'm scared to death," Democratic Senator Rebecca Rios said.

It's a frustration shared by Democratic Representatives Jennifer Longdon and Daniel Hernandez.

"It makes me frustrated that it hasn't gotten done," Longdon said.

"The leadership here in the legislature is not willing to let us move forward on pieces of legislation that could have significant impact on these kid's lives," Hernandez said.

However, Governor Doug Ducey says support for schools is coming. "The best thing we can do is pass the Arizona Safe School Act," Ducey said. "It has not only a stop order, severe threat order of protection, but it puts cops on campus."

Republican Senator Paul Boyer says he agrees funding for more school counselors is needed. He said he doesn't agree that more gun control would fix the number of school shootings we're seeing across the country.

"I don't know that any law would prevent them from getting it from mom and dad, who is more than likely a legally abiding gun owner," Boyer said.

He instead, pointed to his legislation that has failed, asking for an anonymous hotline to be made so kids can report potentially dangerous activity.

Democratic Senator David Bradley sent us a statement that said in part, "We must try to build as many safeguards as possible in an effort to curb these horrific incidents. The components of those safeguards are multi-faceted and include, but are certainly not limited to, providing easier access to mental health services in schools; creating an atmosphere in schools where it becomes the standard of behavior to let responsible adults know when a classmate seems to isolating him/herself or constantly seems angry and/or is making threatening remarks or gestures towards others."

"The STEM shooting in Denver is yet another byproduct of the failure of politicians to take a stand against the gun lobby and value children’s lives over guns. Legislative action is needed now. The governor and the legislature has an opportunity to do something meaningful for the people of AZ and reduce the chances this scene could be repeated here in our state. Will they have the courage to take action? Sadly, probably not. The special interest gun lobby will win again and our children will continue to grow up believing that drills to prepare for school shootings are normal."