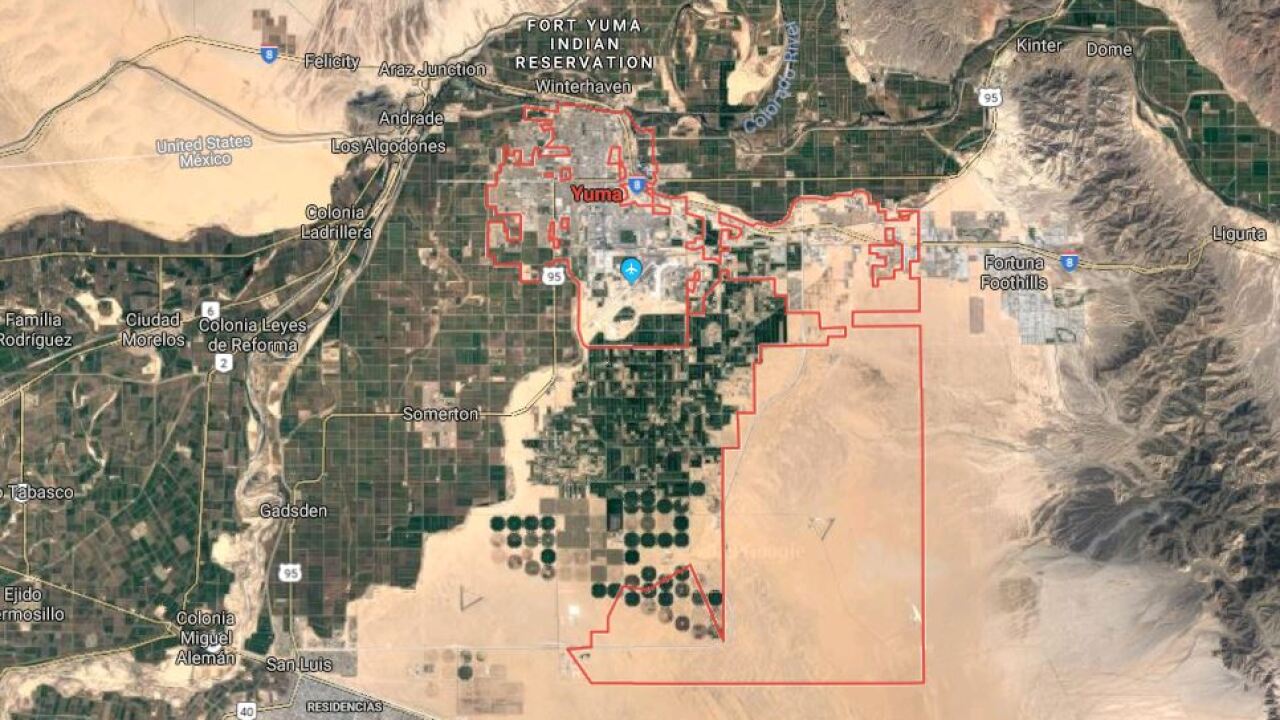 Villarreal, Phil
The search for a new police chief in Yuma is down to three candidates.<br/>

YUMA, Ariz. (AP) — The Border Patrol in Yuma, Arizona, say they found the remains of two dead migrants after arresting a man who said people from his group had been left behind.

The man told them two from his group had been left behind by the smuggler.

Agents found one man less than two hours later but struggled to find the other person.

They found the other man shortly after noon and near the word ``"help" written on the ground with an arrow pointing north.