Pedestrian deaths on the rise since 2016 in Tucson

Tucson is set to break a record this year when it comes to pedestrian deaths across town.

Tucson is set to break a record this year when it comes to pedestrian deaths across town.

According to the Tucson Police Department there has been a rise in pedestrian deaths over the last couple of years.

Executive director with Living Streets Alliance, Emily Yetman, says not enough has been done over the last several years to keep people safe on Tucson's streets.

"Well, I think we're seeing the result of having built most of our streets to prioritize speed and it's taken a while for that to catch up with us but I don't think those incidents are going to go away unless we start addressing that and building our streets differently."

In the beginning of July, Living Streets Alliance received a $10,000 grant from AARP to help improve pedestrian safety at the intersection of 6th Ave. and 7th St.

The intersection pictured below was built in Austin, Texas. LSA says this is a concept they're looking into for when they build their temporary changes to the downtown intersection by this October. 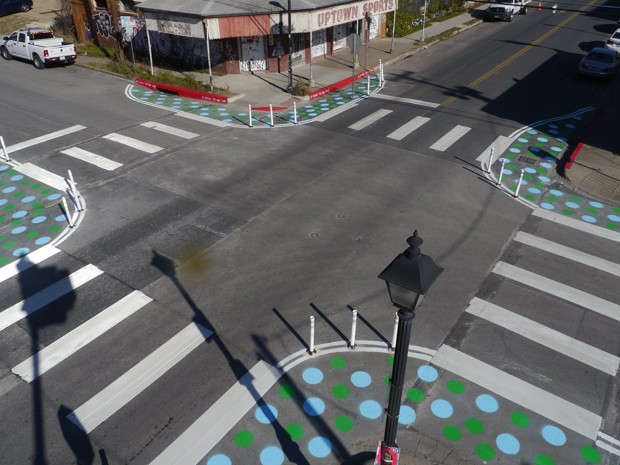 Yetman believes awareness and education are also key to keeping those walking to their destination alive.

"Well, I think we have a tremendous opportunity to do great things for Tucson and the people that live here by enhancing safety in our streets. We know that when our streets are safer, people can get out and bike more, they live healthier lives, they can get to the places they need to go."

According to the Governor's Highway Safety Association, Arizona has the highest rate of pedestrian deaths in the country.

Yetman says people dying after being hit by cars in Tucson is an epidemic.

Although she believes it is unlikely to stop all deaths on the road, investing in making streets safer by building better crosswalks and well-lit crossing areas are keys to success.

GIS data from the city of Tucson from 2012 to today displays an extraordinary map detailing pedestrian-related incidents. Using the interactive map below quickly demonstrates the need for change in Tucson with regard to the safety of pedestrians on our city streets.