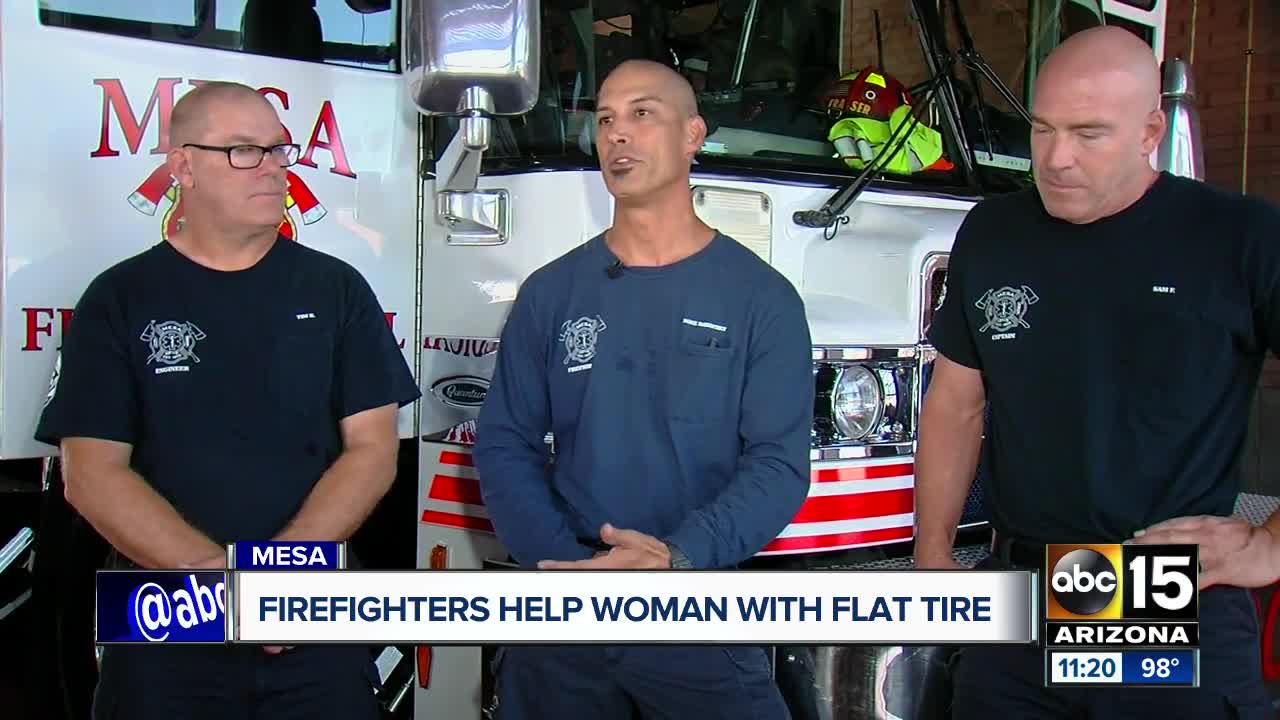 Mesa firefighters went above and beyond to help a woman with flat tire recently, and it was all captured on camera by the show Live Rescue. 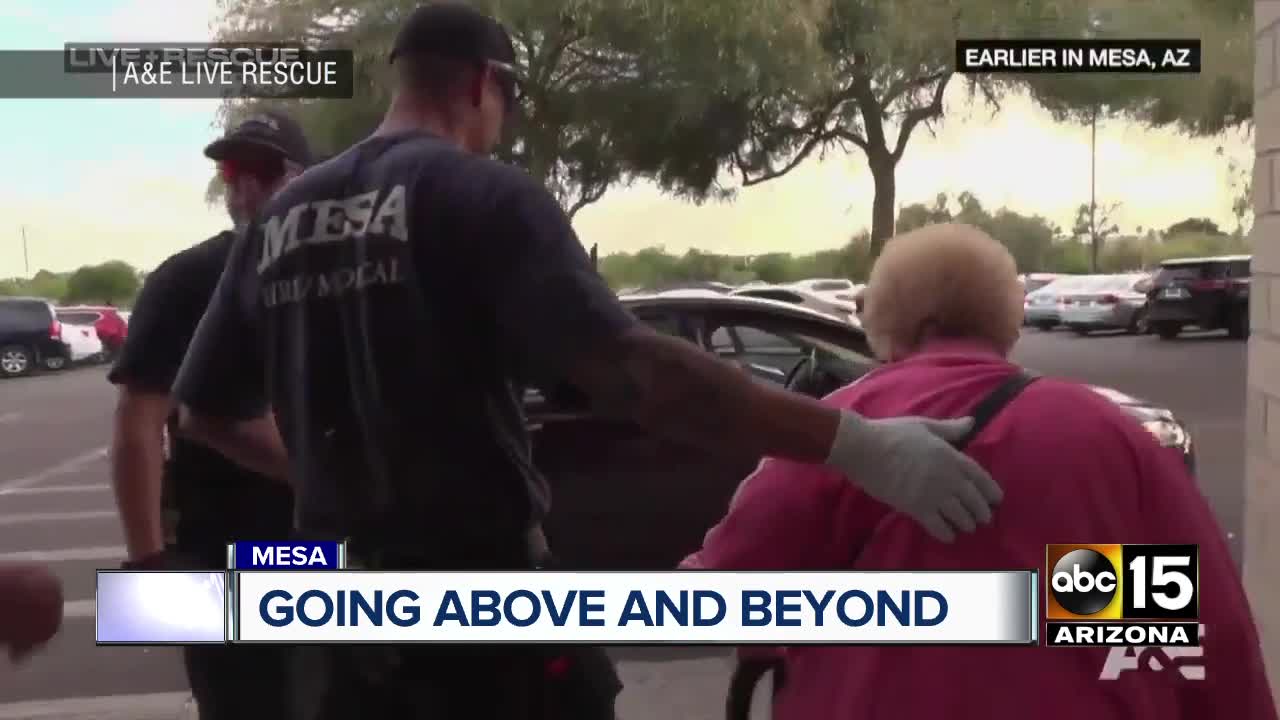 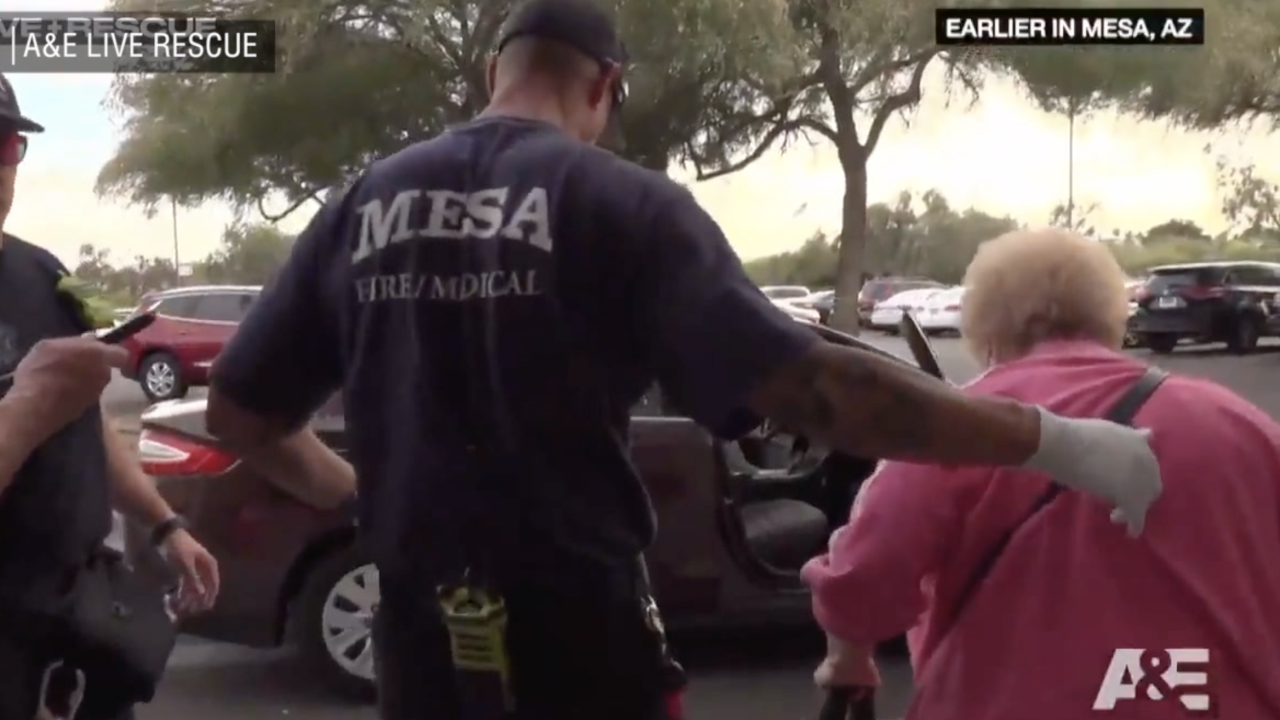 Mesa firefighters went above and beyond to help a woman in need. It was all captured on the show "Live Rescue," which features first responders across the country.

The crew at Fire Station 209 got a call about a woman having difficulty breathing in the mall parking lot at Superstition Springs Center.

When they arrived, they found a woman sitting in her car with a flat tire.

"It turns out Triple-A had called 911," Firefighter Mike Rakofsky said. "They had a caller on their phone that they picked up some distress from her."

The crew says the woman was actually breathing just fine, but was a little worked up after waiting almost an hour outside for Triple-A to come change her tire.

"We figured out that was her biggest problem at that point was just getting her tire changed and getting her headed home," Rakofsky said.

Rakofsky helped the woman back inside the mall, while the rest of the crew helped change the tire.

After checking the woman's vitals, they decided to drive her home.

"If our mother or grandmother or family member was in trouble, we would want somebody to step up an do the same for them," Rakofsky said.

They hope that moments like this one, have a positive impact on the community watching them.

"When they see us doing some of the things that they thought we didn't, it opens eyes to a different perception of us," Rakofsky said.