Young voters weigh in on the presidential election 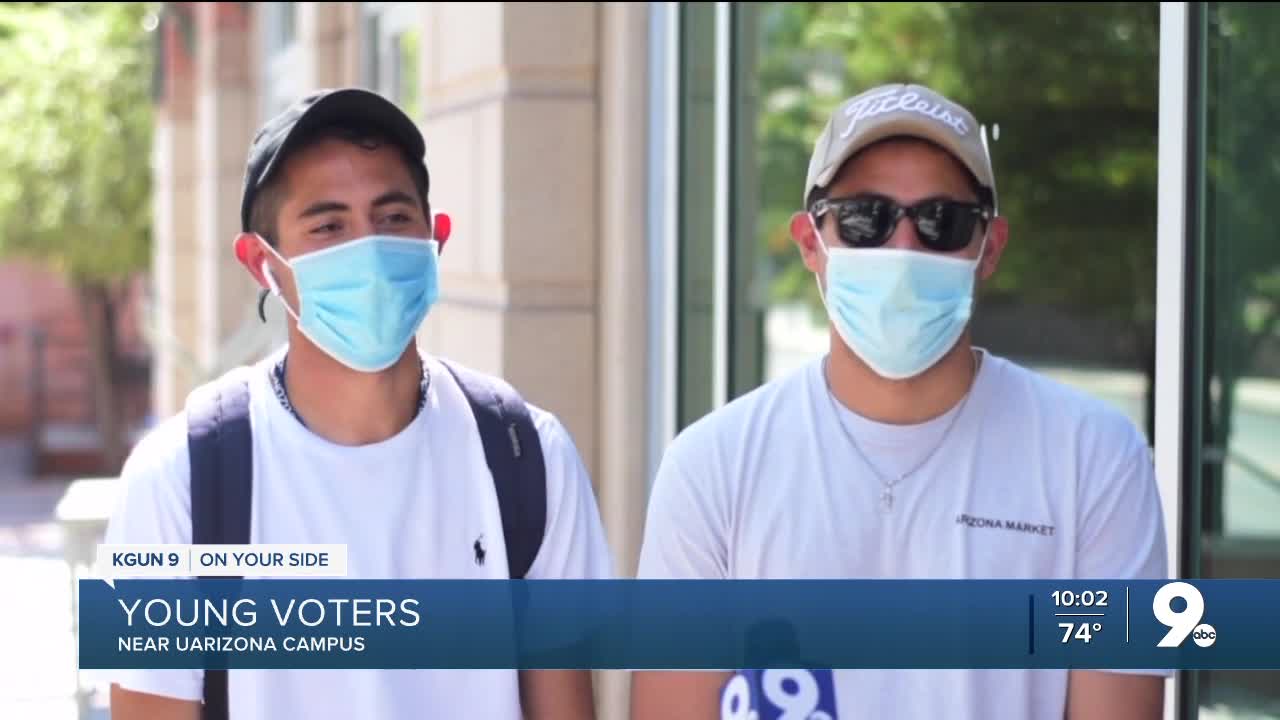 TUCSON, Ariz. — The Pima County Young Democrats and the University of Arizona's College Republicans agree that younger voters are vital in this election.

KGUN 9 spoke to five registered voters near the University of Arizona campus who weighed in on how they connect with the candidates.

“I do resonate with one of them, even though it is kind of difficult because of the age gap," said first-time voter Kalia.

She explained it's hard to connect with candidates that are much older than her, while her friend 19-year-old Alyssa is focused on what both candidates' plans are.

“I feel like both of them have pretty good ideas,” she said.

While 18-year-old Thu said she isn't into politics.

“To be honest I don't keep up that much with politics, I just know that a lot of people don't like trump. So, I'm not sure if I'm even gonna vote this year.”

Of the five young voters KGUN 9 spoke to, these are some of the issues that matter the most to them.

While Angel and Peter from Nogales said immigration is an issue they follow closely.

Both presidential candidates are roughly 50 years older than them, but the college republicans don’t think age is all that important.

“I think the difference mainly lies in what those presidents represent to us. How do they make us feel about their beliefs?" said Alton, UArizona College Republican president.

The young democrats explained the issues on the table are what’s motivating young voters.

“Our student debt is increasing dramatically job opportunities are dwindling right now. It's something that's really getting them to look at the candidates and see what they're bringing to the table,” said Trace Gallagher, president of the Pima County Young Democrats.

As for how both parties are targeting the demographic, the young democrats are focusing on social media.

“We've been holding forums, regularly via zoom and Facebook live. We are also we created our own voter guide that we are distributing to our membership demographic 18 to 35 registered voters that really aren't very active in voting so we're trying to reach out to them to motivate them this election season.”

The college republicans said they want their message on social media, plus they want to have one on one conversations.

“We need to get out on campus we need to spread our beliefs, you need to explain why we believe what we believe,” explained Jack Sinclair, member of UA College Republicans.

If you have not yet registered to vote, you can do so until October 23.